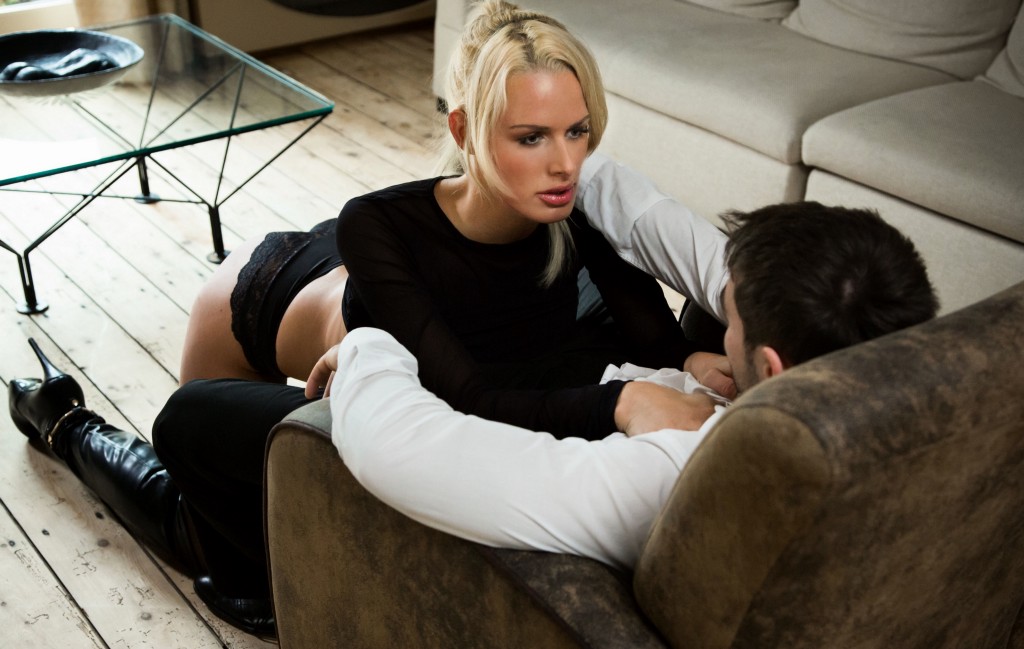 Life had never been easy, not growing up on the streets nor in foster families who might or might not be nice people.

But then whenever Moira saw spoiled brats she had known she was much better off, actually learning valuable life lessons they would never learn at all, or not until they were forty and left by their spouses. Maybe. Whatever.

The first and most important of those lessons had been to develop two separate personalities. Nice girl working hard for her place in life on the outside, and ever hungry and wild bitch who knew she could just take what she wanted on the inside.

The nice Moira had somehow made it to college, the wild side was lucky not to be in jail for all the shit she had pulled over the years.

Granted, she had come — very close — a couple of times and still was on probation for another year, but close to the line was always better than crossing it.

Came with a bunch of annoying shit though, like weekly visits to the psycho whose job it was to ‘repair’ other psychos. She sat in the waiting room, trying to stare the cute little assistant behind the counter deep into discomfort and fear out of boredom, not the hardest of challenges.

Probably the tattooed arms, or maybe the leather jacket or just the mix. Whatever it was worked just fine, and Moira felt satisfied to establish dominance without even trying. Cutie stared at her screen and avoided looking up again and just when Moira felt bored again the door at the other side of the room opened and Psycho-Steve waved her inside.

Not forgetting a dark glance as she passed the assistant, she made her way to the next room and closed the door behind her, before sitting down in the lounge chair opposite Steve, who sat on the black leather couch. That was part of his game, fucking with expectations and cliches to act like he was actually a nice guy and not just a shrink like all the others.

“You know, I think I could actually get used to these visits.”

“This chair is pretty damn comfortable.”

“And here I thought we were making progress.”

“I think a wise man once said: No progress is ever made sitting in chairs.”

“You are making that up, but point taken. Still you are here, which is a good start. So, how’s college going?”

“Better than most people would assume.”

“Is that a problem for you? What people assume about you?”

“Can we cut the psycho crap?”

“We can, if you tell me something that I can help you with. Then I won’t have to keep trying and prying and asking.”

Moira cocked her head, a weird thought crossing her mind. It had been a while since she had let anyone near her, and this time, place and the strangely okay doc had a bit of potential. Whatever, worth a try.

“You know what, there’s actually something you could help me with.”

“It’s been a while since someone really thoroughly fucked me, you know? Not just life, someone real.”

She noticed with amusement that he wasn’t taken aback, shocked or even aroused. Just stone-cold sober doc. Psycho, was what she was saying.

“I’m afraid that’s not on the list of services the state pays for. And don’t think I’m hearing that for the first time; for how tough you chicks act you sure are all severely underfucked if you pardon my French.”

Moira chuckled. For the first time since her first shrink meeting sometime in second grade, she drew something like enjoyment out of a session.

She pointed to the door. “And you are not? I’ve seen your little cutie out there. She sure looks all fancy and fuckable, but not as if she’s spreading her legs for you. In fact I’m not sure if she has ever spread her legs for anyone so far.”

“Not that I know of, certainly not with strangers like you seem to.”

Moira cocked her head to the side, almost unfazed by the insult. But before she could lose her temper a smile crept up on her lips.

“I thought you were supposed to be the person I can trust with all my problems?”

“Doesn’t mean I’m the one who solves them all for you. I can only help you identify them and then you have to resolve them yourself.”

Moira smiled and got up from her chair, letting her leather jacket glide onto the seat behind her.

“You helped me identify my problem of being underfucked as you put it so nicely, so now I’m trying to resolve that.”

Then she walked over and before he could prevent it she turned around and sat in his lap, leaned against him and looked at him from the corner of her eye.

“I bet you those chicks who have made advances on you have never come close to actually trying, have they? All talk, no walk?”

She felt his hands on her waist, trying to lift her up, but resisted by pushing herself against him.

“I’m not teasing you, I mean it. If I have to come here ever fucking week, we can at least use the time and be fucking every week.”

It was no secret to her butt cheeks that he was pretty hard and she knew she had all but won him over.

“I’m supposed to help you with your skewed world view, not add to it,” he said, but it sounded like the weak attempt it was.

“Come on, Doc. We both know there is nothing wrong with my head and that I simply grew up under difficult circumstances. Fuck, I made it to college for god’s sake. Can’t I have some luck in this world every now and then? All the hard work” — she let her fingers run over the bulge in his pants — “and what do I get for it? Two years on probation and that’s it?”

She had won. There was no need for him to say the words; his fingers moving along her hips to the inside of her legs and his lips on her neck were just as good as indicators.

And they felt good, both the physical touch and the satisfaction of having achieved something meaningful for a change. A refreshing change of pace to the guys she had slept with in the past, this man wasn’t rushing anything and seemed to have all the time in the world to explore her with his fingers.

He fumbled her belt open and Moira felt it press into her body when he pulled it tight to open it. Her zipper came undone without her doing and the next moment he had her lick his fingers before they found their way down to the welcoming darkness between her legs.

Moira started grinding her hips against him as much as down on his fingers, warming them both up when neither really needed any more warming up.

Suddenly it was her who felt the need to rush, she had not known that she was that desperate even a second ago. Shoes and pants were all that was necessary to get rid off, and a hard dick and wet vagina all the finesse they needed.

He felt good as she let herself glide onto him, big but not too big. She bowed down to share a kiss, but it turned into a breath cut short as Steve pushed his hips up, letting him glide into her in one forceful thrust.

Yes, that she could get used to. She closed her eyes and let her life’s choices pass her in a brief second, making her question her motives, life and choices just long enough to be surprised by another thrust she hadn’t seen coming.

When she opened them again the world had become a lot smaller, reduced to a couch and a half naked man that w
as healing wounds she hadn’t known she had.

It seemed that there really were no secrets either of them had to keep from the other anymore, and instead an unspoken agreement that neither of them would stop for anything.

She was so close, each thrust coming a split second before she expected it and a fraction of a second after the last one. He had her hips in a tight grip and was hammering her from below, making her wonder on each thrust why she hadn’t come yet.

In that moment the door opened slightly and Moira knew without looking at a clock that her half hour was over, that cutie had come to check on them before her face actually appeared in the door.

Their eyes met and for a split second both could see deep into the other’s soul. In that moment Moira could see a crushed desire hardening the other woman’s eyes, and the moment her face disappeared again Moira was overcome with a shivering wave of pleasure that shook her whole body so that only Steve’s hands prevented her from losing her balance.

Before she had a chance to come back to her senses she heard Steve under her whisper, “Oh god, I’m going to come.”

Moira knew that was only half of what he meant, he was really saying that he was going to come inside her if she didn’t keep him from it. Well, she wouldn’t.

Between a couple of breaths she uttered, “Do it, not the first. Won’t be the last,” which was all that was needed to send Steve over the edge. Or maybe it was her violently pushing her hips down.

He wanted to say something, anything really, but Moira smiled and pressed her still wet fingers to his lips and shook her head. He nodded, and for the first time ever she felt as if a shrink actually understood her a little.

They both got dressed in silence and shared a smile she had last shared when she had still believed in trust and friendship. Steve finally spoke again.

“I can’t say I regret that. Shouldn’t have done what we did, but I’d say we made definite progress today.”

Moira grinned and nodded. “You made a lost cause feel a little less lost. Actually I’m looking forward to next week.”

He nodded with his grin mirroring hers, then she left without another word. No need to waste words when everything was clear.

Moira closed the door behind her, then walked over to the counter, making it impossible for that bitch to ignore her presence. As soon as she looked up Moira’s world was in order again; a day without making a new enemy didn’t feel like a fulfilling day.

Before she could say anything, Moira smiled at her in the most innocent way possible, then asked, “Excuse me, can you please check if it is possible to reschedule my appointment next week to Thursday?”

They both knew there was nothing she wanted to do less, but that was okay. For Moira at least.

“4 p.m., last appointment of the day. Don’t wear so many clothes, and then maybe your appointment won’t run over.”

With another smile but without answering, Moira knocked on the counter, turned around and left, once more proving that causing havoc was the truest form of happiness.

I hope you enjoyed this story, if you did there’s always more at my Patreon page: https://Patreon.com/papd or here on my profile as well.