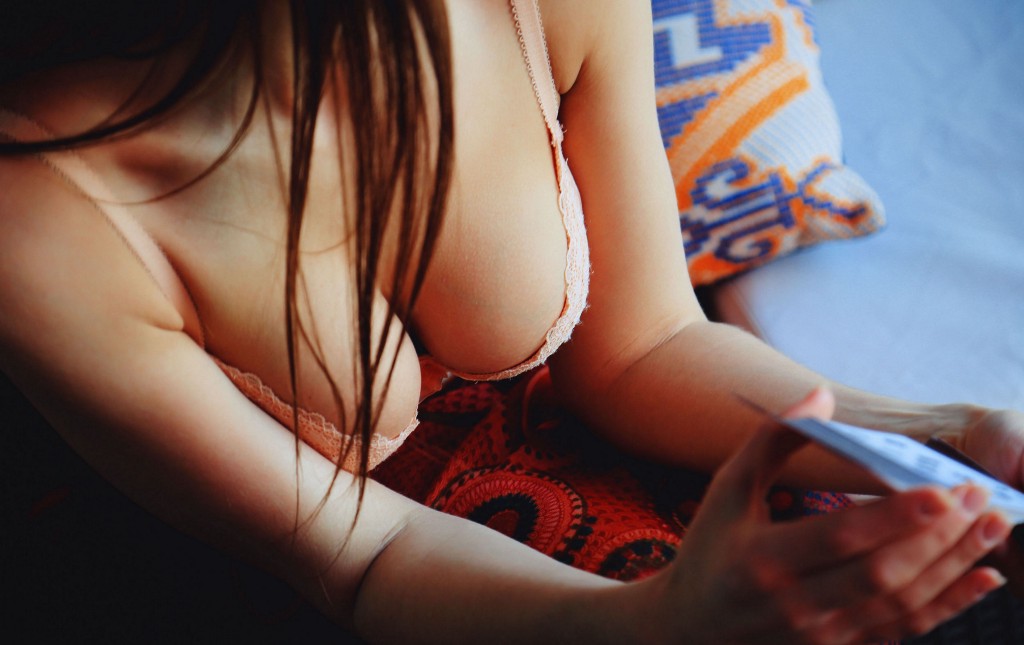 The invitations were sent. Charlie wasn’t sure if she would go. The invitation came from Jill, her co-worker. It was mysterious in its lack of specificity.

Come join me Friday after work for Game Night, my place 7:30, was all it said.

Jill was an acquaintance, not quite a friend. Charlie found her a bit brash, which contrasted with her own quiet demeanor.

She decided to go. She thought Jill was intriguing.

She rang Jill’s apartment number and was buzzed in and walked to the elevator, where a woman politely held the door open for her.

Amber was a striking woman, petite and of Asian decent. Long silky straight black hair arranged in a ponytail at the back of her head. She was dressed in a flowing red and white print summer dress. Charlie admired her straight hair and flawless skin. She had always thought if she ever made love to a woman, she would be Asian.

She shook her hand and said, “I’m Charlie and I work with Jill,” as the elevator doors opened.

The soft touch of Amber’s hand jolted her.

Unconsciously she held Amber’s hand as they entered the apartment. Amber looked down at their clasped hands and Charlie blushed in embarrassment and hastily broke contact. Amber smiled and said shyly, “I liked it too.”

Jill’s place was neat, mostly white and soft pastel decor. It was in contrast with Charlie’s expectation. She’d expected brash color and style more closely in line with Jill’s personality.

The next thing that caught her eye was the dining room table set up for a poker game. So that’s game night, she thought disappointedly.

Jill came over and greeted her warmly. “I’m so happy you came, and hoping you came to have some fun.” She winked and gave Charlie a suggestive smile with a hint of mischief. “Fix yourself a drink from the bar in the kitchen while we wait for Jessica.”

On cue there was a hard rap at the door. Enter Jessica.

She made an entrance, didn’t just come in. She wore tight black jeans and a matching halter and makeup bordering on Goth.

She’d never been with a woman before.

Jill cleared her throat to get everyone’s attention. “Amber, Jess, let me introduce you to Charlie. She’s here to replace Kate.” Then turning toward Charlie she continued, “Our little group has been playing poker ever since college. Kate and her husband moved to Denver last month and we need a fourth and you’re it.”

Charlie’s eyes pleaded with Jill for a little more of an explanation.

Jill noticed and went on, “Our little group gets together about once a month to simply be women. We meet here since I live alone. Amber has an occasional live in boyfriend and Jess is also married. With that said, let’s get to the game!”

Charlie found her seat next to Amber and quietly inhaled her scent. She wasn’t sure if it was perfume or the aroma of her sex.

Jill, at the head of the table, began to shuffle and announced, “We always start with seven card stud. First two cards down and the third up. Wagering starts at the third card.” Then she laughed and added, “Ladies, let’s see if we can get through the first game this time.”

Charlie was nervous and wet.

She looked at the two hole cards; 6 of clubs and 5 of diamonds. Her up card, 3 of clubs.

Amber announced, “I bet Charlie’s panties.” She leaned over to Charlie, “If I win I get to take your panties off.”

After all Amber had an ace up.

“I bet Jess has to suck my nipples.”

The rest of the hand was dealt. Jess a pair of jacks, Amber aces over 3’s, Charlie a pair of 7’s and finally, Jill a 10 high straight.

Jill explained the winning bet had a two minute duration before the next hand was dealt, while opening her blouse and exposing her bra-less chest. Jess stood up, grabbed her by the hand and took her to the sofa and laid her on her back, raised her arms over her head and roughly took a nipple into her mouth and sucked hard. Jill arched her back encouraging Jess to suck harder and move to the other nipple.

Amber and Charlie watched until Amber said, “I will get your panties before this night is over.” Charlie felt a twinge of excitement.

“I am new to this,” Charlie said, with the hint of a nervous quake to her voice.

“It’s okay, I won’t do anything you don’t want me to, but I suggest you let your trepidation go to get the most out of it.”

The sucking sounds were drowned out by Jill’s moans, and Charlie noticed Jill’s hand between her own legs.

“The next hand will be five card stud,” announced Jill.

The deal was one down and four up, and the bet this time was on the third card, Amber explained to Charlie.

Jill left her top off so all could see her swollen nipples engorged red, courtesy of Jess.

The third cards were dealt and the opening bet was to Charlie with her pair of sevens.

“I bet Amber can have my panties.”

Jill laughed and said, “I think you get the game now!” When Amber’s turn came to bet she laughed and asked for Charlie’s panties again.

They won, stood and went over the couch. Amber, instead of reaching for Charlie’s panties, kissed her gently on the mouth. Charlie’s reaction was instant as she parted her lips and their tongues met. She reached under the summer dress and pulled her panties to the floor, stepped out of them and handed them to Amber. She brought them to her face and inhaled the scent. They were damp. Amber went back to kissing Charlie. They fell onto the sofa.

Charlie, no longer inhibited, placed her hand on Amber’s leg just below the knee and massaged up to her inner thigh. Breathing was heightened as she looked into the dark pools that were Amber’s eyes. She wanted to see her face change when she touched her pussy.

Her eyes closed and she gasped as Charlie felt her panties and caressed the hardening of her clit.

Watching them were Jill and Jess and they jointly decided to fuck the game and make Charlie’s first time a memorable one.

They went over to the couch and got both Amber and Charlie to their feet and guided them to the bedroom and Jill’s king size bed. Jill lit the aromatic candles around the room. The three women surrounded Charlie.

Each kissed her in turn, Amber’s lasting the longest at Charlie’s wish. They laid her on the bed after stripping off her dress. Modesty took over and she covered herself with her hands. Conflict engulfed her; she wanted Amber to see her and she wanted to see Amber. She was shy with Jill and Jess.

“Relax and enjoy,” encouraged Jill, “I’ve wanted you ever since we met at work.” With that she leaned into her and took a nipple in her mouth. Charlie responded involuntarily as her nipple stiffened and she heard herself moan. Amber heard the moans and took the cue to take the other nipple.

Charlie closed her eyes, arched her back and spread her legs. She was overcome and wanted more.

She felt hands, not knowing who was squeezing her breasts, who was playing with the lips of her pussy and whose finger was searching for her G-Sp
ot. Her moans got louder, her legs opened wider and she recognized it was Amber who was kissing her again. She greedily kissed her back. She wanted Amber to feel what she was feeling and found her bare breast and rock hard nipple and squeezed.

She closed her eyes again and imagined everything she was feeling was Amber.

Amber guided her head gently down her torso, allowing her to linger at each nipple and then at her navel. She licked the inside of Amber’s thighs on both sides of her pussy before parting her lips with her tongue. The moan she heard could only be Amber’s and instinctively she moved to her clit.

She looked up and saw Amber in the throes of ecstasy. She went back to her her and sucked her tongue and Amber sucked back. Their hands found each other’s G-spot. It was natural, they came hard and fast, both raising their legs and clamping down on each other’s hands while the waves crashed.

Lips never parted. Heartbeats slowed. Perspiration ran down their faces and between their breasts.

Jill said to Jess, “We found our fourth.”