I’m cheating on my husband 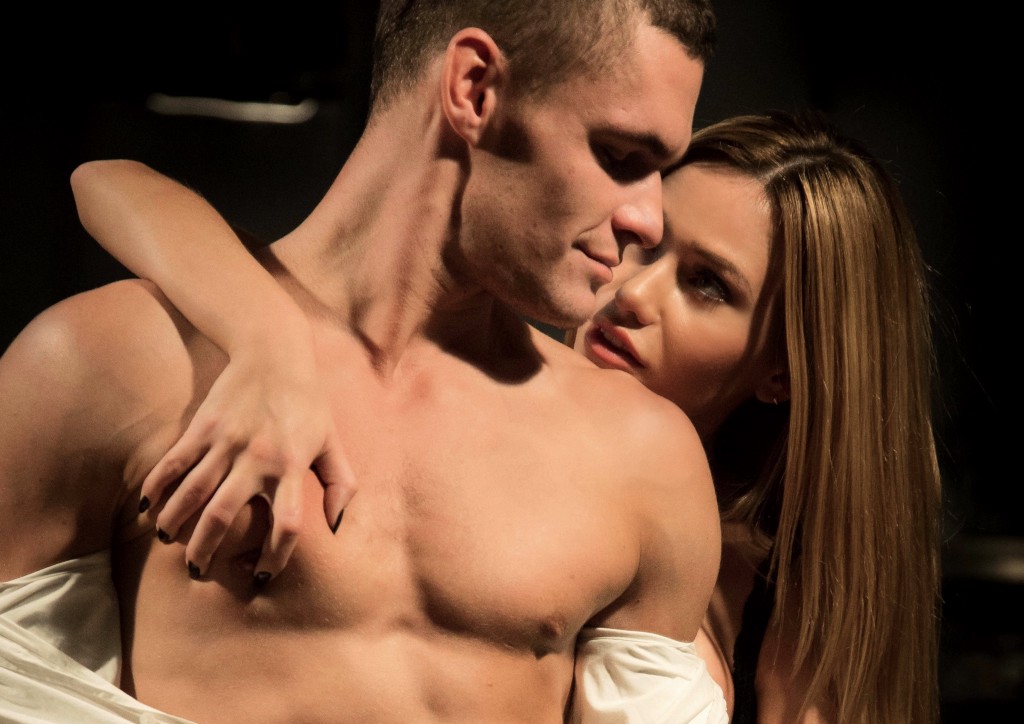 I hear the song on the radio, because it’s certainly not on any of my devices. I’ve deleted it everywhere.

But it’s still out there. And when I hear it play, I realize it’s still in here, the memory of that first time we cheated.

We met at a dance club. My husband doesn’t dance. I went with my friend Susan just to keep her company, and I met Jake. And we danced to that song. It’s not a good song to dance to. It’s white rhythm. Straight. But for some reason the mood of it really got us started.

It just seemed to fit us so perfectly. “So you’re a tough guy,” the song started, and I looked at my dance partner. He was a tough guy. He was a body builder. He was a Mixed Martial Arts fighter. My husband is an accountant.

“Like it really rough guy,” the song continued, and he looked at me through his dark eyes, like he was a rough guy.

And I liked it.

It really got me going. Clearly I was being the bad guy, out dancing with my single friend. What married woman does that? My poor husband Trey. He deserved better. “I’m only good at being bad,” Billie sang.

And before the song ended we were making out.

My friend was shocked.

“Lesley, what are you doing?”

But I gave him my number and he texted me the next day. We met up after work and had a drink. “Bad Guy” came on in the bar.

I was making out with him again like crazy.

“Let’s go back to my house,” he said after a while.

There’s nothing I love more than the feeling of being undressed for the first time by a man. But now that I was married, this ritual took on a whole new level of taboo. Each item of clothing, I went further down this road of no return.

He unbuttoned my blouse and he pulled off my bra. Then he unzipped my skirt. He got down on his knees and he pulled down my panties. And now he was at the end of the road. He had me, naked, on his bed.

I felt so “had,” in a good way. Possessed by the man who should not possess me. It felt so wrong and yet so right.

Then he kissed his way up from my feet to my knees to my mid section and then he was standing up again, facing me.

I reached down and undid his belt. He smiled. He knew what I was going to do.

In my head the melody to that song played, as I put his dick in my mouth. He was half hard, but soon all the way hard.

I stood up and kissed him some more. He took me by the hand and led me to his bed.

I lay down naked on the bed. The song in my head again. “I’m the bad type, make your momma mad type…”

I loved lying there naked on a new man’s bed. I felt so sexy and exposed. In fact, I felt like I hadn’t been seen naked in years. As though my husband were blind. And that finally a man could see my flesh, my nakedness, my nudity, my privacy, my womanhood. My sex.

He put his hand on my leg and worked his way up to my crotch. He started rubbing my very wet pussy. I lost myself to the song now, writhing my head back and forth.

And then he was on top of me.

Still, there was time to stop. Technically, his dick had still not entered me. No sin had taken place, really. I mean, just some fooling around. But there was still time to stop.

Oh, who am I kidding, I said to myself. Because there was no way for me to stop it now. Too much do I love the feeling of a cock when it slips in for the first time. Then you really get to know a guy. Until that moment, it was all conjecture. But once the tip of his dick is in you, you get who he is.

And the tip of his dick was so close to the entry point now. How was I going to stop this? No! I couldn’t!

He was something else.

His dick was so hard it felt like a baseball bat. But slowly, slowly slowly, he put it in me.

“Oh god,” I moaned, as I felt the new, illicit dick enter, enter, enter all the way in me. And I surrendered to it.

I’d never been fucked by a champion level body builder before. The veins were really sticking out on his arms. I mean, there was even a bulging vein on his neck as he thrust into me. And there were muscles on his buttocks. As I grabbed his ass and tried to thrust him into me deeper, I felt the twitching of ripped muscles in his ass contracting and expanding.

He was so strong, I felt like I was being taken prisoner.

I had a feeling this was going to be quite something. He thrust harder and harder, to climax, and then he suddenly pulled out and screamed.

A beautiful arc of white sperm shot like a missile out of his dick, and onto my stomach, my breasts, and then my chin. Another arc followed, and most of this hit my forehead and my hair. And finally, one more arc of come. This time it shot past me, and landed on the headboard of his bed behind me.

“Jesus! You’re in violation of the nuclear weapons agreements,” I joked. “That was positively ballistic.”

“You did it to me, baby,” he said, sweetly. “You really are a sweet, sweet fuck. Your pussy is like heaven. I want to be there every day.”

“Every day? I’m married!” I protested.

“You don’t act married,” he joked. And he kissed me deeply.

But soon he got pretty needy. He did want to fuck me every day. It was too much, even though it was so good. And I wanted to cut it off.

But then I would hear that song again.

“So you’re a tough guy, like it really rough guy,” Billie sang.

And she made me feel like I was a teenager like her. And I would text him.

Tonight is the last time, I tell myself.