Dinner With A Vibe 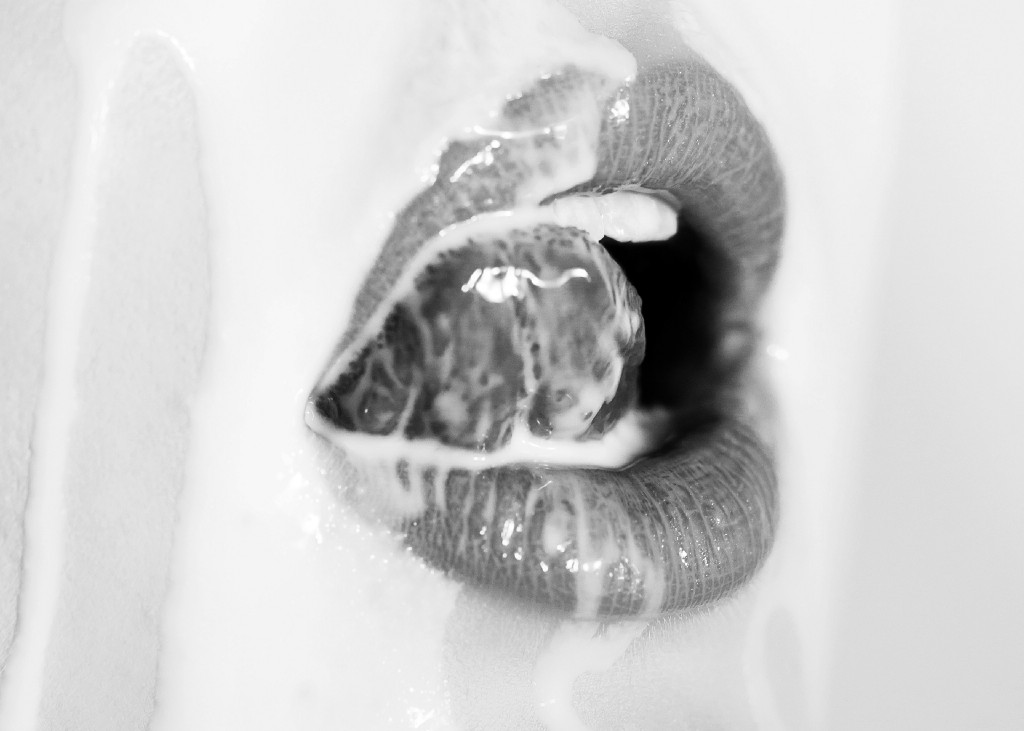 She talks louder than what feels natural to disguise the dull buzzing sounds emerging from under the table. The pizzeria seems especially quiet and she recalls the paranoid feeling of being a pot-stoned teen in public for the first time: ‘They all know [we’re high]!’

The waiter fills her glass and she could swear he’s giving her a wink. Her cheeks flush pink prosciutto.

I don’t know about this, she whispers nervously.

Sir smirks at her from across the table and fondles the tiny remote in his hand. She responds to the boost with a gasp and takes a large bite of her four-cheese pizza to muffle her moans.

Hmmmmm, that is some gooooood Quattro-Formaggio! she exaggerates, savoring the mediocre pie like fine Foie Gras.

Mascarpone drips down her chin and she manages to catch it moments before it spoils her silk shirt. Swallowing two fingers, she licks it off with a shrewd smile and lets them slide out, slowly, while looking Sir deep in the eyes. She loves nothing more than to tease him.

Despite staying cool as a cucumber, she knows from the glimpse in his eyes that he enjoys this far more than he lets on. Again, he clicks the remote. The added intensity jolts her back in her chair.

Watch out brat! he warns, gleefully, and clicks once more.

She almost chokes on her wine, gaaaaaah, this Barolo is ahhhhhh–eeeeeexquisite…

The other guests are looking as she savors her meal like a freshout ex-con. Their eyes burn her face, which is surely a deep marinara by now.

I think it’s time for dessert, he proclaims, we’ll take the panna cotta to share.

He slides back until his knee reaches the front of her panties and hits the switch a fourth time. Shuddering as goosebumps dance across her skin, she curses him again.

Excuse me? the waiter looks at her sideways while placing a jar of sweet creaminess at the center of their table.

Oh nothing, she mumbles.

She kicks him in the shin. He reprimands by accelerating her to the second-highest level. She can barely sit still and is convinced they're making a scene, but her vision is too blurred to make out her surroundings.

I don’t believe that’s your safe-word, and besides, you haven’t had your dessert yet. Open up!

He scoops a heaping spoonful into her open mouth and she can no longer contain her moans.

She has given up trying to salvage her shirt. A trail of white custard mixes with beads of sweat and finds its way down her cleavage. Tracing the stream back up, his fingers stop at her lips.

Shhhhh, not yet. Be a good girl and wait until I tell you!

His left hand disappears under the tablecloth, and beneath her skirt to find her slick, swollen clit. The other hand clicks the remote one last time before feeding her another creamy mouthful.

At the cusp of eruption for far too long already, she responds immediately, melting concertedly with the morsel on her tongue. Clutching the bottom of her chair, she rides the waves with her eyes rolling back.

The spoon drops to the floor. The room goes quiet for a few seconds before the hum of voices and clatter of cutlery reoccupies the vacancy and returns to normal.

The waiter retrieves the stray silverware and places it back on the table.

Are you two fine over here?

Yes, thank you, Sir assures. The food was excellent, but that panna cotta was the crowning point.

Tittering, she looks down to hide her Brachetto complexion.

I hope you’re not completely full yet, he grins. Let’s go get you cleaned up.

She takes his hand and follows him to the bathrooms, afraid to look back at what is likely a small puddle left on her chair. Opening the door to a private stall, he lets her go ahead so he can press against her from behind. The throbbing promise of a second dessert caresses her crack through layers of delicate textile.