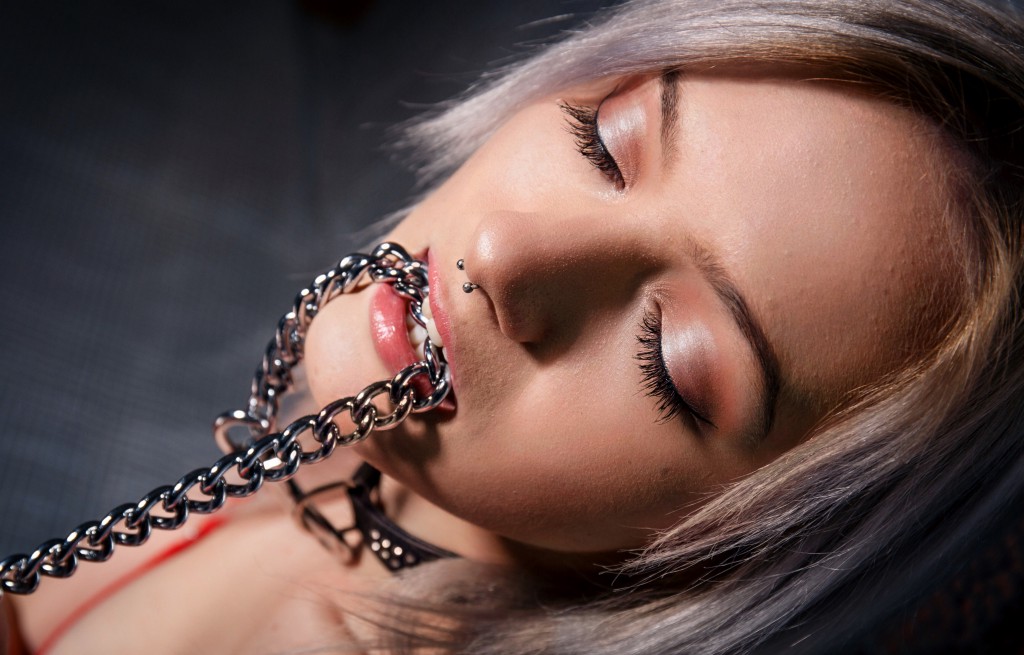 A Walk on the Beach

He nodded in seeming satisfaction, raising his eyebrows — which had the effect of simultaneously seeming both to invite and to dismiss questions.

Just another weekend with Jason Flood.

Just another intimate back-and-forth to keep — as far away as possible — from my best friend, and aspiring nanny, Devya.

She’d “grown” over the past few months, Devya; was much more accepting of, at any rate worked extra hard to give the appearance of accepting, my “lifestyle choices,” as she acerbically referred to my relationship with Jason, but the fragrance of her disapproval — or, perhaps more accurately, the delicate bouquet of her horror — of what I “let him do,” lingered always in the air.

“Let” is the important part of that phrase, though it was the word she seemed least able to genuinely hear: we had a gossamer web of understandings, Jason and I — scale spider’s silk in size and its tensile strength is greater than steel; nothing was being “done to me” to which I had not agreed.

For most people, I had to think, the more normal sequence would have led to a discussion of honeymooning.

It was a bit of a leap — from marriage to D&D — although, as a professor of literature at Columbia with a secondary specialization in Women’s and Gender Studies, not necessarily for Devya.

“Why?” I said finally, hearing only a slight quaver in my voice; Jason always had reasons; Jason was all about reasons.

“Indeed!” he said, going into motion again, continuing our late afternoon stroll along his private beach.

I hesitated for only a moment before following him — perhaps a metaphor for one of the foundational planks of our relationship: he led; I followed.

I leaned my head against his shoulder, lulled by the sea breeze, the sound of the surf, the gentle rhythm of his steady pace, leading us, sure-footed, across the shifting sands.

“I’ll leave Genevieve to go over this with you in greater detail,” he said quietly. “So!” he cried, moving-right-along, “Dinner this evening! What are you in the mood for?”

“What destroys most marriages?”

I hadn’t meant to echo Genevieve, but the question had surprised me — and it hadn’t felt like she was really expecting me to answer anyway.

It wouldn’t be right — not quite, at any rate — to describe her as someone partial to costumery, but there was no gainsaying that she always paid close and precise attention to matters of presentation.

She was sitting up in her bed, on top of the duvet, back against the headboard, long legs stretched out straight, one ankle elegantly crossed over the other, dressed in something you’d have to call both multi-layered and diaphanous. Arms bare, spaghetti straps, generous décolletage with a hint of lace, her dressing gown was French vanilla in hue, filmy silk; even when she was motionless, the garment gave the impression somehow of shimmering and flowing in a soft evening breeze.

I was perched on the edge of her bed, barefoot in one of Jason’s sweat-spiced, black, workout t-shirts.

“Lies,” I heard myself answer, voice a little flat.

I’d given the question no real thought — beyond immediately feeling like there couldn’t possibly be a good, universally accepted, answer; the word had just bubbled up, seemingly on its own.

“We are agreed!” she cried softly. “The rot,” she intoned, portentous, mocking, and somehow Shakespearean, “of dishonesty. Indeed!”

“Indeed,” I murmured, echoing her — and perhaps Jason as well — again. “But what does being debased and defiled have to do with honesty — or with marriage?”

In my head, Devya gave a brief and acerbic dissertation on the evils of The Patriarchy — touching on some legal points that came either from Louisiana and the Napoleonic Code or from A Streetcar Named Desire.

Leaning in my direction, Genevieve stretched out her arm and gently ran the back of her hand — her cool, glossy, French-manicured nails — down one of my cheeks.

“People think they know each other,” she said, her shoulders back against the headboard, “just because they’re in love. They think they know themselves,” she added, tone more tart than sour. “And then,” she gave something between a sad smile and a small pout, “life . . . happens. Some things fade; other things snap; ugly truths are revealed. We learn about ourselves; we learn about each other — about what we are capable of doing, about what we are capable of tolerating, about what we can and cannot bear. Mostly? Too late. Mostly? There is . . . breakage. With revelation? Comes irreparable damage.”

“So, what you’re talking about — what Jason is talking about,” I said, slowly, again feeling less like I was talking and more like I was listening to myself, channeling — all but ventriloquizing! — words and ideas that were simply being flowed through me, “is a kind of preemptive . . . stress testing?”

This time Genevieve laughed, a musical sound laced through with obvious appreciation.

“Because your marriage would be Too Big to Fail,” she said, clearly happy that I’d caught on so quickly. “Exactly!”

“What is he going to do to me?” I asked, a flutter in the pit of my stomach.

What did they mean?

Without menace but solemnly, Genevieve fixed me in her gaze.

“We will test your limits — ” she said quietly.

“And there will, of course, be reciprocity — ”

Jason, after all, was my Master; how could I possibly top him, if only briefly, if only — I had to assume — that once?

For the first time, Genevieve’s face took on a shadow of wistful sadness.

“No,” she sighed, pursing her lips briefly. “I will defile and debase Jason . . . on your behalf.”

“Something of a coda,” Genevieve said, her sadness unrestrained and clearly rising. “That will be the end of the better part of a sexual relationship between Jason and myself. I will be . . . ‘consigning him to your care,’ as it were.”

The submissive cares for the dominant?

Suddenly I had a lump in my throat.

What were we talking about after all, but the launching of a new life together — Genevieve inevitably to remain a crucial part of that, yet graciously preparing to pull back, to cede me space?

“The final stage for each of you,” she said, gathering herself again and becoming both brisk and somewhat brittlely enthusiastic, “will be a baptism. The courtyard in front of the house, I think,” she said, nodding. “Yes, in full sunlight.”

Jason and I had spoken little, if at all, about religion.

Was that what Genevieve was talking about?

I would have had difficulty articulating exactly what it was that I was converting from, never mind what I might be converting to.

Seeing my confusion, she looked at me full on and smiled.

“You misunderstand, I can see; that makes perfect sense. Jason will baptize you in his piss!” she said, as if this was the most natural thing in the world. “As he will be baptized in yours! Or, actually,” she amended, a final clarification, “in ours. We’ll do it together, you and I!”

“But you do not yet know, with any meaningful specificity, exactly what it is that these . . . rituals will entail?”

Dr. Fortinbras had arisen from her dusty ornate wing chair and briefly paced back and forth, seeming to survey East 6th Street from her fourth-floor bay window.

She paused for a moment, fixing me in her unsettling, iridescent green gaze, as if assessing my resolve, sniffing the air just once, as if scenting my mortified arousal — which had quickly come to accompany any discussion of this topic.

She nodded, clasped her hands behind her back — seemed to concentrate on the intricacies of her priceless, if worn, Isfahani Persian carpet — as she began to pace again.

Several long moments passed as I tried to — as I tried not to — parse the potentially infinite range of meanings in the subtle music of her humming and breathing.

A gifted therapist — or attorney, for that matter! — knows well the value — the weight! — of waiting, of letting time and relative silence do the slow, quiet work of water, seemingly frictionless, quietly erosive, relentlessly, patiently, etching stone.

You carve The Grand Canyon.

Someone ends up damp — with water up their nose.

I was pretty sure I knew what Dr. Fortinbras was working toward, the line of questioning she was going to feel constrained to pursue.

I let her pace and formulate and ruminate for a few very long moments — that time, that space, was “emotionally useful” to me as well.

We had never “included others,” for example; I had no interest in being, I was not going to be, shared — our relationship with Genevieve falling into a separate and distinct category.

That was different; call it what it was: she was simply family.

I fully expected a measure of pain; I had not the slightest doubt that I wouldn’t be damaged.

And then there was the matter of . . . humiliation.

That was the crux — or, perhaps better said, the crucible — wasn’t it?

Our mutual, abject, complete, and humiliating surrender to one another would bring us not shame but — the ultimate — intimacy.

That was the promise: we would break each other down in order to build Us up.

Fortinbras emerged from her rumination, stopped pacing, fixed me in her gaze — somehow balancing on a knife’s edge: cold analysis and warm sympathy; clear warning and cloudy support; sharp critique and soft exploration — and spoke directly to my own thoughts.

“This is basic theory of Basic Training,” she said, little bubbles of the grammar of her native Norwegian bobbing to the surface as — on rare occasions — it sometimes did. “You break someone down in order that you build them back up.”

She paused — to give one or both of us time to think, to digest, to breathe.

I nodded tentatively for her to continue.

“A broken thing — ” she resumed carefully, then paused and amended her language. “A broken person,” she said, eyes steady, “can heal into a form that is stronger than her original shape, yes?”

She paused again and I gave what felt like a required nod — acknowledgement if not necessarily fullhearted agreement.

“But this is — ” she steepled her fingers, then brought her thumbs to her chin, so that she spoke through hands held in a loose approximation, in an exploded version, of the position of Christian prayer, or a Hindu namaste. “This depends on whether or not the healing is genuine,” she said gravely, “a true fusing, a growing together, yes?”

“It cannot be,” her warning was sharp but not harsh, “that one is shattered and glued back together. We agree on this?” This time she didn’t wait for my nod. “There is no glue — not love, not passion, not hate, not need — strong enough, durable enough, to accomplish this feat of . . . reassembly. Not for any period of time.”

I held her gaze for as long as I could, then flushed and looked down, concentrated on controlling my breathing, my heart thudding wildly in my chest, my belly roiled by hot and cold waves of excitement, of arousal, of abject fear.

“I think that’s enough for this week,” Dr. Fortinbras murmured in gentle dismissal.

I felt myself nod in mute agreement.

Jonzelig Follow
« A Fiery Foray
I’m cheating on my husband »