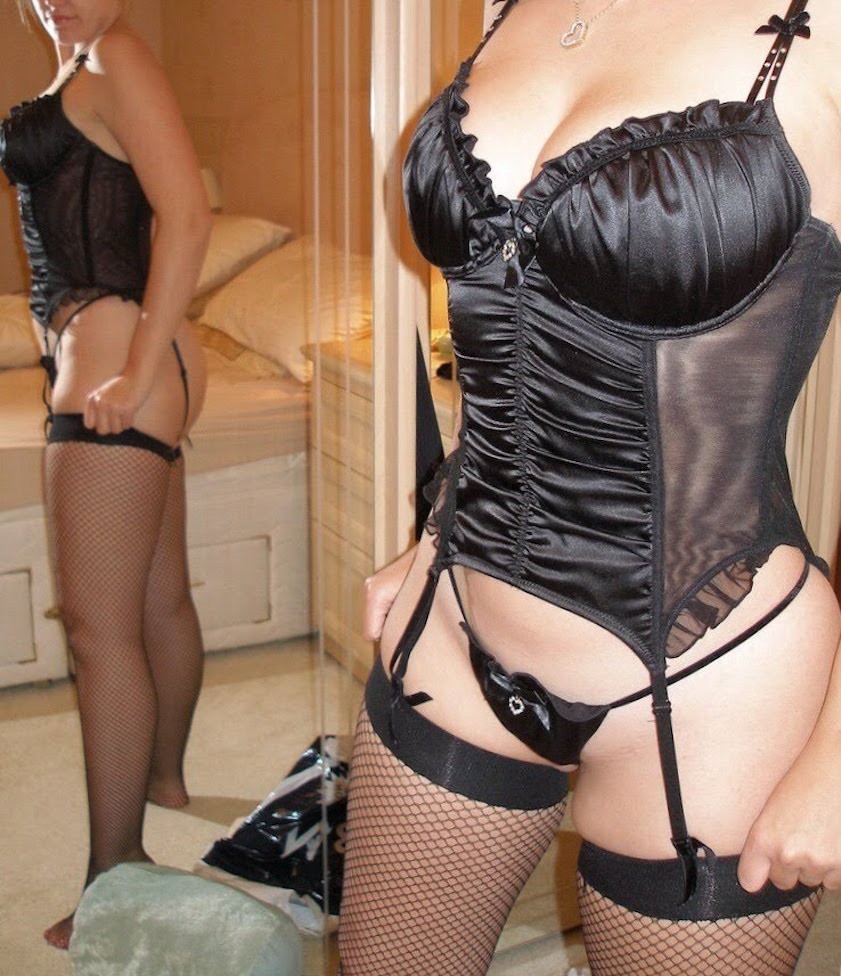 An excerpt from my recent novel ‘No More Keeping Secrets’. A hotwife and her husband head out on a fun night to see about scoring suitable men to bring home . . .

“I can feel it, darling,” my wife Elsa said to me as she adjusted the top of her dress to accommodate her bosom for what seemed to be the fiftieth time she had done it since we left the house that evening. “I can feel it strong. I’m going to score tonight.”

She turned to me when she said this. Her eyes lit like flaming cauldrons. Her smile was the thing I loved best about her.

The haunt we drove to was an underground nightclub bar. The clientele was the discreet sort: vivacious, promiscuous and lively. I harbored no shame in watching Elsa flirt with whoever she wanted, nor any guilt watching them take her to a back room or even outside into the parking lot to fuck her brains out. Elsa loves getting her brains, pussy, ass, and mouth well fucked. It’s why she preferred being with black men. They knew how best to handle her. The bigger their cocks, the better for her; the higher number of black cocks she could find, the happier she was.

The place was packed and lively as we expected. We weren’t the only couples in there on the prowl.

I went over to the crowded bar to fetch us drinks. Elsa loves margaritas and that was what I got her; I decided to step down with a Coors Light. I had drunk my beer halfway when I saw two black men enter the club. They didn’t look like obvious regulars.

The two men strolled towards the bar. One of them had a stocky build, shaved head and wore a polo shirt. His buddy was taller and wore a jacket that bore the name of a popular college football team. I made my move before any other couple might spot them and decide to make a fast grab.

“Hi there,” I addressed them. “You guys been here before?”

They looked at me, somewhat perplexed. “Yeah, you could say that,” said the shaved head.

“I’m Andy, by the way,” we exchanged handshakes. “If this is your first time here, allow me the privilege of buying you both a drink. Also, there’s someone I’d like you both to meet.”

I led them over to Elsa’s table and made introductions. They took a quick liking to her and several drinks later we were chatting like old friends. By the time I returned to the bar to clear my tab and came back to our table, Elsa was sitting on one of the men’s thighs.

“How about we take things elsewhere?” I suggested. “You guys in any hurry?”

“Nah, not right now,” answered the shaved head whom I was introduced to as Drake while his skinny friend was Tevin.

“How about we go for a drive then to our place?” Elsa purred. “I promise to make it worth both your time.”

Tevin finished his drink and smacked his lips. “Lead the way, ma’am.”

The ride was an enjoyable one. I kept glancing in the mirror at Elsa who took turns kissing each lover. She concentrated on Drake while Tevin pulled down the sleeve of her dress and got busy sucking her tits. Elsa got to whimpering aloud. She spread her legs across their thighs, letting them probe their way into her panties. My cock felt like bursting inside my jeans and it got me to floor the gas to get us home fast.

We arrived home and it was real work getting the three of them into the house but we did. Elsa’s dress was down around her waist as we entered the living room. Drake and Tevin struggled out of their clothes while Elsa waited on them. Their cocks flew out of their jeans like rockets. Elsa grasped their hard-ons and drew them towards her mouth.

Back and forth she went sucking Drake and Tevin. Her lips made smacking, moaning noises as they stood watch over her, caressing her hair and playing with her tits.

“How about we take things to the bedroom,” I said.

Tevin rose to his feet and followed behind Elsa and Drake. I had urgent business of my own to take care of first. I went into the toilet and masturbated to my satisfying relief then hurried to the bedroom.

Drake lay on the bed with Elsa sucking his cock while Tevin entered her from behind. Her moans sounded grueling as she managed to keep up with both actions. Tevin held her by her hips and eased into her. Elsa groaned in response with each thrust.

Elsa glanced over her shoulder at Tevin and demanded, “Go ahead, fuck me harder. Feed my pussy with that black dick of yours.”

“I’m gonna beat this pussy up, is what I’m gonna do,” Tevin replied.

He increased his tempo and tore into my wife harder. His pelvis slamming into her thick butt made a loud clapping noise that somewhat syncopated with her groaning frenzy. She fell forward over Drake and Tevin never once let up. He continued drilling into her, grunting harder.

I went and knelt behind Tevin and took snapshots of his nutsac dangling down his crotch while his cock buried itself inside Elsa’s cunt. Drake slipped out from underneath Elsa as his friend then came on top of her, grinding his hips and pelvis on her butt. Elsa beat the bed with her feet and clenched the sheets, the whole time groaning with ecstasy.

He rammed into her one last time before pulling out. Elsa rolled over on her back gasping and fanning herself.

She looked at me and smiled. “Oh yeah, honey. That was some good fucking.”

“It ain’t over yet, sweetie,” said Drake.

Drake held her legs apart as he slid closer to her. Elsa held onto him as he came on top of her, raising her feet while he did. She gasped as he slipped his cock inside her.

Over and over the bed groaned and shook.

I knew exactly what she wanted upon hearing her say that.

She squeezed her eyes.

She gritted her teeth as he penetrated her further.

Tevin clenched his teeth and squeezed her mound of ass flesh as he thrust deep inside Elsa. I stood beside the bed filming the action, capturing it with my cell phone; my other hand remained wrapped around my cock dripping pre-cum.

Tevin stood on his toes while resting forward on his arms with my wife sandwiched between him and Drake. Their legs and feet and their bulk gave me little view of Elsa who was busy rocking her hips as little as she could while her moans echoed loud in the room. They settled into an awkward rhythm with both men moving their thighs in near accordance with her movement. I got onto the bed and took snapshots of the view behind them: of Tevin’s cock jammed into Elsa’s asshole and Drake’s stretching her pussy. Such a delicious sight it was I scrambled off the bed and ran into the bathroom to masturbate once again.

Thank you for enjoying this excerpt. If you enjoyed what you read, then maybe you’ll appreciate the full length version.