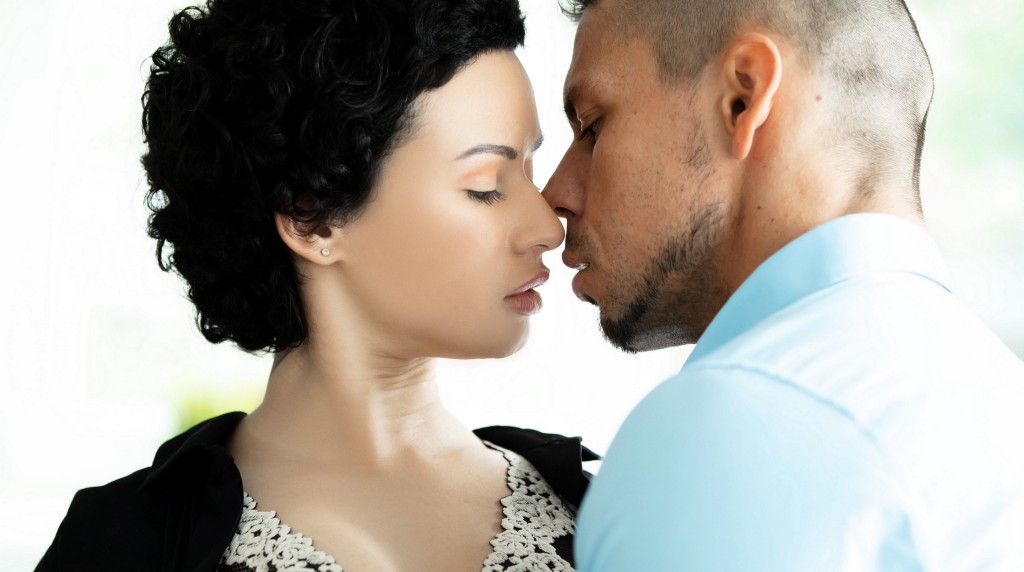 Part 3. He hadn’t had a wet dream in years, but images of Ms. Anita with her legs spread for him and the sound of her gasps as she orgasmed had run through his mind all night.

If you haven’t read Parts 1 and 2 of the series, start here…

Of course, it took Paulo forever to fall asleep. When he finally did, he woke up to sticky wet sheets, his boxer shorts plastered to his legs with his own semen. He hadn’t had a wet dream in years, but images of Ms. Anita with her legs spread for him, the sound of her gasps as she orgasmed, had run through his mind all night.

He’d looked up at Ms. Anita full of guilt and shame, and she was giving him a look he couldn’t quite understand, a sort of smirk. He was sure she was terribly disappointed in his lack of self-control. She ordered him to clean it up, and when he asked what she wanted him to clean it with, his alarm went off.

“You may remove your shoes,” Ms Anita said, bringing him back to the present moment.

This moment being, of course, his after school punishment. He’d failed the pop quiz and had had to stay after class for a study session. It had become a rather unconventional session, rather quickly…

Obediently, Paulo removed his shoes, falling slightly and catching himself with his hands.

The next one, he got correct as well, and gratefully, desperately, Paulo began to remove his tight jeans. This was the moment Amanda dared look through the window again. She caught sight of Paulo unbuckling. She stared, wondering if she dared watch, wondering if she’d get to see his penis.

She found herself sighing as her eyes ran over his well-formed arms, which she had of course noticed long ago, but which were usually covered by the tee-shirts that stretched tightly over the muscles, never quite so exposed. And his abs… she was drawn to the hard muscles, in fact, she wanted to feel them beneath her fingertips. Paulo waited, squirming and shifting between his knees impatiently. But she hadn’t even gotten to the good parts yet.

“Hold still,” Ms. Anita ordered calmly, sitting down on the top of her desk in front of him, so that he was facing her knees, which today were clad in transparent black pantyhose. She crossed her legs and Paulo did his best to stop fidgeting.

He caught her eyes for a moment and saw the fire behind them as they ran across his body. He had never been looked at in this way before, with such lust. Both girls he’d had sex with kept their eyes closed, the lights off. He’d done it with one in his parked car, the other, in the barn behind her family’s house, straw poking and itching their skin.

He waited, sure that this was it, he would finally get to be inside of her, finally feel the depth of her warm, wet, hidden spaces.

But Ms. Anita had other ideas. After getting her fill, she stood and wrote the next sentence on the board.

“If you get this wrong, you could be punished?” Paulo said quickly. His brain wasn’t working well, he was so completely distracted, and on top of that, his knees were beginning to hurt.

“Wrong,” Ms Anita said. She uncrossed her legs and leaned forward across her desk. Her pale pink blouse fell open again, revealing the tops of her perfectly formed breasts. Paulo did everything he could to keep his eyes to himself. He found himself staring directly into Ms Anita’s brilliant green eyes. He held her gaze as hard as he could, but for a split second, they flickered to her open blouse.

“Now you will be punished,” she stated.

Paulo grew excited. While a jolt of fear rushed through his body, it quickly transferred to his hard cock. He felt it throb hotly and he imagined her soft, pink mouth wrapped around it. He knew that he would come instantly and imagined coming in her mouth, feeling his warm liquid combine with her saliva…

“Hands behind your back,” she demanded.

He did as he was told. She stood up and walked around her desk, coming to stand behind him. He could feel her heat and smell the sweet scent of her body. Strawberries and champagne, lavender fields, wildflowers, honeysuckle. Honey. Rain. All of those scents combined to make up what was her unique scent.

Amanda, still watching through the classroom window, saw Ms. Anita kick off her shoes. They landed beside Paulo, one of the heels pointing sharply at him, while he could see the sole of the other one. Without turning his head he shifted his eyes toward them. He could see the indentation of her foot.

Then, from behind him, he could hear the sound of fabric. He turned his head to glance behind him, and Ms Anita said sharply, “eyes forward,” adding a firm smack on his cheek. The rustling sound continued and Paulo was certain she was removing some of her own clothing, further exciting him.

Amanda watched Ms Anita remove her pantyhose, standing behind Paulo’s back. Paulo stared forward. Amanda looked away, suddenly aware that she might see her teacher naked. It was enough to see Paulo shirtless, pantless, wearing only boxers, but it didn’t feel right to spy on Ms. Anita. Ms. Anita didn’t want to be seen, not as Paulo did.

So Amanda turned and walked quickly on tiptoe down the dark, after-hours, empty hallway and slipped out the front door. A cold gust of air was just what she needed right now, and she walked home, her coat unbuttoned, her hot face gradually cooling down.

Back in the classroom, Ms. Anita lifted her skirt, enjoying the feeling of revealing herself to the back of Paulo’s head. He could imagine but not look at what she was doing.

Very, very slowly, she slid her fingers inside the band of her nylons, lowering them down over the curve of her hips, her thighs and her calves. She lay them over Paulo’s shoulder, the waistband at his face, and he turned his head for a moment before quickly looking forward again.

But he was able to see what it was: Ms Anita’s pantyhose. He inhaled deeply, catching the scent that was familiar to him now… he had smelled it on his fingers after he left class on Tuesday. It was the smell of her sex. His cock throbbed in response.

“Please… Ms. Anita…” he began, sure that she would now offer herself to him. Instead, she stayed behind him, removing the next layer — her black lace thong.

And with the thong, she tied his hands behind his back before taking the nylons off of his shoulder. She walked back around to sit in her chair again. She bent over and began pulling the pantyhose on, lifting her leg as she did so. Paulo watched as her pale skin was covered by the black, semi-transparent fabric of the nylons. He was desperate to touch her, to touch himself, but felt the constriction of the tie that kept his hands together.

Paulo stumbled to his nearly-numb feet as she adjusted the tights. She stood up to face him and then sat down on the top of her desk. She raised her face to him.

He strained against the panties that bound his wrists, but unable to break free he simply focused all of his sexual energy into what he did have — his hugely engorged cock.

She had been craving his kiss for some time. His lips were dark red and plump. His expression went soft as he leaned forward, awkward with his hands behind his back. He wanted to stroke her hair, he wanted to place his palm on the side of her face, caress her. But all he had were his lips and so he was going to make them count.

Very slowly, he moved his face towards her. He was tall and had to bend over slightly. His face was close to hers now and his lips just barely brushed her own. Anita felt her lips twitch in expectation, but he waited, breathing in her quickening breath. When she couldn’t bear it, she moved the last millimeters toward him, pressing her lips to his, hard and passionately.

They moved their mouths together slowly, both of them lost in this simple act that, with so much anticipation, so much waiting, for a while was entirely fulfilling on its own.

But bodies move on their own in such moments, and both Anita and Paulo began pressing their bodies together, as if all of their flesh was participating in the kiss.

Paulo, still wearing his boxers, wanted to remove them, or at the very least, pull his aching organ out in order to feel her better. But he had no use of his hands and so instead, he pressed into her hard, riding up and down against her body, thrusting at her and with her as she slid forward on her desk, her legs opening. She hoisted her skirt up, spreading her legs and then wrapping them around his waist. The fabric of her nylons and the cotton of his boxers created a delightful texture that she rubbed her clit against, pressing into his huge, hard cock that tried and failed to force its way through the fabric.

The juices from both of their bodies combined, soaking through the material. Their saliva combined in their mouths, their lips open fully to the other. Paulo was dying to enter her, and Anita was dying to feel him inside of her… but she knew she would be fulfilled by the massage created by his cock on her pussy and so she resisted her own urge, resisted the feeling she could pick up of his urge. The two kept grinding against each other until Anita felt the beginning of an orgasm.

Paulo allowed Ms Anita to guide him. He felt exactly what she needed, his intuition strong, and let her use him like a toy. He strained against the panties that bound his wrists, but unable to break free he simply focused all of his sexual energy into what he did have — his hugely engorged cock.

She pulled him in tight with her legs around his waist, massaging herself in the exact right spot as she came, biting his neck to stop herself from making any noise. As Ms. Anita pulled him tightly to her, he felt the beginning of his own orgasm build inside him. He gasped as he helplessly began to feel an intense pressure inside his groin.

He didn’t know if he was permitted to come, and so he gasped, at the last minute, “Ms. Anita… May I?”

Ms Anita, fully satisfied, pushed his body away from her. He met her eyes with a shocked expression, a silent and desperate plea. His breath was caught in his throat as his cock began to pulse, the orgasm stolen from him a mere millisecond before release.

Ms Anita smiled. “Thank you,” she said, breathing deeply and calmly, her heart-rate slowing, her breath in full, slow inhales and exhales.

Ms Anita was standing, straightening her skirt and nylons which had become twisted. She had fully enjoyed herself.

She went behind Paulo to where his hands were tied, but no longer pressing against their restraints. She ran her finger down his spine, feeling the sweat and muscles, finally reaching his wrists. She untied them.