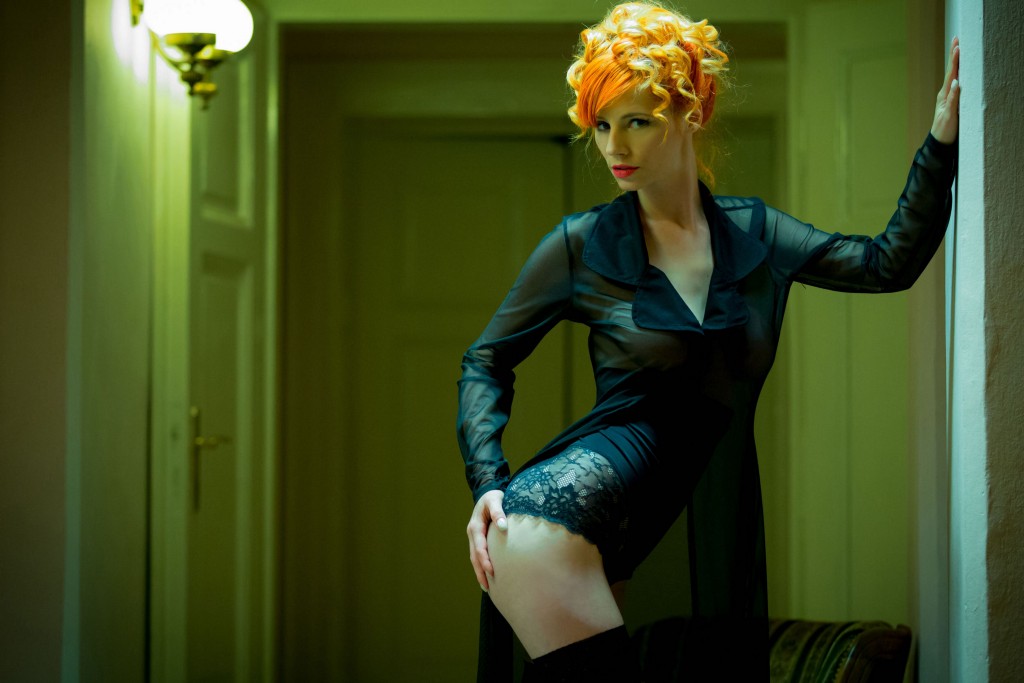 On the Feast of Mariscopo it is a tradition that a member of the community opens their home to invited guests to partake in various amusements, some intellectual, some culinary, some sensual. Each room of the house would bear a sign on it indicating a clue as to what was inside, but nothing more. It was considered an honor and a challenge to brave such a chance encounter, not ever knowing what lay beyond the threshold.

This year, Mrs. Bladedigger and I were invited to Mr. and Mrs. Leeds’ house where we met the other guests in the very large sitting room. I recognized some of the guests that partook in my lady’s very exquisite fantasy. Marcus Schwartz of Hanceville was there, as was Mr. Johan Holmberg, currently residing in San Marcos. These two gentlemen were in charge of fanning the Mrs. during their encounter.

“Gentlemen, so good to see you again!” I said, unable to hide my excitement. They each bent and kissed the lady’s hand.

“Indeed it has,” Mr. Holmberg said.

Then out of the corner of my eye I caught the young dashing James Zane. We recognized one another and he came up to us.

“You remember Mrs. Bladedigger, of course,” I said.

“Hasn’t a day gone by that I haven’t thought of her,” he said, bending and kissing the lady’s hand.

“Mr. Sheffels?” she said, delighted. “Oh we have to catch up with him. It’s been too long, really it has.”

I too wanted to see Mr. Sheffels. His help in chaperoning the Mrs.’ fantasy was indispensable.

Then we heard a chime which indicated that the owner of the house was going to speak, welcoming us to the Feast.

“My friends,” Mr. Leeds began, “welcome to my home. My wife Dahlia and I are so very glad you could join us on this most important day. You are all familiar with how the evening is to proceed, but I remind you that you are welcome to try any room in the house for games, amusement and the like. Each room has been especially prepared to delight you! May this Feast of Mariscopo be one you remember, always!”

“Shall we?” I asked, anxious to try our luck at a room.

“We shall,” the Mrs. said, taking my arm as we walked down the hall. The house was enormous of course and as to where to begin, we hadn’t a clue.

We walked by a room that bore the sign “Chatterbox” and wondered what it meant.

“Must be a loud experience,” the Mrs. said. “I’m not in the mood for much talking.”

“Let’s try something else,” she said.

After several more doors we can upon one that said “Wolves Den”. We were both piqued by that — it sounded pretty scary, actually, but being naturally curious and brave people, we ventured forth, knocking before entering.

In the room were sitting two very hairy men wearing nothing but loincloths and wolf masks; their heads and faces were covered except for their mouths. They rose as we entered and we both stuck out a hand to greet them. Around their necks were golden chains with a tag that bore their names. One was called Mr. Wyeth and the other Mr. Boven.

“What fascinating creatures!” the Mrs. exclaimed.

“Talk about being thrown to the wolves!” I exclaimed.

Whispering in my ear, the Mrs. said, “It’s always been my fantasy to be with a hairy beast or beasts.”

“Mr. Wyeth and Mr. Boven,” I said, reaching out again to shake each of their hands, “it’s a delight to make your acquaintance.”

They each reached out a masculine, hairy hand to shake but only uttered a grunt. It was like shaking hands with a dog.

So that’s how they’re going to play it, I thought. OK.

I shared a knowing glance with the Mrs. I knew we had been in a similar situation before with Mr. Paul from the band Kissed Her. I wanted, perhaps just as badly as she did, to have these men — these beasts — and on the Feast of Mariscopo, no less!

The Mrs. gave me a big wet kiss and massaged my bulging erection, freeing my eager manhood from my trousers. Mr. Wyeth and Mr. Boven began tearing at my clothing, finally rendering me completely naked. I began to mimic their animalistic behavior, ravaging Mrs. Bladedigger until she was as bare as she could be.

Mr. Wyeth left the room momentarily and reappeared just as quickly with a wolf’s mask, presumably for me. The masks were such good quality; later I found a similar one on Etsy for $325.00. I donned it quickly and without a word. I was now a wild beast and needed to act accordingly.

Mr. Boven and Mr. Wyeth naturally had erect cocks and I wasted no time in tasting them along with the Mrs. I still considered myself an amateur at the practice but the key to it is willingness, as with a great many other things. Kneeling before another man and giving him pleasure gave me a certain amount of pride. I was, after all, about service, not only to Mrs. Bladedigger but to all mankind, even the most dubiously human of my present circumstances. The beasts grunted, which let me know my efforts were appreciated.

While Mr. Wyeth continued to be pleasured orally by the Mrs., Mr. Boven had mounted her from behind and was enjoying her pussy. I stroked myself with pleasure as I watched.

Mr. Wyeth replaced Mr. Boven having our lady from behind, and Mr. Boven dropped to all fours and put me in his anxious mouth. I compared the sensations as I remembered Mr. Paul and the way he pleasured me with his mouth, and I found the experience just as delightful! The room was full of the right amount of animal magnetism and beastly heat. I was mesmerized by the wolfish creatures the Mrs. and I encountered. What a perfect treat on such a day as this!

I looked at our lady and she called me over. “Gam, join us!” she said.

The lady lay on the animal skin rug as we all gathered around her. She took Mr. Boven and Mr. Wyeth in her mouth, gulping hungrily at them while I slipped my throbbing manhood into her. I felt like I was becoming a beast like our friends and I grunted and groaned accordingly.

It wasn’t long before Mr. Boven came in the lady’s mouth, followed quickly by Mr. Wyeth. I decided to join in the fun, filling her mouth with my luscious offering.

After, Mr. Wyeth and Mr. Boven disappeared into the bathroom, the Mrs. and I composed ourselves. We were quite in the mood for some conversation now and were famished, so we went in search of our next experience.