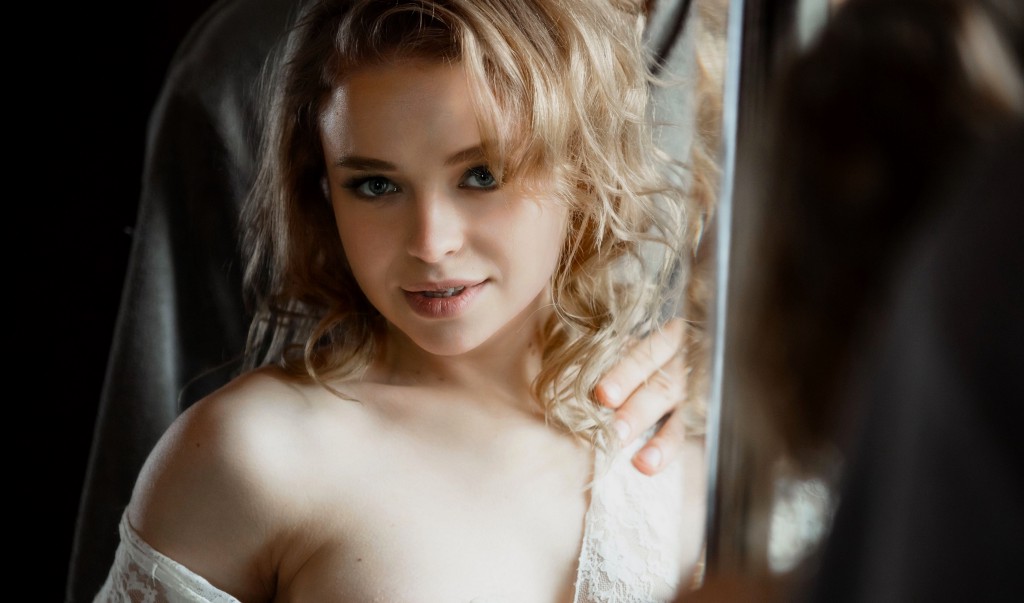 Part one: Spank me, tough guy…

The man leading her was tense, but she was certain Jamie was always tense. The man behind her who seethed with unconcealed rage at her back. Okay, sure, she hadn’t exactly followed Tucker’s orders when she stopped to talk to Nat, but Nat was her oldest friend.

Vanessa leaned against the wall while Jamie checked her hotel room for threats. She rubbed her hands across her white satin skirt while she gazed at the floor, avoiding Tucker’s dark stare. Then he dismissed Jamie, while Tucker and his anger followed her into her suite.

“What were you thinking?” he asked. “I told you not to stop, but you did.” His jaw twitched under a layer of sexy stubble covering his chin and cheeks.

“I’ve known Nat since we were in diapers.” She grabbed her skirt with her fists to stop herself from wanting to touch him.

“You put us all at risk so you could have your photo taken. I told you there was a security risk and we needed to leave.”

Vanessa was glad she had kept her shoes on. When she stepped closer to Tucker, her heels put her three inches over him; without shoes they were on even ground.

“I wanted to say hello,” Vanessa growled through her clenched teeth. Fuck it, he didn’t own her. She spun on her heel, her long blonde hair following a step behind, intent on escaping to her bedroom to text her friends.

He grabbed her arm. Despite being only average height he was all muscle and his fingers bruised her. “Princess, we’re not done.”

She whirled to face him, his handsome mouth clenched in a line, his arm muscles straining under the material of his suit jacket, while his chest heaved.

“You work for me.” She met his eyes that looked like impending storm clouds. She always enjoyed standing in the middle of the storm, so she moved closer.

“I work for your father, Princess. And I think you need a goddamn punishment so you learn to listen.”

“Stop calling me Princess. And it won’t happen again.” Vanessa shook her arm. “Let go of me.”

“How? Keep me locked in a room until the threat passes. We don’t know if I’m in danger. Last time I hid for three awful days.”

“I don’t care what you think, I care that you are safe. If I have to take you over my knee, so you won’t disobey again, maybe I should.”

She pulled back, but he held her, stepping back into her space, his head back so he looked up at her wide eyes. A cruel smile turned up one corner of his mouth.

“You’d be surprised what I would dare.” Tucker hauled her through the hotel room, his footsteps echoing over the clicks of her heels on the tile floor as she scurried to keep up with his brisk gait. His shove on the bedroom door made it reverberate against the wall.

Inside the room, he sat on the edge of her bed, and yanked her down over his lap. Vanessa surprised herself by not fighting him. She planned her phone call to her father to get him fired, but behind her belly button there was a hum she didn’t want. One that wanted Tucker to spank her, one that found the idea arousing, one that dared her to see what he would do.

He fumbled with her dress, the slippery material making it difficult to bare her ass. She kicked her legs, pretending to protest.

“You’ll lose your job,” she hissed.

“Better my job than you getting yourself killed, or one of my men. Or me.” He growled as cool air hit her bottom and legs. She was bare to him, at his mercy; her thong offered no protection from his hand or gaze, and she had never been more excited.

She huffed when too many seconds passed. “Too scared? Come on tough guy, spank me.”

“Say it once more. With my name.” His voice so deep and dark it was little more than a growl.

“Spank me, Tucker. But only if you will fuck me after.”

His hand slapped down against her bare ass cheek and she yelped. Vanessa didn’t count the blows, she was too busy enjoying them; they hurt, they made her shout, but they also made her wet. It didn’t help that Tucker was administering them, he was rugged, a former army guy who had seen action that he refused to talk about the many times she asked him. She’d had a crush on him the first day he arrived, until she learned he was an asshole, not some pushover like the last security guy her dad hired. Tucker meant business and he meant to have his orders followed.

Vanessa was never good at doing what she was told, growing up an heiress meant she rarely heard no. Following directions was a foreign concept; if flirting didn’t get her way, then her money did. Except Tucker, who stopped slapping her, but panted while she relaxed on his hard thighs. She whimpered as he dragged a hand over her chafed skin.

He kept stroking her ass, softer, almost a caress. “I can smell you.”

“I toned down my perfume, like you asked.” She spoke through clenched teeth again.

“Not your perfume, I smell your arousal, Princess. Did that turn you on?”

Vanessa clamped her legs together trying to push up, but he grabbed her arm and trapped it behind her back.

“Is that what you really want? You said you wanted me to fuck you.”

Her legs rubbed together, mashing her vulva lips against her clit. He sat still while she squirmed in his lap. “We shouldn’t,” she finally whispered.

“Do what I want. As you pointed out earlier, doing what I want is dangerous.”

“Is your pussy throbbing?” His voice was thick. Could he want her as much as she wanted him?

She closed her eyes. “Yes.”

Tucker pushed her thighs apart, but didn’t touch her how she needed. “Do you want me to soothe you?”

“Ask me. I don’t want any doubt about consent.”

“Please touch my pussy. Make me come.” She spat out the words. She was no stranger to sex and Tucker knew it. He had delivered her with her ex-boyfriend to hotel rooms and apartments many times, knowing they were going inside for wild sex. Tucker had even stood outside her hotel room during a couple of afternoon trysts, labelled naps, but they all knew the truth.

To be continued…
Part II