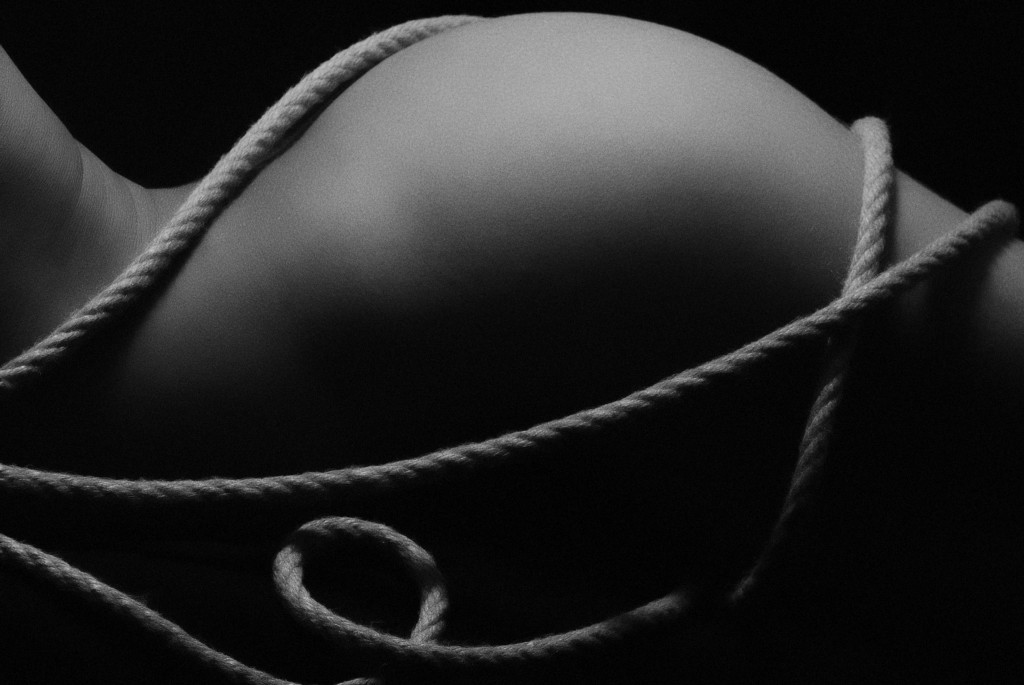 part nine: where the heart is

“Yeah, I kinda figured that out already, Teddy — like years ago.”

He made a goofy face in response, like I’d deprived him of the opportunity to do a reveal.

Teddy was definitely drunk — although his slur and blur had a slightly theatrical edge to it.

Attorney, after all: you cede no point without a fight; you never confess — unless there’s a really good deal on the table.

After, perhaps, too much saké at the sushi bar — I’ll specify no further, regarding quantity — we’d gone back to my apartment; I didn’t want to continue our conversation in public: too much noise and distraction on the one hand; the inevitability of being overheard on the other.

Teddy had confessed to me that he was a natural submissive — which perhaps I had known, as our marriage wound down, but I hadn’t really allowed to snap into focus until sometime after our divorce, when I had a quick Duh! moment with myself, and got a little nudge from Devya.

“Well of course!” she’d said. “Silly goose! He didn’t much want to spank you. He wanted you to spank him — of course!”

“Of course,” I’d nodded in instant agreement. Then, “Silly goose? And what’s that about?”

“Yes, yes, yes,” Devya had said, ducking her head in momentary embarrassment. “My grandmother, now and then, surfaces in my . . . choice of words. It’s — My students sometimes make fun of me.”

While I’d known — or Devya and I had decided — the truth a good while back, this was the first time that Teddy had ever “come out” to me in that fashion.

Made sense: I had been talking to him about Jason Flood; Teddy maybe figured we could talk submissive-to-submissive.

I wasn’t so sure about that.

But — him having launched the volley — I figured I’d keep it going.

We were both sitting on my living room floor, backs flush up against the couch, legs straight out in front of us; Teddy had taken off both his shoes and his socks — something he’d picked up while living in Japan, though I was pretty sure the socks thing was just Teddy being Teddy.

He cleared his throat and, voice sheepish, mumbled, “It’s kind of a . . . Mommy Thing we do, actually.”

I couldn’t keep my eyebrows from shooting up in surprise.

“Oh, God no!” Teddy said quickly, turning a little red under his beard. “No. No! None of that Adult Baby shit. That’s just — ”

“Too weird?” I laughed. “So, we both enjoy being punished, but The Baby Thing is — ”

The way that he’d put it was a little stark — and sobering.

Which is not to say that I fundamentally disagreed.

That was kind of the nub of the whole thing, wasn’t it?

But then . . . craving a Master didn’t mean I wanted to be — that I would accept being — a slave.

I had zero desire to be caned until I bled; that sounded horrible!

I wasn’t interested in being randomly knocked around or visibly bruised up.

The idea of being genuinely tortured disturbed me.

And yet, and yet, and yet: I had accepted first the nipple clamps and then the piercings; I had put myself at the mercy of that bizarre multi-function device in Jason Flood’s basement dungeon, the one I had come to think of as The Clitoral Control Board — as though it were some sort of bureaucratic sexual panel.

Wouldn’t most people consider those things to border on — or simply to be — torture?

Teddy waved his hand in the air, although I’d already stopped talking.

“Mommy can get angry, Mau? But she’s still always Mommy. Does that — Do you understand what — ?”

I wasn’t hearing certainty in my own voice. But I didn’t quite know either what to ask or what to say. I felt like he’d clarified something important . . .

But I also felt like there was more that I needed to wade through.

Teddy scooted a little closer to me, touched my shoulder with just the tip of his index finger. Quite literally: a respectful and well-calibrated nudge; so strange to have an Ex!

“You still got that bottle of Swedish vodka in the freezer, Mau? ’Cause Mommy didn’t give me a curfew and, sounds to me like, we still have things to talk about, yeah?”

“Yeah,” I sighed, getting to my feet a little unsteadily and heading toward the kitchen. Then, turning, just before I left the living room, “Thank you, Teddy? I — I appreciate this, I really do. Thank you,” getting it right the second time, anyway.

If he didn’t have permission to “stay out late”?

If Pammy punished him for this infraction?

Not a problem; I had confirmation now, after all: Teddy would get off on it.

Topping from the Bottom

Talking with Teddy was helpful — although arguably enlightening and confusing in pretty much equal measure.

Various little glitches and bumps and hesitations aside, it was clear that he and Pamela had been open about working things out from the start, that the process was ongoing, that Teddy felt submissive but safe, disciplined but respected, controlled but loved.

He seemed . . . well-balanced: Content and at peace, in a way that — seeing him in his current state — made me realize that, certainly for the period of time we had been married, had rarely been the case in the past.

Had I not been able to do that?

He’d given me a goofy smile of gentle incredulity in response.

“Mau! Really? C’mon! You were always trying to Top-from-the-Bottom.” I’d looked down, embarrassed, not wanting to meet his eyes. “I don’t have to explain that phrase to you, do I?” he asked, his tone making it clear that we both knew that would be ridiculous.

“We’ve been over this before,” Dr. Fortinbras said to me mildly, the following afternoon.

It had been a few months, but she’d graciously made time to see me — and see me quickly; I’d taken an extended lunch and trekked over to her apartment on the Lower East Side, to sit, once again, on her dusty sofa, my eyes flitting nervously over the bric-a-brac of a lifetime with which her living room bulged, her Russian Blue cat, Gogol, metronomically smashing into my calves with aggressive affection.

“A power exchange relationship is an extended and intense trust-building exercise,” I repeated dutifully.

“And?” she asked softly, raising her eyebrows and waiting.

She was extraordinarily adept at waiting.

One of those women-of-indeterminate-age — she could have been sixty; she could have been ninety; she could have been a hundred and forty-six — she dressed like a tall, somewhat gaunt, 19th century librarian: steely gray hair in a tight chignon; a white blouse, buttoned to the top, where there was a carved shell cameo brooch, snow white and salmon pink, embossed with the head of an aristocratic-looking woman; a long black cardigan, open down the front, that looked like cashmere, the sleeves sometimes leaving only her fingertips visible; an ankle-length black skirt.

She was your great-grandmother, coming to you out of the mists of time . . . to help you work out — or work in — the kinks in your Dominant/Submissive recreational or romantic life; she was uncommonly — sometimes uncomfortably — good at her job.

Dr. Fortinbras waved me to a stop with a slightly sour smile.

“Jason Flood, Maura,” she said, with some obvious impatience. “You are referring to Jason Flood, are you not?”

She waved me to a stop again.

“You don’t think I read the newspapers?” she asked somewhat archly. Then, not waiting for a response, “Look, your case involving him lasted — what is it the kids say? — a quick minute. Whatever residual obligation you may feel you owe to attorney-client privilege? What we say here is fully under seal; you know that. Let us not be coy, hmm?”

I nodded, feeling myself flush.

“Your former husband Theodore suggested that you’d had a tendency, during your marriage, to top from the bottom, yes?” I nodded. “Did that work out well for you?” I shook my head. “Would you say that you’re repeating that behavior with Jason Flood?”

I laughed out loud.

Dr. Fortinbras smiled at that.

“No,” she said, nodding to herself, eyes alight. “No. Of course not. Rather different animals, Theodore and Mr. Flood; on this we agree?”

“Alright.” She pursed her lips, face growing a bit more sober. “You loved Theodore — perhaps you still do?” I nodded tentatively — to both questions, really, but not bothering to specify. “Do you love Jason Flood?”

Such a basic thing to ask!

On the one hand: the simplest question in the world.

On the other hand — even though I knew the answer instantly, in a mortifying flash of heat: the most complicated conundrum I had ever faced.