My wife Venus, and her lover, Dalvin 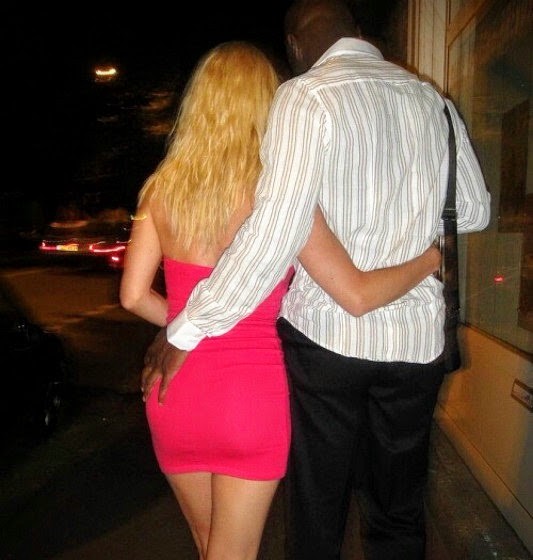 I had been watching my wife and the stranger dance for quite some time now with uneasiness in my gut. Watching her embrace the man, observing the way they grooved and rocked their hips to the arousing rhythm of the Calypso music played by the club’s live band. The way she seemed so unbound, so shamelessly happy. I could feel a tightness in my throat, and queasiness in my stomach that let me know there would be some surprises in store for me before the night was over.

This was a rare occasion I was watching, seeing Venus loosen up around other men besides me; it was akin to viewing a meteor shower. I should have known this was what to expect on our Caribbean trip. We had been here, at this beach resort for three days, and already it felt like a week. Venus had been casting her eyes around and making flirtatious glances at every single male she encountered. Nothing I could do except follow her lead.

It had been her suggestion we come here to this exotic island to get away for the summer. The same destination where we spent our honeymoon. Back then, it held a different sort of allure for us, at least for me it did. If you can’t tell already, getting away for the summer was the last thing on my agenda. I had plenty of work sitting on my office desk, but Venus issued me an ultimatum I had no choice but to acknowledge: either make the summer holiday or watch her take it on her own and see about a divorce afterwards. True to expectations, she’d been giving me too much to be mindful about.

Venus and her evening date were dancing up close now, their arms wound around each other tight, the way we used to dance around the time we got married. How far back was that? Eleven years. Gosh, where had it all gone? Feels like the years just came and went. So many things we used to do then that we no longer do anymore. I can’t even remember how recently we made love. I usually spend my days buried up to my elbows working stocks and interest rates while she stays home doing whatever. I suspect she’s fucking somebody back home. I have no proof, neither have I confronted her yet, but seeing her with this guy, it was obvious she’d done this before without my knowledge.

They concluded their dancing then returned to our table, holding hands and laughing.

“Having a good time, darling?” she kissed me before sitting down in her chair.

“Yeah, pretty much. I was watching you both. Haven’t seen you have such fun in a long time.”

“I wish,” she replied, trying to sound modest. She was sweating from the dancing and fanned her blouse to get more air. “Dalvin here is the expert. I was following his moves.”

“And boy, what sexy moves you have,” Dalvin complimented her.

They laughed once more, but I didn’t join in. The uneasiness in my gut was growing tighter. It was like I’d stumbled upon a secret that ought to remain that way.

Venus sipped her cocktail, then got up. “I need to go powder my nose. I’ll be back in a minute.”

I watched her arse bounce in her jeans as she headed towards the hut opposite that bore the convenience rooms. Dalvin, too, was staring at her before turning to me.

“You have an amazing woman for a wife,” he said.

“Between you and I, I just want you to know I am going to fuck her tonight.”

My beer was in my hand, and I was about to take a sip when he uttered those words that made me nearly tumble off my chair. I looked at him incredulously. He maintained his stare, letting me know nothing he had said was a joke or mistake — he intended to fuck Venus. In another life, I would have hurled my beer at his face and told him to go to hell. Maybe I should have done that, and the fact that I took a moment to reel from his words sort of diminished any chance I got to assert myself in his presence. As if stalling for time to make sense of his words, I dabbed at my mouth with my handkerchief and returned my beer to the table. The uneasiness I had felt all evening was now manifesting itself. It occurred to me that Venus had planned this tactic from the onset, hence why she left at such an appropriate time for Dalvin to work on me.

“Why would you want to do that?” my voice sounded like a croak, as if I was pleading for him not to carry out his intention.

“I’m talking about a real man, white boy,” he explained. “And I can tell you haven’t fucked her in a while.”

“You can tell that just by looking at us?”

“I’ve got a nose for such things. Don’t worry, I won’t steal her from you. I just want to give her an hour or two of some good dick in your hotel room.”

“Nothing,” he said. “That’s all you’ve got to do. Do nothing and say nothing, except say yes.”

He smiled. “Just like that.” He sipped his drink. “My nuts are full, and I can’t wait to have them drained tonight.”

He laughed at his crude humour. I looked at him awkwardly, still feeling the urge to throw my drink and wipe the smirk from his face. I decided to keep mum. Was I too much of a wimp that I couldn’t prevent this fiend, this scoundrel, from fulfilling his wish of having sex with my wife? Was I that bad a coward. Maybe it was fear that held me back, but not of him, no. I was afraid of Venus. It would look bad if she returned to find me fighting and arguing with her date, possibly looking stupid while I did. I still perceived she had instigated Dalvin to speak to me, and together they were determined I would not become a cog in the wheel to mess things up.

I guzzled my beer fast like I wanted to get drunk as I sat there wrestling with my emotions while I sized up Dalvin. He was too calm and reticent for me to dare intimidate him; not like I could scare a fly, what with my pouch of a belly. He was a pro at whatever confidence trick he was playing on Venus, and chances are he had succeeded plenty of times with other couples before.

I turned to look at Venus as she returned to our table. Dalvin rose quickly to his feet before I could pull out her chair for her, which she thanked him for.

“Nothing, dear,” I said. “Dalvin and I were getting to know each other better.”

Dalvin looked at me casually, but I knew he was merely trying to play that way.

“I hope you boys were talking nice,” she finished her drink. “Boy, I sure could do something more fun tonight.”

“I think I’ve got an idea of what fun we can do,” Dalvin suggested.

“How about I just show you instead.”

He helped her to her feet. Venus was all smiles as he led her away. I sat looking at them, watching them go, baffled whether to follow or not.

Venus stopped to look at me. “Honey, are you coming or what?”

I struggled to my feet and left money on the table before joining them.

I worried initially that Dalvin would take her to his abode, wherever he was staying in the resort. But instead, they got to a crossroad path and went left, which led towards the chalet building where our suite was located. He locked his arm around her waist, and she was laughing at whatever he was saying while leaning towards him. I noticed at one point his hand went down to pinch her butt; Venus enjoyed that.

I walked past them to unlock our apartment suite’s door and shut the door after they entered.

They wasted no time in kissing, to my dismay. Whatever sex-inducing pill Dalvin might have slipped into Venus’s drink to make her submit so quickly to him right there in my presence was working fine. He had his arms around her, squeezing her butt through her jeans while they sucked each other’s lips. Venus was kissing him with such passion I haven’t seen her manifest ever before. They made it to a sofa, and she fell to her knees and unearthed his cock out of his pants and was sucking him while I stood there dumbfounded by everything. Dalvin looked over at me, grinning, and gave me a thumbs-up. I stood there like a hapless object, watching my Venus blow a stranger in our hotel suite, doing nothing about it.

She stopped and then they hurried out of their clothes. Venus was breathing heavily like she was on fire as she shoved her jeans and panties down her thighs, wiggling her butt as she struggled to get them down to her ankles before kicking one foot after the other to be free of them. She flung her blouse over her shoulder at me. Dalvin had his pants and briefs over his feet in an instant. Venus attacked him before he was even out of his shirt, and together they fell back on the sofa where she straddled him, then inserted his cock into her pussy.

His cock was thick as a Coke bottle and gave a tantalizing contrast against her pale skin. Even I couldn’t help being impressed by the sight of his girth, yet I was too gobsmacked to put a stop to their actions. His hands squeezed Venus’s arse cheeks, prodding her to ride him hard. Venus went along with his direction.

Her arms clenched his shoulders.

She gasped breathlessly as they kissed.

Her body rocked back and forth with frantic fervour.

I was shocked, stunned, and aroused while they continued fucking, unconcerned about my presence. I should have walked out of the room at that moment, except my feet felt glued, and my mind was still absorbing the shock of what I was viewing. I eventually sat down and watched them fuck.

Venus was riding him pretty hard and gasping aloud and flinging her hair every which way. I was fascinated by the arousing sight of her buttocks clenching each time she connected with Dalvin. He went ahead, sucking her tits while his hands went on squeezing and smacking her arse cheeks. He stopped to rise to his feet, lifting Venus whom he then laid on the sofa, propping her feet over his shoulders. His nutsac hung between his legs like a drooping pendulum, while his cock — his massive cock! — pounded Venus, like he wanted to split her in half. Listening to her screams, I was afraid that was what he was attempting. I never got the nerve to stop them; instead, my hand grabbed at my crotch as I continued to watch.

“Let’s continue in the bedroom,” said Venus after emptying his nutsac and letting him help her to her feet.

She led Dalvin towards the bedroom. “Goodnight darling,” she waved at me before shutting the door.