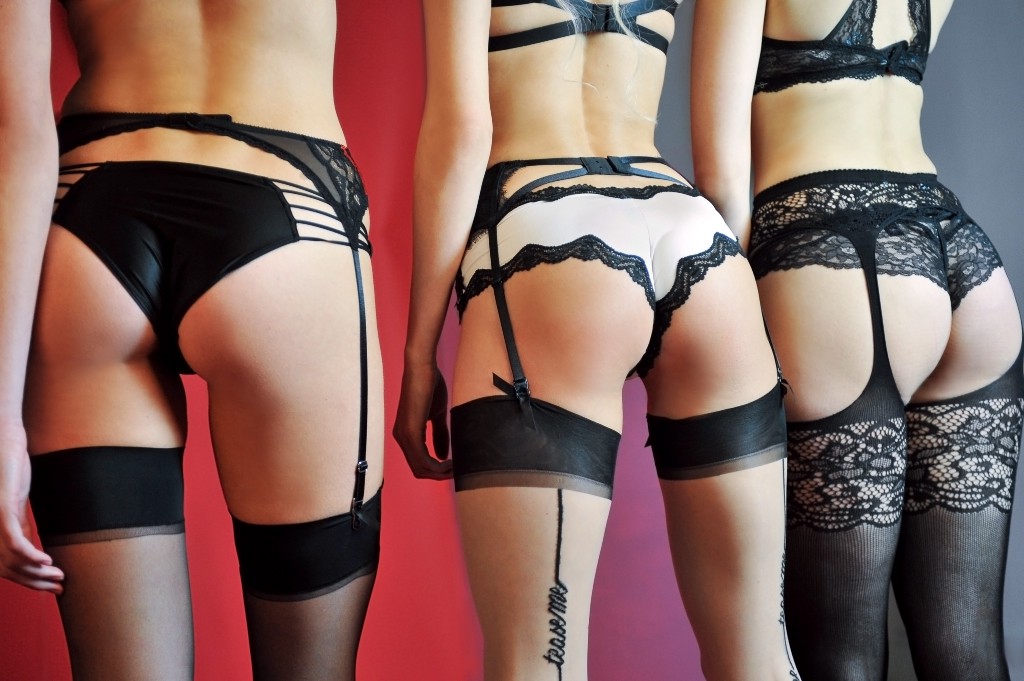 It was a Friday summer afternoon and Mona was with two of her best friends, Elsa and Amber, at a seafood restaurant, having fun being in each other’s company. It was the start of the weekend and the three women had nothing else to do but wallow in their freedom as their husbands, who all worked for the same software company, were off attending some symposium on the future of cybernetics in Seattle.

The three women were in their early thirties. Mona was blonde, with almond-shaped eyes, and long legs that she loved to display in short skirts. Elsa was brunette, a little thick set, and wore a low-cut blouse that showed off her large rack. Amber was a redhead, tall and slender; her breasts were full and firm, and her eyes were blue. They had known each other since college, and had all married their college sweethearts.

All three women were happy with their lives — they had lovely kids, dutiful husbands, and lived in an upscale community — but at the same time they were each unsatisfied with their sex lives. It was a factor they often discussed, and it was Elsa, on that Friday afternoon, who raised the subject.

“Girls, I feel like I’m going through a dry spell,” Elsa said.

Mona and Amber, without any hint, knew what she meant and felt the same way too.

“How long has it been since you got your legs toed up?” Mona asked.

“Two months and one week,” Elsa replied. “How about you, Amber? You feel the same way too?”

Amber blushed. “I don’t know about you girls, but if I don’t get me a strong cock before this weekend’s over, I’m going to jump on the first guy I see on the street.”

Mona and Elsa burst into laughter.

“I know how you girls feel,” Mona said. “Danny and I haven’t hit the sack together in weeks. All that’s on his mind is work, work, and more work. I think we ought to find some fun for ourselves.”

“What, you mean search around for some guy to come fuck us?” Elsa enquired candidly; her friends were shocked at her brazen words and sniggered with their hands covering their lips. But Elsa didn’t care if her words had been overheard by someone at another table as she picked up her wine glass and sipped casually .

“Elsa,” Amber turned to her, “how could you say something like that?”

“What?” Elsa asked innocently. “Isn’t it obvious that’s what we’re here for?”

“In a way it is, Elsa,” Mona replied. “But not so openly, mind you. Anyway, that’s exactly what I have in mind. The boys won’t be back till Sunday, which means we’ve got until tomorrow to get our freak on and really have ourselves some fun. Unless you ladies are happy with the way things are.”

They looked at each other. Amber shook her head.

“Yeah, me too,” Elsa said with glee. “I’m all for it. So, where are we going to find us some worthy gents?”

“Any of you girls ever heard of the Tongue Patrol?”

Elsa and Amber shook their heads.

“What sort of men are they?” Amber asked.

“Black, handsome, and muscular,” Mona paused, smiled conspiratorially and then indicated for her friends to draw closer. “And they’ve all got big black dicks, and I’m talking big dicks here.”

“For real?” Elsa asked. Her eyes and Amber’s were gleaming with anticipation.

“You ought to check out their website,” Mona answered. “There are hordes of ladies out there that are really dying to get fucked. I watched some of their videos, and I tell you, they’re what we need. I’ve got a gold membership and I can make a request right now. You girls still with me on this, or should I just drop it?”

“Are you kidding?” Elsa nearly screamed in the confines of the restaurant. “Go for it, girl! Make the call.”

And so she did. They were all set for an appointment for tomorrow.

The following day, a Nissan Jeep pulled up in front of the Excelsior Hotel and disgorged three black men who went inside and headed straight to one of the awaiting elevators. The three men were Booker, Tyrone, and Baby D, from the Tongue Patrol agency, and they were expected. It didn’t take long before they found the room they were looking for.

Tyrone knocked on the door, and it was Mona who answered. She was ecstatic seeing it was the guys, and let them in.

“Girls,” Mona announced as she led them into the room where her two friends, both of whom were dressed to seduce, sat on the bed waiting. “Girls, the boys are here.” She introduced everyone and then selected Tyrone for her mate while Elsa had Booker, and Amber had her arms around Baby D.

Each man settled with his woman in a different area of the room. Mona and Elsa wasted no time unbuckling their men’s pants to get at what awaited them while Amber performed a striptease dance over Baby D’s thighs, rubbing her pussy over his crotch while he opened her dress and sucked on her tits one at a time.

“My God, you’re so big!” Elsa grinned as she took in the sight of Booker’s humongous member. Her hand could barely go around its girth as she gave it a couple of strokes before planting her mouth over the purple head of his dick.

Mona had Tyrone on the bed and they performed foreplay on each other in a sixty-nine position. Mona dug into her sucking with relish, slurping her tongue over his shaft while Tyrone probed his tongue into her pussy.

Meanwhile, Amber stood up to enable Baby to unzip his jeans and pull them down his ankles. She slid her panties to the side as she came forward to straddle him. Amber held her breath then released it the moment she felt Baby’s cock penetrate her wetness. Her pussy was crying to be well fucked, as it hadn’t been fucked in a while. She wrapped her arms around Baby’s neck and went ahead bouncing and grinding her ass against his throbbing pistol.

Booker stood up and stroked his cock. Elsa pulled up her skirt, exposing her naked ass, and urged Booker to come at her. Booker shoved his cock into her accommodating pussy. He gritted his teeth as he penetrated her tight pussy. Elsa cried out as he thrust deep into her. Her body broke into a pulsating shiver that enveloped her body.

Mona had her lips locked around Tyrone’s cock, sucking him hard. When she looked up and saw her friends were lost in their fun, she decided she ought to be having the same as well. She sat on Tyrone’s cock. Her pussy was dripping with wetness as his shaft slid with little effort inside her. Mona gasped and began riding him like a pinto. Her ass slammed down on Tyrone’s cock like it hadn’t enjoyed been fucked in a long time. Tyrone held her forward and smacked her butt. He spread his legs apart and began pistoning his dick with as much speed as he could muster.

The room was filled with the sounds of screams, gasping cries and deep grunts, of thighs slamming against asses; the fucking went on like it had no end.

After a while, the men swapped women. Mona went to Booker, Amber went over to Tyrone, and Elsa became Baby D’s slut. She lay on the bed, her pussy inviting.

“Come here, black boy,” she said to Baby D. “Come feed me with that big black giant cock of yours.”

Baby D licked his lips, then came and thrust his cock into her gaping hole. Elsa whimpered aloud and closed her legs over his waist, pulling him downward. Baby dipped his hands under her back to grasp her ass from beneath and continued jerking his hips up and down on her.

“Ohh … Ohhh yeah, fuck me! Fuck me hard!” Her wild cursing drove Baby D into a frenzy, and he didn’t let off from banging her as hard as he could.

Booker lifted Mona into the air and held her before him while his cock went on stretching her cunt. Mona had reached climax a couple of minutes ago from Booker’s efficient pounding, and she was about to have another as she whimpered constantly from the wave of pleasure she was experiencing.

“Oh my God!” she gasped, swiping strands of her hair from her face. “Oh my God! Booker, you can fuck my pussy anytime you feel like… you fuck me so damn good!”

Booker laughed — another job well done, he thought — and returned her to the couch from which he had scooped her up.

An hour later, after the men had gone, the three friends lay in bed, naked and dazed out of their minds.

“My God,” Amber exclaimed, as she massaged her pussy. “I feel like I’ve just been fucked seven days to Sunday.”

“Me too,” Elsa said, brushing locks of her hair out of her face. “I’ve never — and I mean never — been fucked like this.”

“Me neither,” Amber replied.

“You girls think we ought to do this again someday?” Mona presented the question.

“Hell yeah we should,” Amber answered for herself and Elsa. “And soon, too. I can’t wait to have another round.”

The three of them laughed.