He Pretends to be the Uber Driver 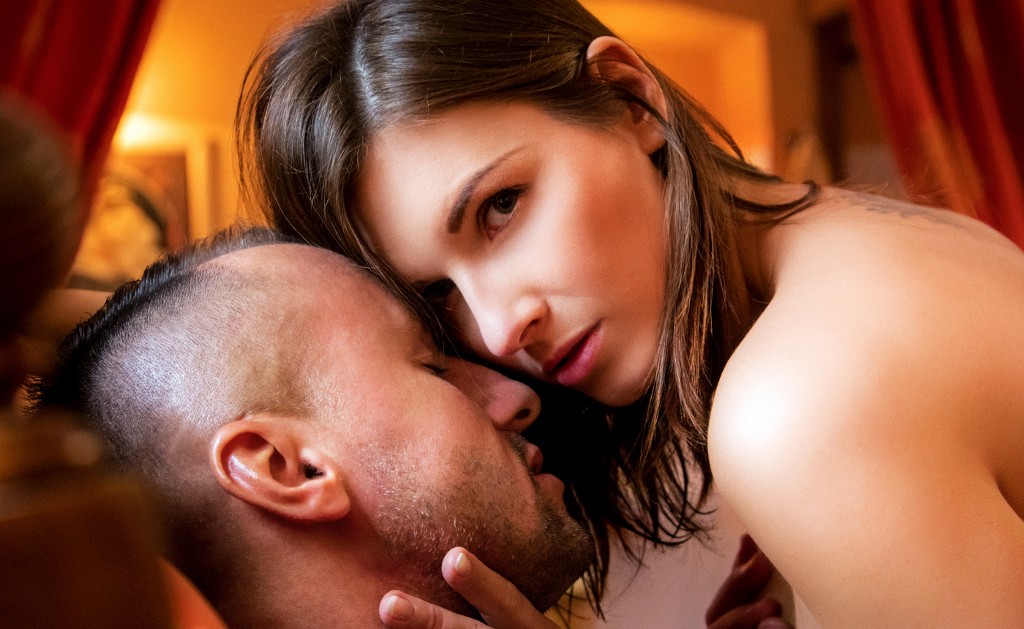 While his wife sucks a guy off in the back seat

The arrangement was this. Jerry’s wife Nancy would go into the bar and meet this guy she connected with on Tinder. Jerry and Nancy had put the profile up together, and right swiped on a bunch of guys, but Rudolfo was the only one Nancy hit it off with, in texts.

If all went well, she would text him to come as the Uber driver, which meant he would put the printout of the big word UBER on his dashboard and come pick them up. He even got one of those phone holders so his iPhone map would be up on the dashboard looking real authentic. He also printed out the license thing they have on the dashboard that gives the Uber driver’s name. He gave himself the name “Hugh M. Angus.” Which was kind of an in-joke between his wife and him, because he was anything but humungous. He didn’t have a micropenis. But it was very nearly a micropenis. It was three inches long. And it didn’t satisfy his wife. She had admitted as much in couple’s therapy. They had tried using dildos and other things. But what Jerry really wanted was for his wife to have a proper sized cock in her. He loved his wife so much and he wanted her to be satisfied.

Of course, it was a bit of a risk. She might not like this guy Rudolfo in person, but in that case, they had a plan. If all didn’t go well and she didn’t feel like fooling around with Rudolfo, she would just text “Meh,” and he would pull up to the bar without the Uber sign and take her home.

Nancy looked so sexy in her little black dress and fishnet stockings when he dropped her off at the bar. He drove down the street a little ways to a dark spot where he could put his hand on his cock and pleasure himself a little, imagining what was going on inside.

What was going on inside?

Rudolfo was already there waiting for Nancy, sitting at one of those high circular tables on a stool near the bar. He gave her a little peck on the cheek and they began chatting.

“You’re even prettier in person,” he said. You can imagine the dialogue. It was kind of dumb. But what was going on inside Nancy’s mind was very interesting.

She was thinking, “This guy Rudolfo is pretty sexy. I could see myself having sex with him in the back seat of a car while my husband watches in the rear view mirror, pretending to be the Uber driver.”

This fantasy, however, did a lot for them. They had role played the whole “meet the guy on Tinder” thing a million times. And now that it was becoming a reality, Nancy’s heart was drumming and her pussy was soaking and she was saying to herself, “Yes, let’s do this thing.”

Yes, it would be violating her marriage vows to sleep with another guy, but as long as her husband was there watching, she felt that God would forgive her the adultery. Because God also knew how much she longed to be fucked by a real cock. She was crazy about Jerry — he was so funny and loving. She was in denial about the sex. She pretended it was fine. After about six years, she couldn’t pretend any more. Thus, she was sitting there at a bar with a hot young guy who she could already see, glancing at his crotch, was going to be twice as big as her husband.

Jerry was sitting there with a hard on, rubbing it through his pants, thinking about his wife in there with this hot guy, when the text came: “Uber please!”

“Hugh?” said his wife, sticking her head in the passenger window when the fake Uber pulled up.

“The freeway’s all blocked up,” said Jerry. “Do you mind if I take the back way? Through the park?”

“No, that’s fine,” said his wife, dismissively. Then she turned to her date.

“I’m so hot for you right now,” she said. And she put her mouth on his and started making out with him like crazy.

“I can’t wait to get you back to my bedroom,” she said during a break in the kissing. “You are so sexy.”

Rudolfo looked a little nervous, kissing like this so close to the Uber driver.

“What about the…?” he said, gesturing to the front seat.

“Don’t worry about it,” said Nancy. She took his hand and put it inside her dress so he could feel her tits. “Oh, yeah, that feels so good.”

“You are a sexy lady,” he said, kissing her.

Jerry then saw in the rear view mirror that she was moving his hand from her breasts down between her legs. He couldn’t see what was happening — it was below the view the mirror was giving. He was going to have to adjust it, but he didn’t want to be too obvious.

When she was kissing Rudolfo again and blocking his view, Jerry adjusted his mirror. He could no longer see their faces, but he could see Rudolfo’s hand between her legs, working away up her dress, and her hands were unbuckling his belt, and pulling a nice hard cock out for him to feast his eyes on.

OMG. A real man for my wife. A real cock for her! Look at it! How awesome!

Meanwhile, Nancy’s heart was pounding as she looked down at that cock. That! That was what she had been missing these six years. That! Her pussy was on fire as he fingered her, and as she reached over and began stroking his cock.

“Everything OK back there?” said Jerry, cheekily. They were in a very dark section of the park. Only the silhouette of their faces could be seen when he adjusted his mirror back up. And they could only see the silhouette of his face.

“All good thanks,” said Rudolfo. He seemed to be straining for words. In a second Jerry saw why.

His wife was down on that big cock, her head bobbing in and out of frame in the mirror. Jerry adjusted it down again and saw her luscious red lips around the shaft of that big dick. She was taking it deeper, deeper, deeper into her throat with each suck.

“The dude’s beating off!” Rudolfo exclaimed.

His wife pulled her mouth off his cock. Jerry stopped beating off and zipped up his fly.

Jerry could see Rudolfo zipping up his own fly.

Jerry loved that, hearing her speak so dismissively about him. But there was no more hanky panky in the back. Rudolfo was kind of sulking, and glaring at him.

They drove the rest of the way in silence. Finally, Jerry drove in front of his own house.

“Here you go, have a nice night folks.”

Rudolfo just glared at him again and got out. His wife paused, and smiled at Jerry before getting out.

Jerry drove off, gave them time to get in the house, and then circled back and parked a ways down from his house. Then he made his way into the backyard, where earlier in the evening they had placed the ladder against the back wall of the house that led to the little balcony outside the master bedroom.

Jerry climbed up the ladder, rung by rung, not knowing what to expect. Would they already be up in the bedroom? Or would she have stopped in the living room to give him a drink or something? They really hadn’t worked out those details.

But when he got to the top of the ladder and stepped gingerly onto the balcony, he could see through the sheer curtains of the balcony door that the proceedings had already begun — he was just in time.

Rudolfo was completely naked now, sitting on the end of the bed, and his wife was in her bra and panties, giving him more of a blow job. He could hear them pretty well out there on the balcony — he had made sure to crack the door just a little before they left to let the “audio” out. Still, their voices were a bit muffled.

“I can’t believe that fucking Uber driver,” said Rudolfo. “I shoulda punched out that creep.”

“I know,” said his wife, taking her mouth off his dick. “What a creep. What kind of a guy gets off on watching other people?”

“But let’s forget about him and focus on us,” she said. “Eat my pussy, baby.”

Surely Rudolfo thought she was talking to him, but she wasn’t. She was letting her “baby” looking in through the window know.

Rudolfo jumped up off the bed.

“The fuck was that!”

He stormed over to the balcony door. Opened it and stood in front of a man with no pants on that he recognized.

“It’s the fucking Uber driver!” he said, in disbelief. “The fuck are you doing, you sick fuck!”

Then he hauled off and socked the “Uber driver” in the face. Jerry went flying back against the railing of the balcony, and did a back flip over the edge.

“Oh my God! Jerry! Jerry!” cried Nancy, leaping out of the bed.

“Who the fuck is Jerry?” cried Rudolfo, standing there naked.

“My husband, you idiot!” she screamed. “You just killed my husband!”

“Jerry, thank God you’re OK,” she said, helping him out of the bush.

Then Rudolfo, fully clothed, appeared in the backyard.

“You all are some sick motherfuckers, you know that?” he yelled at them, jabbing his finger in the air with each word. “I’m outta here.”

“No problem,” said Jerry, standing rightside up at last. “As soon as I get my pants back on I’ll get you an Uber.”

“I wouldn’t get in your Uber if you paid me a million dollars!” shouted Rudolfo, and he stormed out of the yard.

Later, when she was holding a cold cloth filled with ice to her husband’s black eye, Nancy cracked: