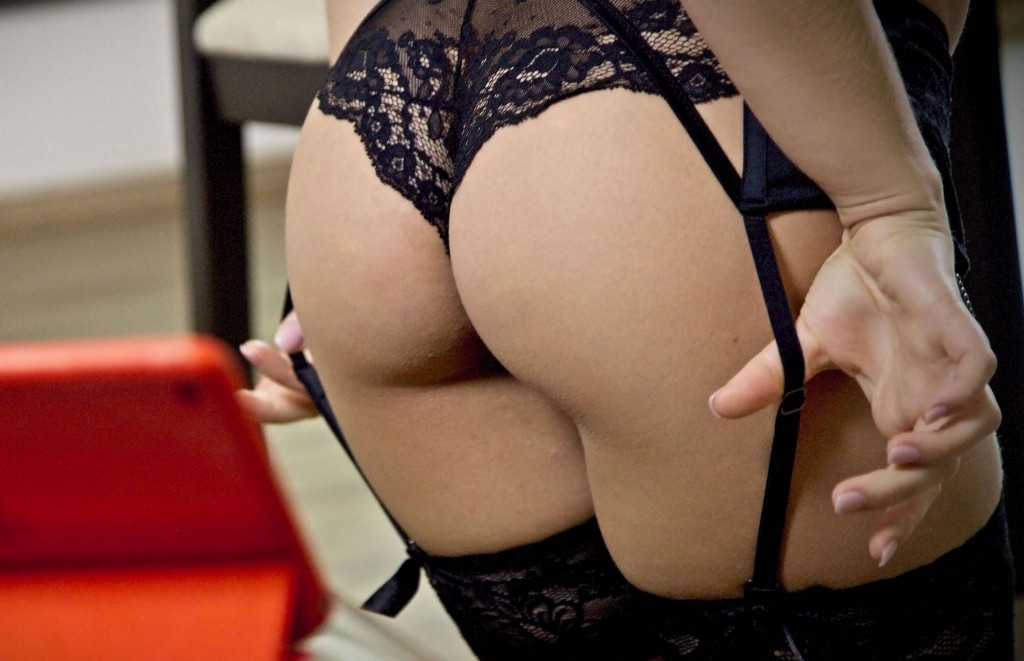 Master Damien slid his hands under her skirt. He felt the bare skin above her stockings, then he fingered the straps connecting them to her garter belt. When she dared to lift her eyes to his, he smiled and nodded approvingly.

“Very nice choice, my dear.” He kissed her forehead and she dropped her gaze.

He lifted her chin. “Look at me, little one.” His voice had an edge to it. “You’ll learn.”

“Thank you for your patience, Sir.”

He kissed her lips this time and withdrew his hands from her body. She was pleased he approved of her choice of clothing. He’d given his instructions, vague as they were: revealing clothing for the party tonight. It was to be the party of Master’s friend. Maybe his mentor. Kat searched her brain for the right words.

Mistress Amy, Master’s wife, came out of the bedroom, looking gorgeous as usual. Kat felt inadequate beside her. Mistress tangled her fingers into Kat’s hair and kissed her.

“Lift your skirt so Amy can see. Eyes up.”

Kat raised her gaze to his, then lifted her skirt. Her eyes bounced back and forth between them. They shared a smile, her owners, her masters. Whatever they were called collectively. God, she was so new at this, it was difficult.

“Come, we should get going. Do you have the collar and leash?” Damien asked.

Amy nodded. “A temporary collar,” she murmured, while she snapped the leather around Kat’s neck. “Just for tonight.”

Kat touched the leather encircling her throat. Amy snapped the leash onto the ring and tugged Kat forward, throwing a grin over her shoulder.

They got into the car. Master driving, Amy in the passenger seat and Kat in the back. Music filled the car and the couple in the front chatted quietly while Kat tried to listen and fretted about the evening ahead. She desperately didn’t want to embarrass Master. She’d been to so few of these parties, she was unsure how to act.

As long as she listened to Master she’d be all right. And Mistress. She’d do best if she stuck close to one of them, as she usually did. She wished she could remind Master that she didn’t like parties, that she’d rather stay home where it was quiet.

Part of their agreement was that they allowed her opinion to be heard, but Master’s decisions were final. She’d voiced her opinion once and Master assured her he would monitor her and they would leave if she got too overwhelmed.

“Stop fretting, you’ll make things worse for yourself,” he said, looking at her in the rear view mirror.

Mistress looked into the back seat. “I promise Master William’s parties are very tasteful and quiet.”

“Eyes up and smile, I will spank you before we go in.”

“After I park, she can bend over the hood and what? Five to the ass.”

“Ten, Sir. Enough to make her sting and stop thinking about anything else.”

Master parked before Kat was ready. Mistress Amy helped her out of the car and led her to the hood. She put her hands on the hood and bent over, ready to take her distraction.

“Lift her skirt up,” Master instructed his wife. Mistress pulled Kat’s skirt up and the cool evening air caressed her bare skin and through the thin lace of her underwear. The ten blows were delivered quickly.

Kat started to stand. “Stay,” he commanded, one hand pressing between her shoulder blades. His other hand pushed her legs apart, caressing the soft juncture between her thighs. Already wet from the spanking over the hood of the car, and her state of dress, she cringed. She would soak her panties if he kept touching her.

One finger slipped under the rough lace and touched the soft velvet of her bare pussy. Kat moaned, her eyes closing. “Oh my little slave, always so eager when pain is involved.” His mouth was near her ear, his body pressing lightly against hers.

His finger slipped along her slit, teasing her. “You’re ruining your panties before we even get to the party. Everyone will smell your arousal.” To demonstrate he withdrew his finger and brushed it alongside her upper lip. “Lick it off.”

She sucked his finger into her mouth and cleaned it with her tongue. Not long ago she balked at the same action. How far she’d come out of her shell, out of her comfort zone, with his gentle persistence. Now she reveled in her taste, in her reactions to his careful teasing.

“Amy, love, do you have a pair of scissors?”

“In the car,” she called back. While she retrieved the scissors, he pushed a finger into Kat and stroked her slick inner walls. Her body clenched around him.

“Thank you. I think since our dear slave has soaked her panties, removing them is the only course of action.”

“Sounds right, Sir,” Amy said, kissing his cheek as she handed off the scissors.

Kat squeezed her eyes closed as he cut away her underwear. Master pushed the scraps into his pocket while Mistress took her arm and steered her into the party. Amy was wrong, ten slaps wasn’t enough to make her stop worrying.