An Essay on Wife Sharing 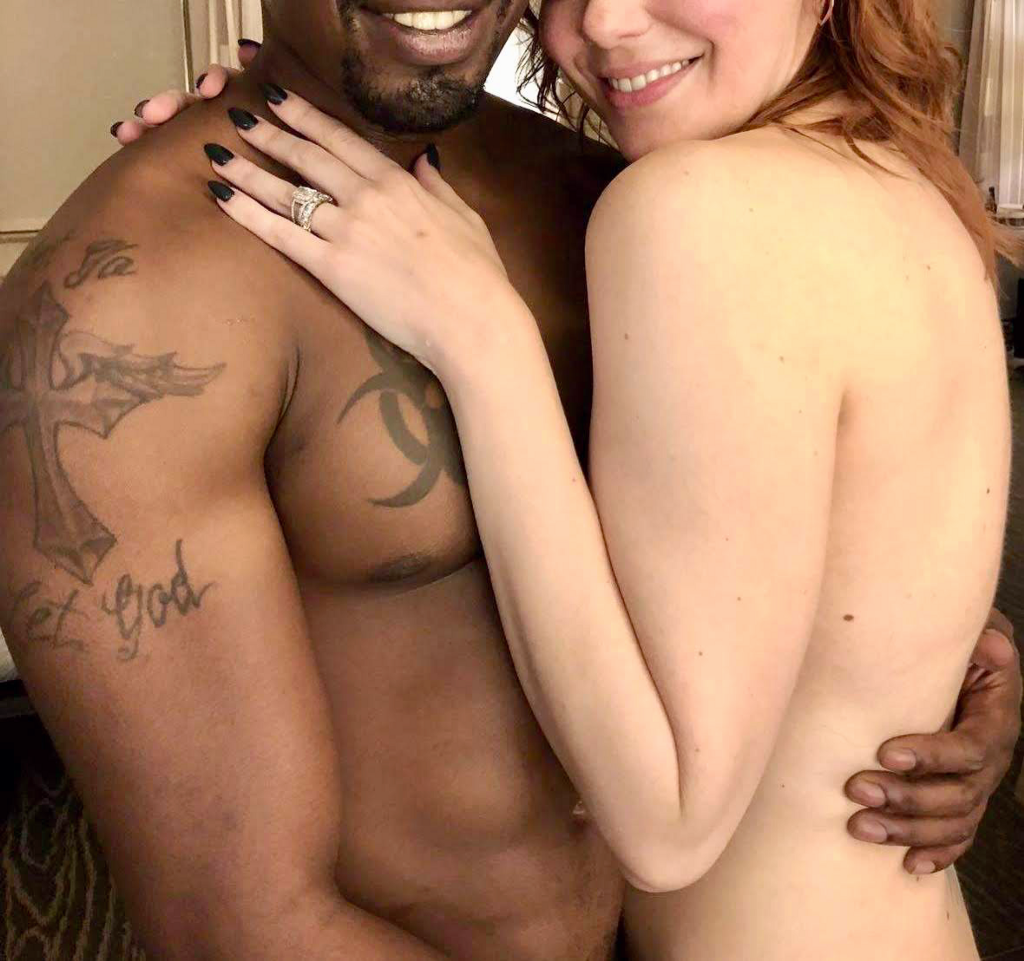 “Have you ever stood back and watched your wife kiss her Black men? The sheer beauty of my wife naked in the arms of one of my co-workers and 4 or 5 other Black co-workers who are standing around watching is breathtaking.

For some reason when a Black guy has my wife in his arms and he’s smiling at the other Black guys, I really get to notice just how beautiful she is. When she lays down and kicks her feet up in the air and spreads her sexy thighs for all the guys to see her pussy, I realise just how hot she is. When she is giving them her pussy and moaning and squirming everywhere, I realize my wife has the best pussy ever and she loves giving it to her Black men.

– Letter from a Florida husband.

For worthy husbands who love to share their wives, nothing gives them more pleasure than to see her being sought after by other men. It enhances his pride with the notion that he has indeed been taking excellent care of his wife, leading up to this particular moment.

To see a hotwife become her best self with other men in the presence of her husband, gives utmost power to the cuckoldry nature of a couple. Right now, behind closed doors, many husbands are thinking of ways to make this possible for their wives. There are a couple of obstacles that first and foremost need to be surmounted.

Many husbands (and to a lesser extent, their wives), harbour an intrinsic fear regarding how to present this wife-sharing/cuckolding subject to their spouse. Such husbands would prefer such a thing came about accidentally. That the wife would have a sudden urge to commit adultery, after which she would come to her senses, seek forgiveness, and her hubby would then use that as a wedge to entice her to commit it again.

Such an angle might work, and for some couples out there, it most certainly has worked for them. But that is more an exception than the rule. It pays better when the husband swallows his pride and suggests this desire to his woman in person. At least then, he can rest assured that he has lifted the weight of the burden off his chest.

A woman’s inclination towards receiving such an offer, especially coming from her husband, would be to give a blunt answer of NO.

NO, she’s not going to go out and cheat on him;

NO, she doesn’t wish to entertain the idea of being shared with other men;

HELL NO, she wants nothing about becoming a hotwife. Period!

What’s a husband to do after proposing this suggestion? And the husband should keep in mind that this is a mere SUGGESTION he is presenting. Give her room to consider the pros and cons of each option. Prod her only when necessary. Offer her clues and presumptions as to why you feel this would work best for her sexually.

Yes, let’s not forget this part, since the purpose of this lifestyle rests more on the physicality of sex. But it pertains to the emotional also. The need to arouse a wife’s sexual pleasures by another man: someone who is more capable of rough, roguish intimacy that emphasises fucking as opposed to mere movie-making.

This is what husbands want to see done to their wife; it is also what the wife deserves to enjoy. Sex is the yet unconquered country we tend to ignore. That becomes prominent as couples age past their 40s, well into their mature period. This is most peculiar for women who are entrenched in their menopausal stage. What better way for a wife to rejuvenate her eroticism than appreciating the benefits that come with being sexually appreciated by other men aside from her husband?

Many married women might find this subject abhorrent to even discuss. For those wives out there who are already cuckolding their husbands, they know intimately by now that age comes with renewed moments of self-discovery. None can be more acceptable than submitting to the sexual urges that come with exploring this lifestyle in a manner that much of today’s society might consider too outrageously avant-garde — even though it would only lead to a life of sexual bliss for both husband and wife to explore.

Men are voyeuristic animals. We take extreme pleasure not just in having sex, but especially watching others have sex. We love it more than staring at dastardly car accidents. It is our undeniable fetish we can never outgrow nor desist in indulging.

This is the secretive reason why many husbands turn to wife-sharing and cuckoldry: that urgent desire to watch one’s wife submit herself sexually towards pleasuring another man while her husband stands back watching, taking snapshots, and even filming the event. Even though the wife knows indelibly that this is what her husband craves, it is bound to entice the husband even more should the wife suddenly go off-script and decide to humiliate him in the presence of her lover(s)/Black Master.

But there is a difference to this particular aspect.

There is a certain adorable fun that exists whenever we opt to throw caution to the wind by being careless and self-indulgent with ourselves, or in this case, this cuckold aspect of sexual experience. It is like observing people going nude: we never can tell what ultimate type of fun they’re having being naked, and in a way, we have become way too accepting in our societal perspectives to shun such lifestyles and declare them as taboo. While many would like to consider cuckoldry as taboo, this lifestyle has been in existence since the dawn of time. The fact that we are entrenched in the 21st century, where information is a click away from our computer or phone screens, is helping bridge the gap between what’s taboo into the mainstream.

As word of this lifestyle becomes ubiquitous, more husbands and including wives, boyfriends and girlfriends, are introducing themselves and their partners to partake in this experience. Soon, what once was considered taboo will not be so anymore. So, why not indulge in the fun and share your love?