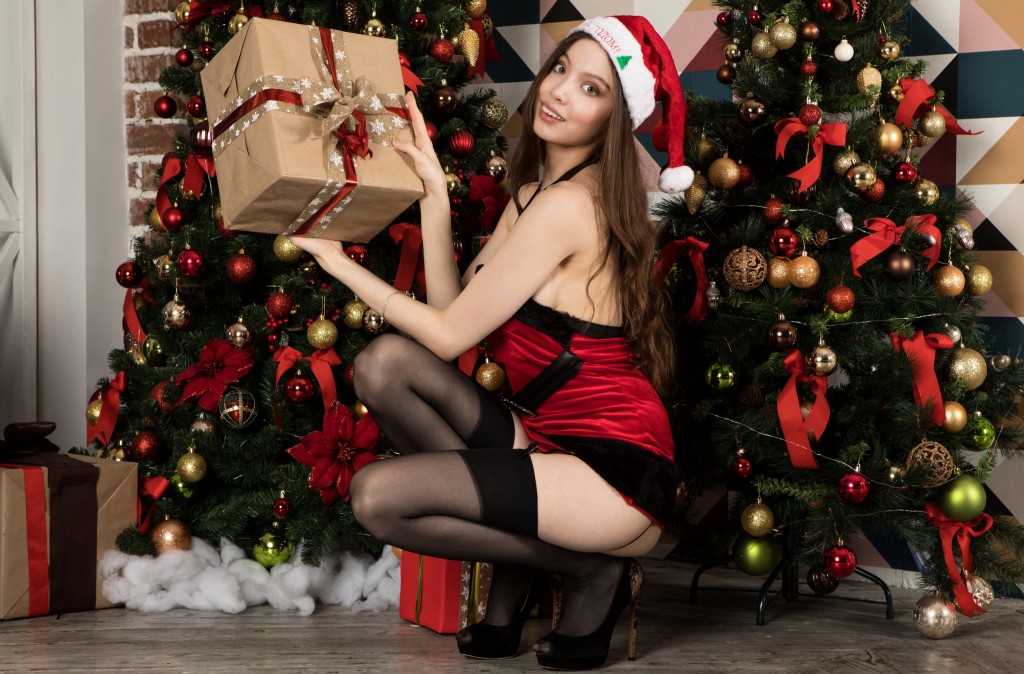 My eyes moved from place to place trying to decide what the focus of the piece was. I don’t think I ever saw your stepsister in red before; it was both stunning and headache inducing. She refused to hear any compliments whilst she wore that long sleeved Santa’s Little Helper dress. The feather trim made it a less modest version of your mother’s outfit — but when they posed together they matched nicely.

It was early November and your family decided it was time for Christmas.

I’d just taken out my camera again when your mother unwittingly furled off with a plate of untouched cookies. Your parents had made every effort to capture another year of chaos in raising kids — whether or not you managed to pull off your escape. For the most part, your stepsister thought she hated you for not showing up this year, and I was beginning to see why: she didn’t want to be the only one without some sort of freedom.

My eyes met your mother introducing another plate of sugar cookies around the room, impossibly neater than the last.

“Snowflakes,” your mother said past my shoulder and then joined your father on the couch.

The whole thing yanked a smile from your stepsister.

“Why can’t you smile like that for Santa, Jacqueline?” your mother said, preparing to ask for my camera.

I wish I had known sooner I’d have my photo taken that night.

Around the armrest, I stood next to Jac while your mother held the camera out in front. She wanted us all to fit into the frame, but I didn’t think we could’ve shuffled any closer. My right hand curled around itself somewhere near the center of Jac’s back, waiting soundlessly for so long as she moved about. The next thing I knew, she grabbed my wrist and threw me around her; hooking my hand straight onto her belt buckle and it — stung. I turned my head to check if I’d started bleeding but just walked straight into her trap. Waiting for me, she winked while twisting her skirt up into the back of her thong.

My tongue pushed at the side of my cheek, stifled in surprise hardly a moment before the shutter opened again to reveal a lens.

Other than the camera being aimed directly at us, there was no way we could be seen behind the couch. I weaved my hand dangerously and pulled her skirt free, rushing behind the curtain to the part between her tights; the velvet barely moved after me. Trembles warmed her body as I ran through the list of places I could be in my mind, sifting and sorting in slow motion until I could check off her lips and clit as ones I’d already searched. She drew back again and I spent a moment studying her face, while your parents finished clinking their glasses. If your mother hadn’t kept one eye on me, I would have licked her juice from my wrist.

I imagined what we could’ve made if she just leaned forward, slightly, and most of my fingers could gently massage her clit. My body started itching as sparks flew in every direction. Come here, I thought, pulling my entire hand back a couple of times quickly, with my palm still.

Jac glanced and smiled at me, bringing my hand backwards — she was ready to have her picture taken.

The camera made a wonderful mechanical whirring sound before capturing the moment, with a loud click and a blinding flash; and everyone veered in to see the photo.

She stood beside me; her knees were just hinges, wobbling back and forth. I could tell by the way she looked down, it was as if someone had started shaking her brain, like her whole world spun and she wanted to just sit — it felt that good. There was something about playing with her that amused me, coaxing shivers despite my brain protesting; almost like my actions had been remote controlled by a single hormone. Something good was about to happen… I was clever, that’s all.

My fingers curled tightly around one another and dropped from under her skirt. They were obviously wet with juice.

Your parents laughed and chatted away about how nice we looked together, never knowing the reason why so long as she kept quiet.

I had only unzipped my pants halfway when your mother started to turn around to us.

“Let’s try something else,” she said and Jac jumped as if something flashed beneath the surface of my expression.

“Err…How about this!” Jac suspiciously hugged your parents straight ahead.

I hurried to investigate and found it was my dick staring up at me, not caring what day it was, or who it was around. Even though I found it incredibly hilarious, I didn’t think your parents would’ve found it funny at all. Though it was too late. Your father rounded his shoulders left and as he began to turn, I reached down desperately, stuffing and pushing it away — but no matter what adjustment, I was clearly erect. I had lost all hope until he stopped in his tracks and began to pick at the couch, seemed as if he was struggling more than anyone else. Then it was back to another picture; so I didn’t bother with it anymore…

We were no longer under surveillance.

I grabbed my junk and took a step back behind her while we brainstormed photo filters with your parents. Jac’s only suggestion was, “If you post them, don’t tag me.”

“Can you pass another cookie,” she huffed as my cockhead brushed up her inner thigh.

“Please,” your mother sharply corrected her, then bought the plate closer.

Jac reached forward on her toes in slow motion, happy to stretch for the right one. As she intended, I saw everything when she did. Both my eyes were on her in the sudden induced silence. Her long ponytail fell loose and split at her waist. Perhaps her skirt hemline pulled up at itself and shortened in the back. I looked down and saw her thighs wrapped around my dick in a warm, slow hug as she grabbed a cookie. My eyes slipped closed and I felt my dick dejectedly cool from her thighs before it slipped higher and touched silk. Isn’t this better? I asked myself and pulled myself upright before I could join the conversation back on the couch. I lifted my head and suddenly found Jac suspended for a second, choking on a smile.

I could tell she didn’t mean to do it. The groan that rumbled out of her throat backfired between her eyebrows.

I stared erratically at the back of her head, knowing well that I was about to ruin Christmas. And the worst part of all, my dick still blew hot.

She heaved out a rhythmic build up, refusing to stay still and take the wailing pleasure. But don’t ask me what I thought about it, because what I assumed was an orgasm ended up being a cover-up sneeze.

“Bless you.” Either someone said it, or a police siren screamed.

“Please.” She unfroze finally and said, sucking her lips.

But I knew her tone was for me. My dick fled from my other limbs and ran deep into her cervix, and if I didn’t control myself she’d never let me live this down.

She felt somewhat ribbed because of how fast I’d stretched her out before. I bet if you were half as horny as I was then you’d have your nut seized up too. I watched myself flow out calmly; the feeling of pulling out, downpoured suspect or crime, as I stole beads of juice with my shaft. For the next 30 seconds, it was all I could think about until Jac reached back and swatted my attention ahead. That’s when my memory started to kick in: it was time to capture the tangled look on our faces — A memento of the Christmas your stepsister and I fucked, during your family’s holiday photo.