The Woman I Hate 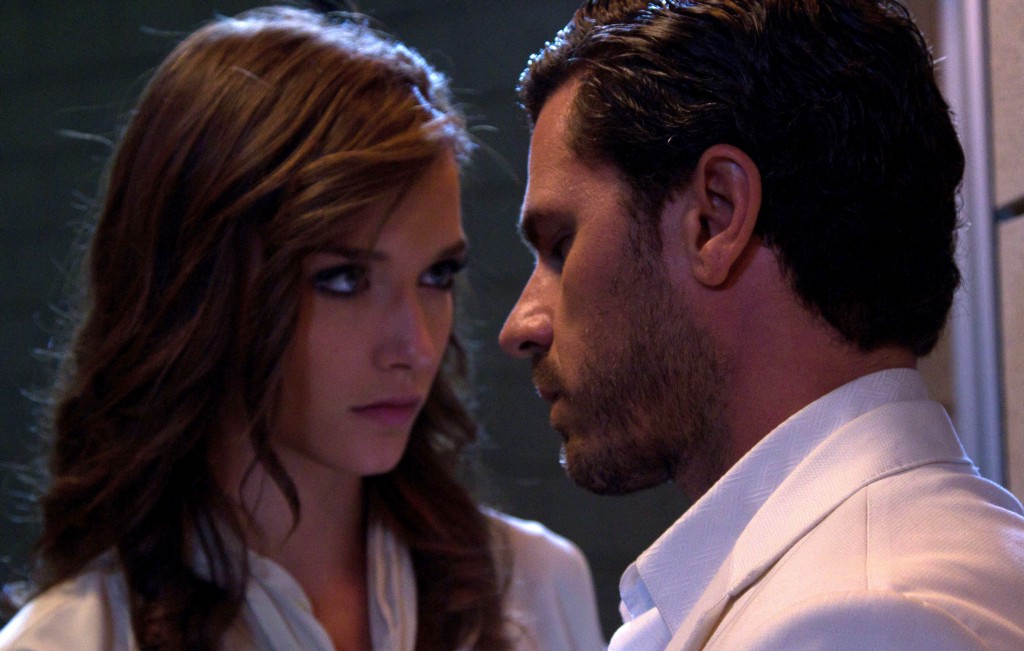 They say the higher the high, the lower the low; and all the time her emotions became more extreme.

“Where are you going!” I said as I raced through a door that barely closed between us, and followed her outside. The cold bit down on the inside of my nose and tightened my chest. Just enough so I couldn’t breathe and even forgot that I smelled of old wine.

Amidst the blares of brass streetcars, the last quick horn told me to stretch my arm a little further than usual. Since stiff fingers almost always caught onto something, my hand finally grabbed the back of her arm. A small but teasing smile crept up on her face and for a moment, I thought she looked a bit too thoughtful — as if she tried to compare the moment to something else. Perhaps the next also played in her mind, but the time it took her to remember anything like this: she and I were high and dry standing in the middle of a traffic island.

I felt something rise in my chest, and it waited to take over.

She stood and stared directly at me. Endless reams of hair gracefully blew to the right until the last of her fringe joined, and slanted over her cheekbones. I watched as a slow distant glow approached, and showed me the shape of her face like a silhouette. Sharp structures in soft pink shades, tall heels tightening body curves, clutching me in a way — she was elegant but feminine. Once I even thought about counting how many times I could roll my tongue down her shape, I knew I should’ve headed back inside – he would be wondering where we went.

I went to drop my hand and one finger came down too slowly; pressing against every hook of her little finger. I wondered if the heaviness paralysing my throat would ever pass; then I finally had the chance and waited for my body to follow. But it’s the world that doesn’t do. As soon as I began to walk away, traffic blocked us all around and the wind trailing behind jolted us closer — as if Cupid raced to see us together.

An apology light enough, it comfortably sat atop my temples. My mind turned around, searching corners where I thought her boyfriend might appear. But my worry displaced itself as soon as I realised my racing heart had nothing to do with fear.

Beneath the cold, I was safe with a vulpine mouth wearing fresh carmine lipstick, that didn’t smile. Instead: just the hot intensity of her gaze that could read anyone like a book. Eyes on mine, my breathing slowed as if we were about to start to undress: she held her arms around my neck, fingers running gently through my hair.

Stepping closer, we straightened up.

Rather than squashing my desires, I kissed her neck hard and she relaxed backwards while keeping her chest close to mine. It was one heck of a way to invite my hands in, for whatever else they wanted. It was only fair, because she had already started using her nails to softly claw at the back of my ears.

I knew there was a grin plastered on her face, and rolled my eyes to cast off my identity and start somewhere new. I couldn’t help but think it was incredibly typical of her to elate over something so small, though I ate the last of my mush and moved close. She felt my breath on her face. And now that the road was empty, the street darkened, and everything else was fair game.

She let me reach down into her jeans, and the front waistband slowly broke from its mold. Think “fitted”, not “skin tight”. The last of the zipper released itself so I could hold her comfortably in my hand.

She hadn’t worn any underwear that night; I felt myself press against my pants as my fingers explored what I could not see.

Formless and indistinct, like a velvet curtain shifting. The feeling I got from sliding into warm custard, dispelled the taste of her around my tongue.

Hands curled tightly around me so she could safely lean away without falling backwards onto the road. Her breath warmed the edge of my collar but I stood tall and stiff, and kept my fingers the same way as I flicked them side to side. I felt her hips loosen, and their speed finally changed as I started to feel around less carefully: massaging in large circles until I really earned her.

She looked at me, her eyes beyond large and beaming. I had thought she had come until I realised she had spied something behind me. Italian shoes smacked the pavement, not nearly as loud as his hand as it came down cold on my shoulder. Quietly, I slid my hand into my coat pocket, not worried about the mess her juices would make, and all my other previous thoughts immediately stopped in their tracks.

How much did he see?

How did he know?

It didn’t matter because he was there.

Together on the island, there was a moment between action and consequence. It was not eternal and fleeting, but rather one that gave us a million reasons why we were completely, and utterly, fucked.

Asa Erotica Follow
« Fire Down Below
Sharing the Load »