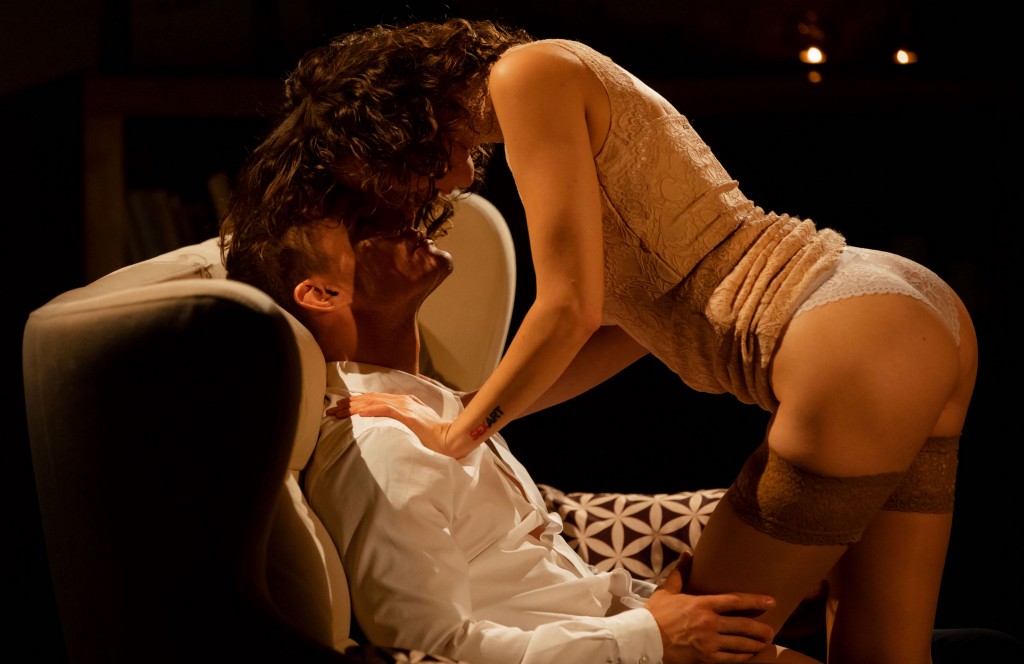 I met Steve for coffee the day after it happened. He was in a real mood. So high. I remembered that feeling, the day after my wife made love to another man for the first time. It really is like falling in love all over again.

“I’m so into her right now,” Steve told me. “I bought her flowers. I can’t wait for her to get home. I’m making her a nice dinner. I’m going to give her a long massage, and kiss her all over. I’m totally in love again.”

“It just might not fit your pictures,” I said.

“What feels like Liz to you?” he asked me earnestly.

“Well,” I said. “I hate to say it. But I feel like Liz is not going to want you to be watching her, Steve.”

I explained to him that there are two different ways cucks get off. Sure, some cucks like to be there watching opposite the couch. But there is another brand, and I am one of them, that doesn’t feel the need to be there. We just want to be cheated on. I mean, we desperately want our wives to cheat.

“Could you be that type of cuck?” I asked. “Is it enough for her just to cheat on you. Do you absolutely have to be there?”

“Well,” he said, thinking about it. “I guess not. Especially if she gave me, you know, the details later. I guess that would be good enough.”

“You’ll see, Steve,” I said. “I could be wrong. But I think if you give her permission, an attractive woman like Liz will eventually have an opportunity. And if she knows you’re OK with it, that you give her the complete free pass, then she will one day give you what you want.”

“So I just tell her she has a free pass?”

“That’s right,” I said. “She’ll probably laugh it off and not take you seriously, but when the opportunity arises, she’ll remember that. That’s the way it happened with my wife. Give her the Free Pass. Then, once she uses it, you might be able to graduate to her fucking guys in front of you. But start off with this.”

I’ll never forget the first time my wife cheated on me. It was the greatest day of my life, when I found out.

She came home from a business trip. I picked her up at the airport. On the way home, when she’d finished telling me how the business part of the trip went, there was a pause.

“I have something else to tell you,” she said.

It was like a bolt of lightning hit my chest. I almost lost control of the car and swerved into the guard rail.

Everything changed for me in that moment. I never knew being alive could be so exciting. I couldn’t swallow. My throat was constricted. My heart started racing. And my balls contracted. But the best thing of all — my brain. My brain was flooded, absolutely flooded with dopamine or whatever hormone it is that creates a feeling of pleasure in the brain.

For the first time in my life I thought, “Here I am at last.”

“Yes,” she said, biting her lip. “Something did happen. Do you want me to tell you about it?”

I got off the freeway. I pulled the car over in some crappy neighborhood in front of a store.

And my wife began telling me about the guy she met at the meeting, the wine, you can imagine. It was a run of the mill business convention kind of encounter. But remember, this was my wife! My wife was the star of this little vignette. My lovely wife! My good wife! Who was much too good a woman to do anything kinky or weird or strange. But whom I had always assured was free to cheat on me if she wished, because I wasn’t jealous and it didn’t matter, in fact it would make me happy, and that she had this Free Pass.

My wife had gotten flirty with this guy. The next thing she knew, they were in his room and he was taking her clothes off one by one. Then she was completely naked, lying on the bed, and he was kissing her over every inch of her body.

I was listening to her tell me this, and I couldn’t help myself. It was dark out, so nobody could see, but I pulled my pants down and I started jerking off as she continued.

“What about his dick,” I asked. This is very important to cuckolds. You can’t underestimate the importance of this. What the cuck wants to hear more than anything is that she has cheated on him with someone more manly than him. Someone bigger.

“Sorry! Are you kidding! It’s my dream come true. So he was very energetic.”

“Oh, he fucked me a bunch of times. I mean, we were at it all night. And in the morning he was still fucking me. I think he came in me like six times. I’ve never seen anything like it.”

“He came in you six times?”

Yes, the first time is the greatest. We’re like junkies, I guess. Every cuckoldry we organize after is merely an attempt to replicate that first incredible high. Sometimes we get close, but we never make it all the way to heaven like we did that first time.

“So what happened,” I asked Steve, the first time cuck.

“She met this guy at Starbucks, of all places,” she said.

“No, no,” he explained. “He was a customer, in line behind her. And they chatted. And then she saw him in Starbucks again, and this time they sat down and had their coffee together. And soon she found herself going to Starbucks hoping he would be there. And finally, he asked her out on a date.”

“Even though she was wearing a wedding ring?”

“No, no,” Steve explained. “She would take the wedding ring off before going to Starbucks. She’d leave it in her desk at work.”

“Oh I like that,” I said. Cuckolds like deceitful little details like that. Here we had this woman, who was ordinarily such a “good girl.” But she was deceiving herself a little, because she had these dishonest moments with herself, where she slid off her ring and pretended not to be married. But of course, Steve had given her permission to do that. But what about to this guy in Starbucks — wasn’t she misrepresenting? We cuckolds love this misrepresentation. It is what fuels the rockets inside us that shoot our cum so powerfully. It is fueled by the female’s desire.

“So then she told me she was working late and she went to dinner with him. And afterwards she made out with him. And that’s when it was too much for her. She admitted to him that she was married and they couldn’t be together and she was sorry. And the guy, of course, you know what he suggested.”

“Let’s just have one fuck.”

So that night, she got home really late, but she didn’t say anything. I thought it was weird though because she kind of hurried straight into the shower.

“No, it was fine. I could still smell him on her.”

That is almost the most important detail of this type of cuckoldry — the odor of the other man. This really, really, fuels the rocket. It’s animal, you know, the scent of the other male.

Yeah, you can wipe it off with soap, but these are pheromones we’re talking about, that are perceptible only to our animal selves.

“Yeah. Finally I asked her what really happened. And she broke down and told me the whole story. How after the date they went back to his place for this one fuck. But it turned out to be two fucks.”

“No, the first time he came on her tits, and the second time…he came…oh my God…he came in her ass!!!”

“Bingo!” I said. This lucky bastard Steve! He got the grail the first time!

“But since this was just going to be one fuck, she figured they should do it all, right?”

“Steve, you lucky bastard,” I said. “I didn’t get the grail until about a year into cuckolding.”

“Completely happy,” he agreed. “And I don’t think it’s ever going to go away. I think I am going to be happy forever now.”

“Thanks,” he said, smiling the smile of a lucky, happy man who knows that — after long last — he has finally arrived in the promised land.