Tales From a Long Island Dungeon 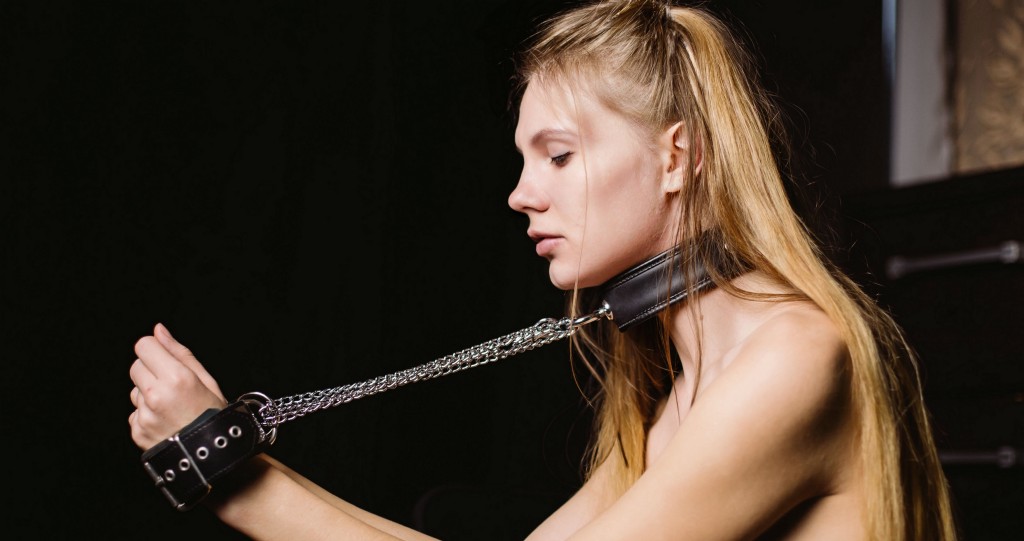 It was . . . complicated, which he clearly understood on so many more levels than I did — which, of course, was likely a good part of why I was there: someone who got it; someone who had been there.

The word Master was suddenly in my head with much more clarity and resonance than it had ever had for me before.

And I was not to call him Master — which somehow suggested that the title was his, but my use of it was to be earned.

He had asked me about black and white.

What did I want — or think I wanted, anyway?

What did I — at least for the time being — consider a hard limit?

“But then,” he’d said, pacing back and forth behind me, now and then running the tips of his fingers over the hot, red surface of my buttocks, sometimes just barely teasing the top of the cleft, “the really dicey part — of course! — is the grey. That’s where people often get into trouble.”

Punishment had preceded conversation: after instructing me to stand at the foot of the bed, slightly bent, fingers tented on the mattress, he had taken a leisurely stroll to the “tie rack” and back.

He had shown me the razor strop — perhaps eight inches of leather, about an inch across.

“You hesitated, Maura,” he’d said gently, “did you not? When you were instructed to disrobe?”

“Yes, Sir,” I’d breathed, trying not to make the words a moan.

“And how should one deal with a Bad Little Girl who doesn’t follow instructions, hmm?”

“They should be — ” I had trouble not sobbing in frantic need, “I should be — ” He simply stood and waited. “Please, Sir!” I finally managed, “I need you to make me a Good Little Girl.”

He kissed me gently on the nape of my neck, which made me jump a little, then calmly spoke a single word into my ear.

I knew the answer: “Six of the best, Sir; counted out. Please!”

Clamping my thighs together and pulsing them as he lashed me, on the fourth blow I was very close to climaxing.

He paused, then wriggled his fingers between my legs, spreading them.

“Not without permission,” he murmured softly. “You know that.”

Permission was not granted; he didn’t even add extra for that disobedience — which somewhat puzzled, and slightly disappointed, me.

When he’d finished, my body felt electric and alive in a way that no other punishment had ever affected me — perhaps because he had left me . . . unrelieved.

I felt the tip of a finger on the slick ridge of my taint, as though he were pointing; he moved it neither up nor down and then stepped back.

The grey was the dicey part.

We explored that for some time — me mostly listening, but giving him whatever information he asked for, as honestly as I could.

Then he strode briskly away from me for a few moments; I heard the sound of a cabinet opening and closing; he was back.

He stood flush up against me, his erection tenting his pants, poking at my hot, sore buttocks.

Reaching around in front of me with both arms, he showed me what he was holding: a tube of lubricant in one hand; a medium-sized butt plug in the other.

“That attempt at unauthorized pleasure,” he said, speaking with his nose in my hair, his breath warm on my scalp, “must be addressed.”

I gave a quick, shuddering nod.

“First off,” he said — and then there was a fast prying, greasing, and firm insertion, that jolted a current of pleasure and pain through my body. “Second off,” he said, turning me around to face him, “you have lost the privilege of clothing during lunch.” I blinked at this as his hands on my shoulders began slowly pressing me to my knees before him. “Third off,” he said, undoing the drawstring on his pants as I looked up at him expectantly, “we will find another way to sate that hunger.”

It rather more whet my appetite — which seemed to be his intention anyway.

“When you bring out the chocolate mousse, would you be so kind as to bring me the nipple clamps, as well?”

She remained standing next to his chair, his hand under her skirt, stroking and kneading her bottom, as he sipped his wine.

“The red clips or the black, Sir?” she said presently.

“The red,” he said to me, “have serrated edges. That’s a little harsh for after lunch I think. The black for now, Genevieve; you may go.”

Off she went, on impossibly high spike heels — which were of a piece with the rest of her attire: she was dressed like a pornographic parody of a French maid.

Jason had escorted me up from the dungeon on his arm, as though we were strolling into an opera house, placed a linen napkin on the chair, before encouraging me to sit, then — as if an afterthought before he sat himself, said, “If you could pull the chair away from the table just a bit, and angle it toward me? Perfect! And I’m sure you’ll be a good girl for me and keep your ankles on the outer edge of the chair legs, won’t you?”

Bottom sore, red, and . . . stuffed, thighs still wet, flustered, humiliated, and entranced, I flushed a little, and managed to say, “Yes, Sir,” which clearly pleased him.

Why was I excited by pleasing him?

Well . . . perhaps that wasn’t the oddest part of lunch, or my situation overall.

That I was nude and positioned as I was fazed Genevieve as little as the petting and massaging of her bottom that punctuated her serving of the meal. There was a little bit of discreet background bustling about, servants of various stripes going about their business, my condition apparently entirely invisible — or just completely unremarkable — to them.

Genevieve returned with two ramekins of chocolate mousse, a little flourish of whipped cream and a single strawberry topping each. She landed one in front of me, depositing at the same time a doll-sized spoon. Next to Jason’s portion, she placed a small, black, crushed-velvet box, of the sort that might contain an engagement ring.

This particular box held a pair of black nipple clamps.

“Genevieve is going to attach the clamps,” Jason said softly, no element of question there. “I would very much like — as a dessert entertainment for both of us, if you will — to watch her bring you to climax, while we . . . finish up.”

Genevieve strolled toward me, clamps in hand, knelt and attached them to my already distended nipples, drawing a little chirp and a gasp, as each one bit into me.

She remained on her knees, her small cool hand resting casually on my leg.

And he hadn’t expressed that part as an order; he was asking; this was something he “would very much like.”

My heart skipped at the radiance of his smile.

Then I felt the soft curls of Genevieve’s hair on my inner thighs, as she lowered her head between my legs, gave the faintest tickle to the lowermost part of my slit, with her tongue; I could feel as well as hear her voice, faint but sounding both amused and happy, as she said, “What a wet little kitty, we have!”

Then, as we dipped into our desserts, she began to simply devour . . . me.