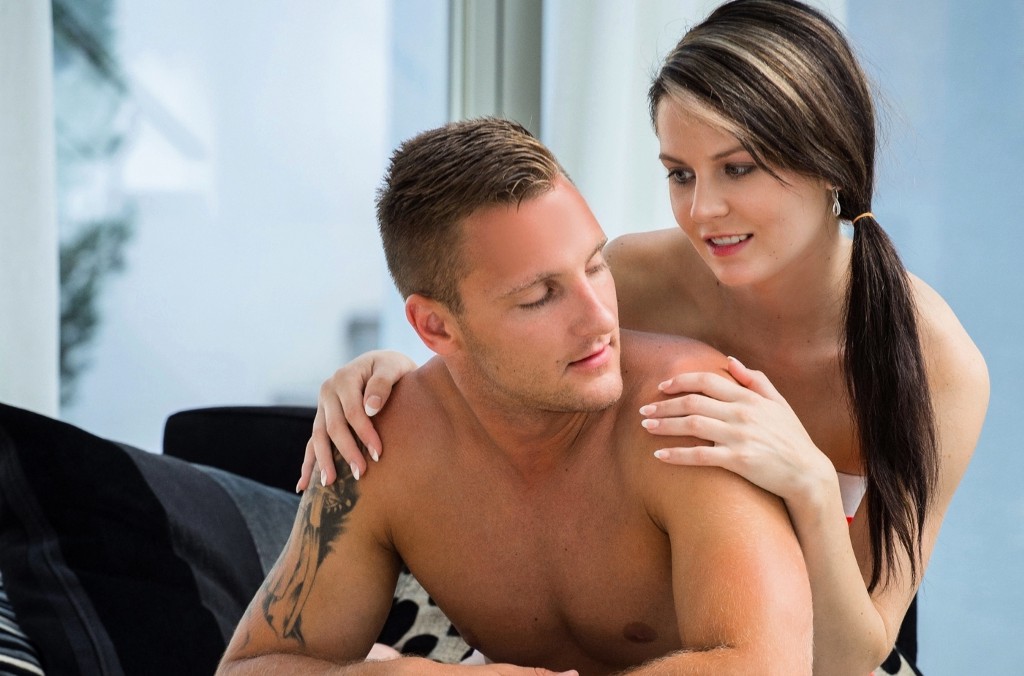 Part one: Caught in the act

The question interrupted me in mid-stroke. I was jolted out of my mental movie involving sex as my whole body went into shock. Once my eyes finally focused they found Jenny standing in the doorway to my bedroom. I’d been deeply involved in satisfying my youthful lust while I thought I was alone in the house.

Jenny’s jeans and t-shirt barely concealed her fantastic shape. Even though I’d checked our family’s “Where is…” app to confirm everyone was out somewhere, I hadn’t taken into account that it would not show someone staying with us who was not listed in the app. I was so used to checking the app before I got undressed that the shock of someone interrupting my fun was especially powerful.

Jenny caught me on my bed holding a still pulsing erection at the very edge of release, sticking up through a slit in the gusset of a pair of panties I’d taken from a neighbour’s clothesline. The modified panties were smooth around my slender hips and firm ass once my cock and balls fit through the opening I had cut. Wearing them while jerking off added an extra exciting layer of pleasantness to my private sexual explorations. However, being stoned at the time may have contributed to my not taking better precautions, and being caught, exposed. This was a complete shock to my system rendering me unable to respond.

I was panting a little as I lay there fighting to think of something to say when Jenny stepped farther into the room. How long she’d been watching, or what she must have been thinking, crowded out any other thoughts. I wanted to just ‘beam up’ to anywhere else right then. Just vanish. I was completely unprepared to deal with being discovered. The fantasy I had been indulging in evaporated as I worked to address the fright of being caught jerking off in a pair of panties.

Even if I had any kind of prepared response to being found like this, it wouldn’t have mattered, because Jenny bent forward over me asking, “May I touch it?”

Whatever made her look in on me was a mystery, but solving it could wait until after I found out what it felt like to have her fingers on my erection. I just nodded in her direction. My eyes followed the approach of her hand as she gingerly touched the exposed parts above my fist. My own hand melted away after she curled her fingers around the end before giving me a little squeeze.

The feeling of someone else’s hand around my hard cock was an entirely new sensation. It locked my brain in ‘pause’ as if nothing else in the world mattered. My fright morphed into excitement, danger, thrills, and delight as my whole body responded to her touch.

Barely able to talk between stifling renewed gasps of arousal, I shook my head. A flash of recognition about what we were doing jolted me into the present long enough to tell her it felt wonderful. She then speculated how it might be the same feeling as when her nipples hardened when she fiddled with her pussy. I had no idea a woman’s nipples were in any way involved in a woman’s sexual arousal. It was news to me. The hand on my cock slid down to hold the loose skin along the shaft. The shudder which passed through me must have been strong enough for her to feel because Jenny actually giggled.

Hearing her ask how I did it made me realize she might have watched while I was bringing myself up to the point where my cock gets the hardest, just before the rest of my body joins in on the rush to climax. I love the way my cock responds when my body is finally ready to come. I am usually panting with excitement while furiously stroking my length when the transition begins. The final plunge into my release is one of my most treasured private moments.

Jenny was hovering over me with her breasts wobbling as she began pumping my cock. Whatever fantasy I might have been conjuring when I started out turned into having someone bringing my cock back up to full throbbing length. There was no point in denying how wonderful it felt. There was no stopping what she had already started. I felt myself returning to the peak of excitement as her slender fist moved steadily up and down my length.
A sense of fright still lingered below the surface but my immediate desire was to come. I wasn’t entirely sure what Jenny might think if I just blasted my release all over us. Before I could assemble coherent words to warn her how close I was, she granted me permission to orgasm by asking, “Do you want me to finish you off?

My reply burst from my chest with a very loud “YES!” immediately followed by plea of, “…faster.”

If you’ve ever felt a moment stretching out, as if time had stopped, then you’d understand just how long those final moments seemed to last. Jenny’s hand sped up enough to drive me over the edge, producing a sudden spurt of come a foot in the air above her stroking hand. After seeing the grin on her face I shot more jets of creamy release unlike anything I’d ever produced on my own.

The “wow” I heard through the fog of my orgasm might have been about how much of a mess we were making, or from discovering a cock can eject its contents in such a fashion. Either way, I was still riding the waves of satisfaction which followed. Nothing about this encounter was the least bit normal. If she had not interrupted me, Jenny might only have watched me finish myself off with come dribbling down my pulsing shaft. But now my thigh, her hand, and the head of my cock were all dripping with evidence.

She stayed bent over me until I was able to actually form some words. I wanted to tell her there was a frayed towel near my knee she could wipe herself off with. I wanted to sculpt some fantastic excuse for discovering me this way. I wanted to talk about not telling anyone about what we’d done. Instead I just blurted out a heart-felt, “Thank you.”