Don’t tell my date, I fucked my ex 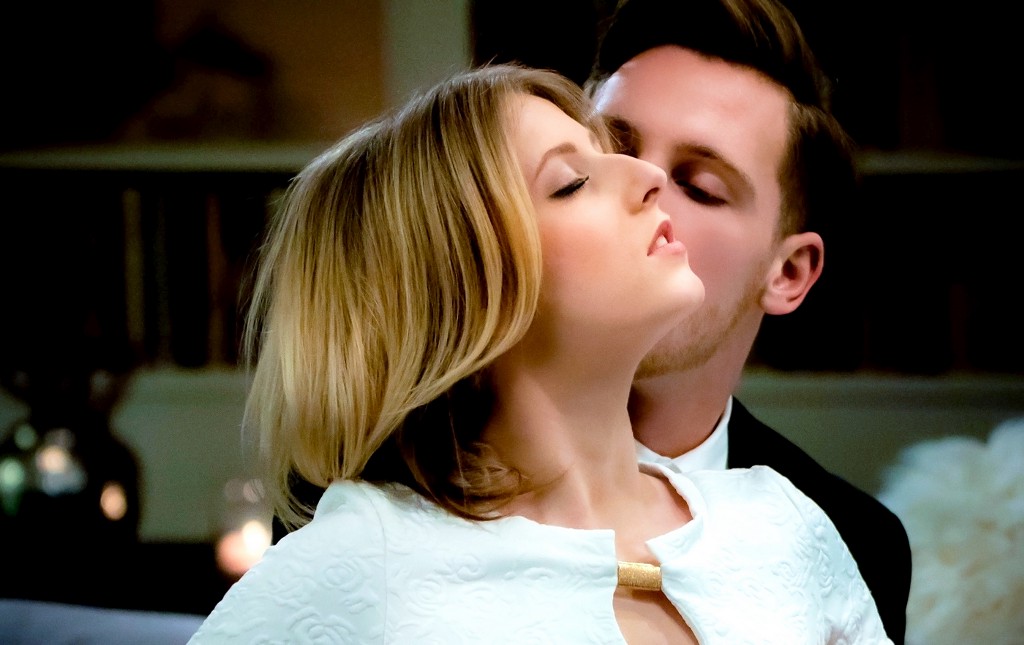 They say you’re never officially single until you’ve seen your ex out with someone else. And of course, she just had to be seated in front of me with a tall gentleman, handsome enough to charm the waiter by himself. There was no hiding. She noticed me the moment she walked in, I could tell from the way she posed as she laughed.

I wondered what it would take to get her over here, would I have to remake me as someone different? Either way, it was too late to give myself to the idea — my date had arrived. Her name was short, sweet, but not obvious. I spent the night helping her slowly undress. “I can’t wait to get you alone,” she said, leaning in, amiably brushing my arm. I’d be lying if I said the thought of her on top of me didn’t turn me on.

But as hot as she was, there was something else that pumped my dick full and heavy.

My date couldn’t see, but behind her, my ex had been touching herself the entire night. Looking nonchalantly at her date, her dress gathered between her legs — hiding a hand that was busy at work. I tried to cover my growing erection with my napkin, but company had already discovered it herself. Leaning up against the table, she pressed her breasts together and caressed along my inner thigh. I closed my eyes.

Maybe this was just some twisted, fucked up learning experience. But when I left to settle the bill, I snuck to the bathroom. I was tired, and maybe a little drunk. I needed a release, and if I was quick, my date would barely notice I was gone.

In the dingy corridor, someone followed in after me.

“What took you so long?”, a voice lured over the live jazz music — that in itself swelled uptempo. They were female. I stood dead in my tracks and stared ahead. The pink neon sign spotlighted an hourglass figure in the mirror at the end of the hall. Manicured nails twirled down my back to my forearm, and took my hand up their dress. As I felt the fabric drop over my wrist, I tried to remember whether my date had worn silk, or if even a dress. Although remembering wasn’t that hard, really: someone exited one of the restrooms and light poured out to the reflections in the mirror.

“Fuck!” — how did this happen. I realised who I’d been holding.

With a rush, I parted her legs with mine to help her feel herself gyrating against my thigh. My tongue wrapped around hers and caressed her bottom lip to remind her of true attraction. Beneath it all, I knew what she was. Her kiss tasted sweet — like, a cocktail of lies she had her date believe. She was never leaving with him.

Looking around, we were finally alone. “Mmm,” her face belied this bold sexuality and she rushed towards the beacon of light — closing the door behind us with her kitten heels. I looked her up and down and she grabbed my shaft tightly to show off. With a steady gaze she knelt down in front of me, and made sure she had my full attention before unbuckling my belt. As soon as she pulled down my briefs my erection pointed towards her mouth, all by itself. My pelvis tensed and I was hot. I tried to compose myself and stood tall and still against the door, though my nerves were hard to hide; I checked to see if the door was locked.

“I always liked this shade of red on you,” she breathed ever so affectionately at the head of my dick. It was possible I winked and said something sentimental and sweet, but in all honestly: I just wanted her to suck it. Unbothered by my wide expression she stood and walked straight to the basin. The colour of her dress illuminated the iridescent tiles behind her.

I gazed after her.

With her back to me, she bit her lip to deceive her own reflection. “Lift your skirt,” I said, striding heavy with the ball of my heel, my footsteps timed so she knew when to bend over for me — this was something I knew she always liked. With one hand I slid her panties down and parted the pussy. In the mirror, I watched as she looked at me like a stranger. Clearly it had been a while since she had slept with someone like me, and I was happy to see her eyes darken as her walls stretch. As my dick squeezed in, I let the physical part of love overcome me and fucked her, deep… I knew she could take it.

I wanted her on her back. I wanted her on top. I wanted her anyway I could get her — especially before my date started looking for me. When I was finally around halfway in, she reached her arm out behind her and closed a hand around my dick. You see, she’s a bitch, but not for free. She didn’t really care if I got to fuck her, she just wanted revenge.

“I deserved that,” I said, immediately still, and unlocked my grip from the small of her back.

“Right,” she said fogging the mirror.

The facade we’d shown each of our dates melted away. I felt her leg move fast, kicking her panties off and geared into a different pose. All we wanted was to fuck each other but her ego didn’t want to give me pussy. “That’s why you never bring your girlfriends to our spot,” she finished and bent differently — a blatant order to ride her ass. My dick filled with dirty thoughts beguiled by her motives. Being choosy was different from being a prude. This would be the first time for us. It was a lot to take in a little too fast, a part of me didn’t want to start this way. But enough of that, it feels like boasting. I knew better.

The head of my dick slid slowly. Pleasure radiated through her entire body and she held her breath, falling like her body didn’t have room for air and my dick, at the same time. She was so tight. Soon enough we caught rhythm, and each thrust became more fierce than the last. My cock brushed roughly against the wall of her asshole. Her moans grew and echoed off the tiles, there was not a corner of the restroom that you wouldn’t be able to hear her call my name. I shot her a glare in the mirror and she knew to quickly cover her mouth, but even then I could still hear her begging; it was so fucking sexy. I want her to know I wanted it just as much and slapped her ass loudly. The sound of an open hand hitting skin smacked over the sound of my belt falling to the floor… but not the knock at the door.

“Occupied!” she hissed with so little care for whoever waited on the other side. We remained within this world, one that was her own.

She stirred my dick in and around as she bent down further and further, squeezing me in tight. Perked so high on an angle that she could’ve showed me her pussy as well.

But honestly, fuck whatever she wanted.

She thought I didn’t notice her playing with herself the entire time. Dripping enough so that one finger could make her juices drop down into my hand. My dick twitched at the thought of pulling out, and fucking there instead.

“Ohhhhhh…” her beauty marbled… I had let her go on for too long.

I tensed up and took full control.

My dick reached deep enough for my mound to press skin to skin. Her moans timed to the music and her legs began to quivered. I knew she had come, but fucked ambitiously like we had just gotten started. Her back retracted forward to push me out. As much as I wanted to continue, I slowly pulled out, lifting her back to ripple in reverse.

Colour flushed from her skin. I remain close enough for me to breathe in her scent.

Not that she was that easy: I was about to ask for more. We stood face to face while her hands alight on my chest: ready to stop me from leaning in closer — she didn’t want me ruining her make up anymore.