After the Show, Before the Party 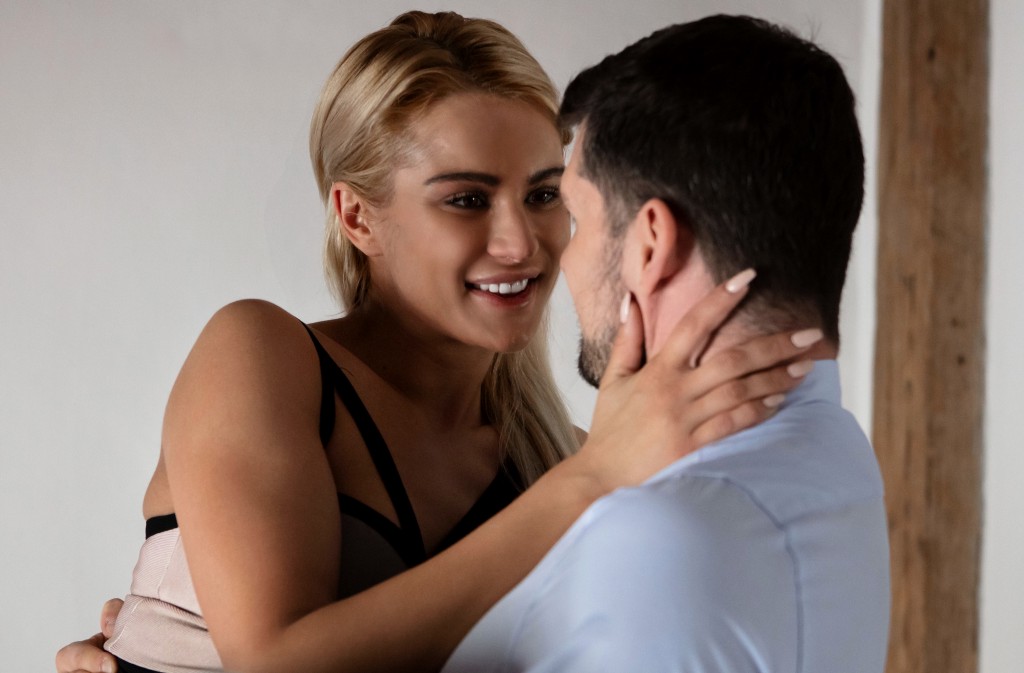 The show was over and Jack went to check on Rachel’s post-show wrap-up.

She was sitting at her desk, counting out the last of the money. Her delicate but surprisingly strong fingers danced on the calculator next to her, her eyes focused on the paper in front of her. Jack always found it amusing that she unconsciously muttered to herself softly while calculating the cashout. Sometimes he would stand close enough to her to hear her soft voice whisper out the numbers she was running in her head.

Tap, tap, tap, and she smiled to herself and looked up at him.

“Excellent,” he smiled back at her.

She bundled up the take and went to put it in the safe. Jack looked out the window at the audience that was leaving. It was a good show with a good crowd, but he was glad to see them go.

He heard Rachel close and lock the safe, but then she turned off the lights in the office. Dim ambient lighting came in from the outer office, now deserted, and through the outside windows where the bright lights were still lit.

“What’s this all about?” Jack asked.

“This is a post-show ritual I do sometimes. I don’t think I’ve ever told you about it, but now you get to see.”

“Really.” Jack’s smirk was visible in the dim light, and Rachel’s eyes were smoky with some sort of desire he rarely saw in her.

Rachel was the manager, so she dressed a little better than her staff on show nights. Tonight she was wearing a loose black blouse that had subtle brown streaks through it and a long cotton skirt that reached her ankles. Peeking out from under the skirt were black strappy sandals with low heels. Her toe ring caught the light and sparkled.

Rachel started to lift her skirt. “What about the windows?” Jack asked.

“Reflection,” she said. “Bright lights outside, can’t see in unless you press your face against the glass. I’ve checked.”

Of course she had.

She had the front hem of her skirt in both hands, lifted to reveal the black lace thong she was wearing tonight. She had moved to the corner of her desk and while she looked at Jack was gently rubbing her ass against its corner while they talked. Back and forth, then up and down. She liked the feeling of the sturdy corner of the desk trying to climb into the crack of her ass.

She turned to face the desk and leaned in on the corner. Jack couldn’t believe his eyes. The back of her skirt was still all the way to the floor, revealing only the backs of her ankles and feet, but he could see her positioning her feet to get the most contact she could on her pussy. She returned to the back and forth motion only for a second, and then moved on to a distinct up and down, back and forth rhythm. The muscles in her calves drove her pussy into the hard corner of her desk, her feet worked to keep her balance.

The outside lights flickered with the passing of the people leaving, but the room was dark and silent, except for the soft sound of fabric pressed hard against wood, and Rachel’s breathing getting deeper and heavier.

“I normally don’t do this part, but this is for you,” Rachel whispered heavily. With one hand, she held the fabric she had already gathered up from her skirt. With the other, she hiked up the back of her skirt and bunched it all together tight around her waist.

Jack loved the view of her like this. Her legs were now totally exposed, spread and bent as she rocked up and down. The round firmness of her ass framed by the thong’s T accentuated the curve of her hips and the sensual darkness of her ass. As she moved, he could see the actual patch of fabric covering her pussy lips that made it a thong instead of just floss. The room started to smell of her arousal. God! He loved that smell.

Rachel’s breathing started to get heavier and more rhythmic. “Get over here!” she grunted to him.

Jack moved close and took her ass in his hands. He caressed the curve of her cheeks, paying special attention to that place where the roundness of her bottom became the firmness of her legs. Then he grabbed her hard, using his thumbs to spread her ass apart, and leaned in so that she could feel his hard cock, still in his pants, pressing against her.

He felt a little shock go through her, one of the little orgasms she often got on the way to the big one. He rubbed himself against her, matching her motions to give her more pressure, or counter to her movement to make her start to feel like he was inside her.

Jack moved around to the other side. Rachel continued to rock against the desk, getting herself closer and closer. He undid his pants and let them fall to the floor. His back was to the windows, but he didn’t care any longer. Most of the people were gone by then, and damn if he was going to let some sneaky voyeur stop him now.

Her eyes got big as she saw his very hard cock now right in front of her. He leaned in towards her and guided the tip of his cock to her lips. She took him in with a small smile on her lips at first but then locked those lips around the head ridge of his cock. She liked that feeling, just the head in her mouth at first. She could hold him in place with her lips while her tongue swirled all over the hardness that was now hers to play with. She knew the sensitive spot on the underside and played with it with her tongue.

Her hands still had to hold her up, so she relied on him to guide his cock to where he wanted it. Usually, she was in control of this and found not being in control disconcerting, and exciting. She felt him start to rock back and forth, feeding her more of his cock, then taking it away, then feeding, then taking away. “Damn!” she thought to herself. She wanted it all, wanted it deep in her mouth, but he was not letting her have that, not yet.

The heat of his cock in her mouth had spread through her body to join with the heat from her pussy. She was engulfed in the feeling and could sense that she was near her orgasm.

She let out a small moan as her bare pussy pressed directly against the unyielding hardness of the desk.

Again he grabbed her ass and spread her apart. It was just about the perfect height. He tensed the muscles of his cock and leaned in to press himself into the folds of her pussy lips. Yes, there it was! A little pause to tease, and then all the way in.

She had spent all this time working on her clit and she hadn’t thought of his cock in her pussy. So filled, so suddenly, his strong hands holding her in place, his hips against her ass, his hot cock deep in her pussy. Another small shudder from her, her eyes closed momentarily, and another deep breath.

His hands kept her in the rocking motion, pressing her clit against the desk, while his hips started his back and forth. Like his cock in her mouth before, she had no control this time. She had to rely on what he decided to do and how. Slowly out, slowly in, she knew he was taking the time to savor the feeling of her heat and wetness wrapped around his cock. He knew she loved the feeling of the tease, the filling sensation and the emptiness that followed.

The slow rock began to speed up. Her hands gripped tight on the edge of the desk, and he bent his knees to get a different angle, deeper, harder. She could feel his cock rubbing hard against her G-spot and that started to send her over the edge.

“Yes! That’s it!” she could barely whisper.

A little faster, a little harder, and then the moment came when her motion on her clit and his cock inside her unlocked the door. She felt the rush of orgasm start at her pussy and explode in slow motion out over her whole body. The fire in her clit set off the contraction of the muscles in her pussy. She loved this part.

“Yes, I’m going to have to put that back on just like that. Definitely,” she said to him.

She leaned in to kiss him. They held each other as the sensations of the afterglow continued to pass through their bodies.

“Shall we go to the afterparty?” she asked.

“Of course. We’re expected.” But he couldn’t wipe the sly grin off his face.