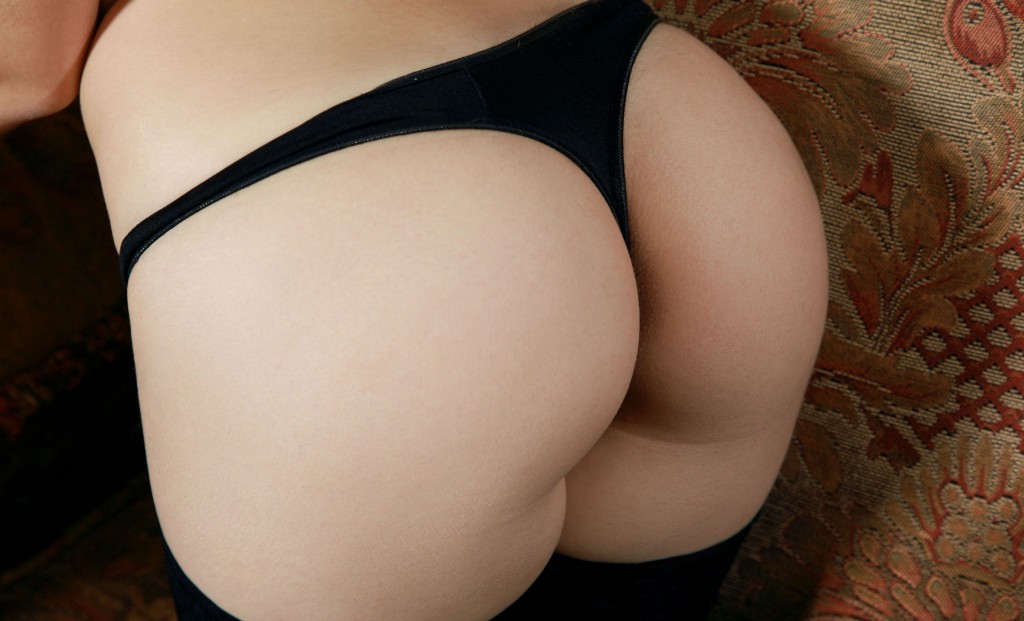 “Tonight, you can do that thing you like.” Her voice snapped me out of my morning news consumption.

I looked up and raised my eyebrow, my cock already tenting my pajama bottoms. “What thing would that be?”

“Fuck my ass.” She said it almost deadpan, but her eyes were sparkling. “You’ve been a good boy lately, and I’ve missed that meaty cock in my tight hole.”

This was a level of dirty talk that had heretofore been unheard of in our romantic life. I slapped myself lightly to make sure I was still awake. “What’s gotten into you?”

She giggled. “I’ve been reading some really good erotica. I decided it was time to spice things up a little. Is it working?”

I stood up and showed her just what effect it was having on me.

“Mmmmm. I look forward to having that inside me later.” She stood and walked towards the refrigerator.

“Later? Why not now?” It was Saturday. We didn’t have any plans.

“Anticipation is going to make it so much better for us both.” She leaned down into the now open fridge. Her cheeky black panties left a lot on display and her teeshirt rode up just enough so I could see the top of the black lacy waistband.

“I could walk over there and fuck you right now.” I moved towards her.

She stood up and closed the door, carton of orange juice in her hand. “You could. But it would have to be in my pussy. And then we’d be done. Don’t you want to blow your load in my hot, tight asshole?” She licked her lips.

I almost blew it right there. “Yes, ma’am.” Whatever this erotica was that she was reading, I approved.

She walked over to me and grabbed me through my stretched out pants. “I can’t wait to feel you inside me.”

I kissed her as she stroked up and down. Our lips parted, I groaned. “Fuck, baby. That feels so good.”

She stopped and turned to pour the juice. “I know.”

I could see her pussy lips pouting through the thin material of her panties. I could smell her. I knew she would let me fuck her right there on the table, but she was right.

The rest of that day passed in somewhat of a blur. I managed to run errands and complete most of my list. She had our house looking immaculate. We both worked on some artistic pursuits. I painted and she wrote. Throughout the day, we continued flirting and touching. By dinner time we were both on the edge of giving up and just ripping each other’s clothes off.

As I was about to take the last bite, she got up. She wore her favorite little black dress, the one which hugged her curves tighter than even I could. After I pushed back from the table, she lifted one high heel clad foot over my lap and settled in.

My erection pressed against her heat. I knew she had been wearing those lacy panties most of the day. Had she taken them off? I rested my hands on her hips and slowly bunched the dress up around them.

She squirmed in my lap and kissed me long and slow, her tongue dancing and her lips pressing softly against mine. She cradled my head in her hands and gasped once my hands were resting on her bare ass. She had on thigh highs and nothing else from ankles to hips.

I kneaded her ass and helped her grind against my cock. I could feel her moisture soaking my pants. “Can I fuck your ass now?” I asked between moans.

She nodded her head. “I’ll go get ready. You blow out the candles and lock up.”

She got up and took her dress off, throwing it across the room. Then she walked towards the bedroom door, swinging that ass like a metronome.

I made sure the only thing that was on fire in the house was my libido before locking the front and back doors and high-tailing it to our room.

By the time I got there, she was on all fours on the bed, wagging her ass at me. The plump lips between her thighs peaked out from a few dark curls. A tube of our favorite lubricant lay near one stocking clad calf. She looked over one shoulder, her black hair shielding one half of her face.

I pulled my shirt off, sending a few of my buttons sailing. “Yes, ma’am.” By the time I got to the base of our bed, I had a trail of clothes behind me. I stood there, rampant dick in hand, and took in the view. Candles lit our room. Red sheets, crisply folded back, would be as soft as her skin. Fuck me heels were pointed in my direction.

I climbed onto the bed and grabbed her hips. “I have to taste you first.” I kissed those perfect pussy lips and licked up and down the waiting slit.

She moaned as I found her clit with my tongue. “Yes.” Her nails scraped at our sheets. “Fuck me with your tongue.”

I pushed into her, tasting her sweet musk. My nose teased the area where soon my cock would be thrusting. I could feel my pre-cum leaking onto the spot between my legs. I soon had her grinding against my face. My hands found her nipples and pulled and tweaked them.

Her first orgasm came quickly. She must have already been on edge.

I kissed up the crack of her ass, lingering on that hot ring. As I teased it, I fucked her cunt with my fingers.

She clamped around them, screaming. “Take my ass. Fuck it now.”

I continued kissing up to the small of her back. As I did, one hand reached for the lube. I rose up and squeezed some onto the fingers that had already been inside her. Pressing one of them against her rear entrance, I teased her open slowly.

Her face pressed against the bed, she made animalistic grunting noises and pushed back against me. “God, yes.”

While I slowly pushed into her, I upended the tube above my cock and squeezed. The cool lube had a slightly dampening effect on it, but it was soon brought back to life with my free hand once I’d dropped the tube. Stroking myself and fucking her was almost as good as what was to come. Squishing sounds filled the air. My groans and hers competed in volume.

I added a second finger and really stretched her. “Are you ready?”

“Guh. God, yuh. Yes.” She fucked my finger in earnest.

I pressed the head of my cock to my fingers. I pulled them out with a slurp and pushed in. Just the tip held her open and I used both hands to spread those beautiful globes for me. Working together, as slowly as we could move, I pushed into her.

The heat was incredible and she was so damn tight. She screamed loud enough that I was sure the neighbors would hear.

“Are you okay?” I wasn’t sure if I was hurting her or not.

“Fuck yes.” She pushed back into me.

I was soon enveloped by the same incredible feeling. It was like satin. So different than her pussy. I didn’t want to spill quickly, but once I’d gone all the way in, my hips against her ass, I knew I wouldn’t last long.

I drew out and pushed in, still slowly, but with more force. “You like this, don’t you, my little slut?”

“Yes, I’m your whore. Fuck your little whore’s ass.” Her voice had this sexy growling quality.

I sped up my thrusts and soon my balls were slapping against her wet lips. Her fingers would tease them before returning to her own needs.

I grunted and growled. “Dirty little whore. Come again for me.” I could feel her second — or was it her third — orgasm and that was enough to send me over the edge. My load shot out, thick and hot. We both shouted wordlessly as I filled her up.

I eased her slowly onto her side and then her back, kissing up her legs to her mound and then her breasts. I sucked on each nipple as she moaned and called out my name.

Finally, our mouths joined and our tongues slowly explored. I lay on her and pressed my thigh against her hot, wet skin. She ground against me slowly.

I smiled back at her. I’d never thought of being on the receiving end, but as much as she enjoyed it, who was I to say no? “Deal.”