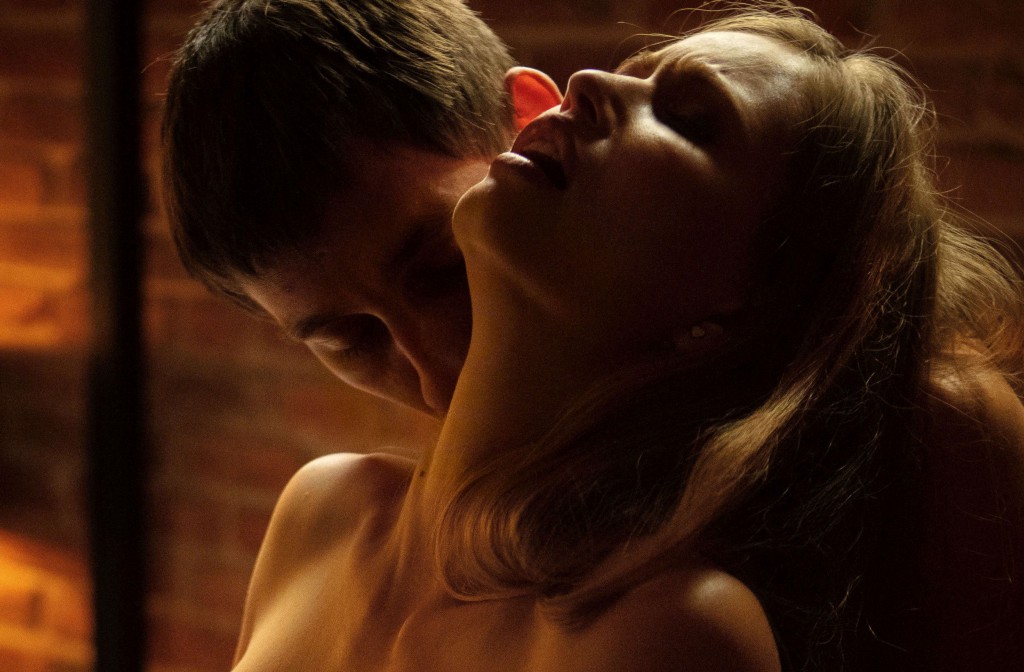 Cooper seduced Sami a decade ago. Will it be better ten years later?

“Sami, the girl with the boy’s name,” was a tired line in elementary, but it followed me to high school. And too many repeated it to me ten fucking years later at our reunion. I knew coming was a mistake, but curiosity caught me. Hadn’t I spent a decade trying to escape this place?

I looked at my phone beside the two dollar drinks served by the owner of the hardware store. Was 8:30 too early to leave? Did I care?

I tossed back the cheap booze before gathering my things — purse, phone, dignity. A voice caught me, “You aren’t leaving already?” I closed my eyes and a thousand memories flooded me. One for every day I saw him in the hall, by far the most handsome boy in school. And two for all the nights I fantasized about him kissing me, touching me.

I was a successful woman now, not the shy teenager from high school. I spent days making persuasive arguments in court. Damn it, I could face Cooper Lowey. With straight shoulders, I turned and his blue eyes seared into my gut, making me teeter on my heels. “Uh yeah. Another person calling me a girl with a boy’s name might push me over the edge. I could defend myself with an insanity plea but I’d — ”

“I wish it surprised me.”

He smiled and I saw the boy who had seduced me two days after my eighteenth birthday and the night before he left town. He told me before he asked if he could kiss me, but I still cried for two weeks. And damn if my heart didn’t leap at the sight of that charming smile. “If I ask, will you stay for one more drink.”

“Too expensive for you?” He moved closer.

“I have a few years left on my student loans. A rye and coke please.” I fluttered my lashes.

“Stay.” I watched him dodge and divert three people on his way to the bar and two on his return path. I almost told him to go mingle, but he seemed to want my attention and it flattered me.

“So you did it, you became a lawyer?”

“I did. And I recognise an Armani suit, so I guess you’re doing all right.” I tugged his suit jacket and when I pulled away, he caught my hand, kissing the back. That was a hell of a move.

“Well, my Tom Ford suit was too fancy for Carburg.”

“The Armani was a good choice.” For the next hour we caught up; many people came over to him but he brushed them off saying he’d find them after he finished chatting with me. But after sixty minutes it didn’t seem we’d quit.

He kissed the back of my hand again as he moved closer to whisper in my ear. “Look at them reliving their glory days. It would be pathetic if I didn’t want to relive the best night of my life.”

I grabbed my cup to wet my parched mouth. “Which night?” I asked, feigning ignorance.

“Our night.” And he licked my earlobe. “You ready?”

“What if I had a steady beau?” I teased.

“I’d say he lost you by not keeping you beside him.” Cooper leaned back in his chair looking like the cocky jock of the old days.

“He may have,” I agreed. I was seeing someone, but it was not serious enough to bring as a plus one to the reunion.

“His loss,” he whispered, squeezing my hand before pulling me to my feet and out the door.

Three former classmates called his name as we passed, but he ignored them, making everyone else gape as we spilled into the night. Cooper pulled me into the shadows of the bowling alley next to the hall where they held the reunion.

“I swear Sami, I dreamt of your taste every night for ten years.” His mouth covered mine, his body pressing me to the wall. It was better than my memory because it was the kiss of a man, with all his experience. And I was no longer a naïve, scared girl; but he was right, nothing compared to our night together, under the stars.

He pulled back and the night air kissed and caressed me instead. Without a word, we went to his car and drove through town to our spot.

“Did you think of me?” he asked as he laid a blanket from his trunk on the ground.

“How did you know I’d be here?” I evaded the question.

“I called Amanda and asked.”

“I am a gambler.” He came closer, wrapping an arm around my waist. “Evaded questions will be punished.”

“You tied my arms the first time. Have you added masochism?”

“I wanted it then too, but I didn’t want to scare you. Or myself,” he admitted. “Interested?”

I smiled at the glint in his eye, before I forced my mouth to a pout. “Spank me, Daddy. I’ve been a bad girl.” I brushed my hair back. “I thought about you a lot. When you left, I cried with a broken heart. I tried bondage in college but no one knew how, it was never the same.”

“I wish I could give you more tonight,” he murmured into my hair. “Soon, in my bed, I will tie you up, turn your ass red and make you beg.”

“I let you go once, Sami.” He didn’t finish the statement; he dropped his mouth to mine, eating further conversation right from my tongue. We didn’t need more words, the time and space of ten years between our first night and tonight was meaningless. His hands were magic, making my dress disappear then gliding over my skin leaving a trail of goosebumps and heat.

A practiced flick of my bra reminded me he had experience. Not that he fumbled the first night. I always loved his confidence. The cool air wound me tight and Cooper’s mouth on my nipples pulled the thread of arousal until I was taut, so ready.

He stopped just short of me breaking and walked to the open trunk. “Forgot the wine.” He returned with a bottle and pulled me to the blanket. We took turns drinking from the bottle, in between him pressing the chilled glass to my skin — nipples, belly, thighs, between my legs.

When I pushed at his hands, he stilled and I recognized my miscalculation. The wine set aside, his fingers encircled my wrists; using my bra he restrained my arms.

“Coop?” My voice wavered for his reassurance.

“Are you okay?” He kissed my hair.

“If you want to stop, tell me, otherwise I assume you are with me. Agreed?”

“I want you.” I lifted my bound hands, wishing I could touch him.

“For more than tonight.” Cooper cut off the comment with a kiss so hot, his tongue turned to a brand leaving his mark down my body. He helped me lay back, stretching me on the blanket like a sacrifice to the dragon.

His fire burnt away my underwear and doubts and worries. “Keep your arms up like a good girl. I can’t tie you to anything.” His words echoed our long ago moment here, though I forgot his exact phrasing. “I forgot how damn beautiful you are.”

“I’m already naked, you don’t need to flatter me.”

“That was to remind myself. If I wanted to flatter you I’d say you were a fallen angel come in the dark to save me from a bleak existence.”

“If you were flattering me, I’d be glad it was dark so you couldn’t see my blush and I’d call you sweet.” I took a deep breath. “Might say I love you.”

“Best save that until you know I’m good.”

I stretched my hands and parted my thighs, daring him to show me what I knew.

He refocused his heat between my thighs, a kiss, a lick, then his tongue fucking me, lapping the spot that pushed my upper body into the stratosphere. My arms and hips remained still under orders to behave. The thread tightened again, about to snap, but he slowed until the arousal sagged between us.

“Mm, yes, sweetheart.” He somehow spoke without his tongue ceasing his torment.

“Please, I need, I’m ready to come.” The teasing was a new trick that I loved and hated simultaneously.

“I gave it so easy last time. Tonight, I want you so hot, so ready; I want to give you the best orgasm of your life. Leaving no doubt you belong to me.” He licked my slit, slow and hot.

He laughed with heat and love. “No promises, I’m staking my claim.”

He hovered above me, eyes searching my face. “Tonight you are mine. And every night.”

His mouth pressed to my pussy and I arched my back, looking at the infinite stars. The same ones, like Cooper and I, the same people but different, different places, different experiences. Like the stars I’d seen so often, they were made for the sky and I was made for Cooper.

He licked the sensitive spot on my clit until the thread holding me together shredded, flinging pieces of me to the stars. I shouted his name to the universe.

When I could breathe again, his body was over mine, pressing against me. “Protection,” I sputtered.

He took my hand and showed me he was covered. “All safe,” I murmured, edging closer.

I lifted my hips, welcoming him. “You’re mine,” I whispered.

Our bodies joined, we moved together, in a perfect moment in time. His fingers pressed into my bottom pulling me to him as with each thrust he moved deeper. I wrapped my legs around him and his fingers moved over my clit between us.

“Mine,” I shouted, “my Cooper,” pressing closer, wanting more.

“Sami, you are mine,” he grunted as I shattered again. The pieces of me fell to the blanket and I didn’t know how to fit together.

But his kiss said he knew how to put me together, better than before. Now I was his.