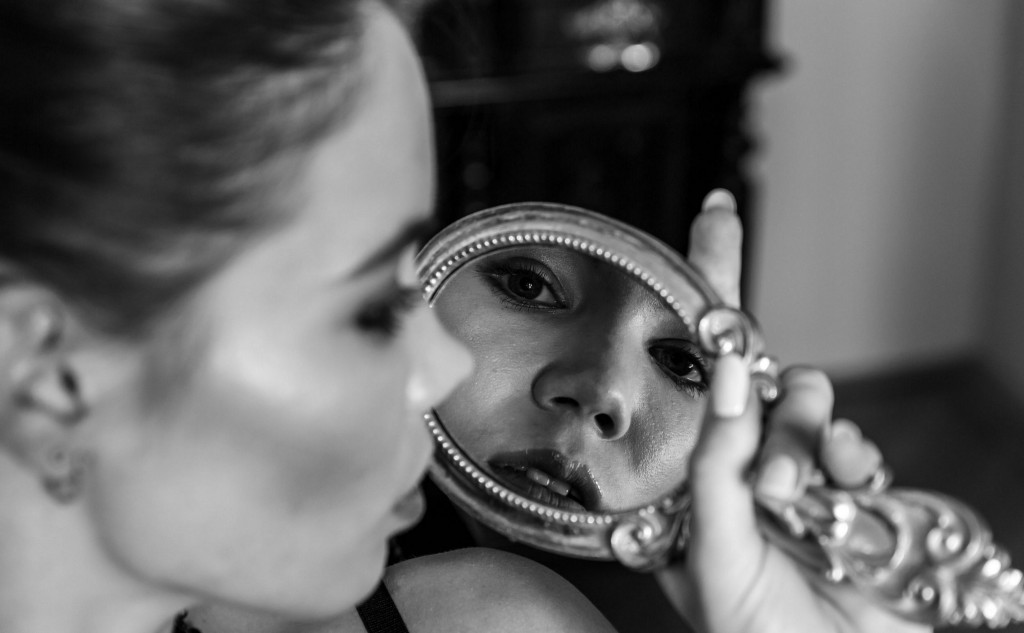 The Weather this Weekend

“What I want is for you to take the time and the space to perhaps better digest last weekend. We need rush nothing.”

I was flustered but, for all intents and purposes, invisibly so.

Jason Flood had sent me a text message, his cadences a little formal for that medium; I could hear his voice in my head; I knew where he would place verbal emphases.

I could smell him as well, an intense bouquet of scent-memories — perhaps a little on the masculine stereotype side of the menu: a base of $2,000 per bottle bourbon, illegally-imported Cuban cigars, and . . . his own bespoke cologne.

He’d accompanied that last revelation with a philosophical shrug and a small smile: the cologne was called Flood.

“Ounce for ounce,” he’d said, “more expensive than the bourbon!”

Atop that trivalent scent-base were all the other smells you would expect: the various grooming products; leather, both from articles of clothing and from footwear.

Hard to say exactly who had marked who.

My scent was on his hands, his thighs — and on that impressive piece of gristle that swung between them. I was on his face, on his razor-stubble-rough cheeks that became for me the most erotically compelling sandpaper ever to have pinked me between my legs; when I kissed and sucked on his lips, I tasted myself; as I did when I kissed and suckled elsewhere.

The previous weekend at his Long Island mansion — and in the thoroughly modern and tastefully appointed dungeon beneath — had made me understand that . . . the kind of relationship, the kind of dominance, that I had been seeking for so long — and with an all but absolute lack of success — it was possible!

My best and oldest friend Devya was anxious on my behalf; did I not realize the kind of danger to which I was exposing myself?

Could she not understand that this was the first man — in. my. entire. life! — who seemed to know, gut-level, what I really wanted, really needed? He knew where the lines were, knew how much they could be pushed, expanded, knew how to give me . . . respectful space, along with a level of discipline that —

I hadn’t told Devya . . . a variety of things that had happened that weekend.

I hadn’t told her that, at lunch, the previous Saturday, I had been fully nude, sitting on a butt plug, my face flushed in embarrassment and exhilaration, the cheeks of my ass still warm and tingling, from a correction Jason had administered just before we sat down to eat.

I hadn’t told her that, while our dessert was chocolate mousse, I had been the dessert for Genevieve — in her comically pornographic rendition of a French maid outfit — who had knelt before me and done just . . . simply wonderful things, while Jason sat watching with a benign and happy smile on his face: the kid who got pudding and a show for dessert!

I also hadn’t told Devya that Jason had . . . pierced my nipples.

It had quickly come to feel important to me that I ration — or at least work to better time — the amount of information that I gave her.

It was a lot to take in.

Which — of course! — was exactly why Jason Flood had texted me to raise the possibility, or offer the option, of our waiting another week before seeing each other again.

He’d made it okay for me to say no.

He’d given me a little space — a little privacy and distance — in which to decide.

In his aftercare instructions, he had noted wryly that I was to dab on alcohol and rotate the rings twice a day, until we next saw each other. He’d kissed me lightly on my cheek, suggesting softly, in my ear, that one of those rotations should always be done at work — the sexual harassment attorney bringing kink with her to the office! — and conceding that, while post-piercing hygiene was an important practicality, he very much liked the idea that he would know that, at least twice a day, I would literally be burning for him.

Devya was not a fan of piercing, generally — nor ink, for that matter.

“Students look like graffitied buses!” she’d mutter darkly — about that, anyway, we agreed.

“But do we not have authority over our own — ”

“Yes, yes, yes!” Devya would say, irritably, putting on her Professor of Gender Studies hat and waving her arms dismissively. “Authority over our bodies! This is not that; this is women mutilating themselves for the entertainment of men!”

If Devya wanted to argue about gender and power relations — or power exchange relationships — go at it Academic vs. Attorney: I was open to that; maybe it was even inevitable.

But — best and oldest friend or not — I wasn’t going to give her an opportunity to judge what I had chosen to do with my nipples.

Jason Flood had not permitted me to call him Master — yet — deeming that step “premature.”

“Sir,” I texted back to him, “given the fine weather predicted for the weekend, if it suits your schedule, I would very much enjoy being your guest again.”

I hesitated before hitting send.

Was that too servile?

Did it sound possibly snarky?

Had I been reading too much Jane Austen along with my legal briefs?

I shrugged, laughed at myself just a little, hit the button — and got a thrill from the fact that his answer was almost instantaneous: “Lovely! I’ll send the car then.”

And, with that, my second trip out to Long Island was put into motion.

Jason couriered me a dress, sandals, panties, and a bra.

The package contained no stockings or pantyhose; the French vanilla-colored dress was modest — by expensive and sexy beach dress standards; the undergarments were white, silk, and trimmed with subtle lace, but in no way garish or cheap looking.

He’d enclosed a note, handwritten on the kind of creamy, rough-weave, linen-infused stationary you might use for a wedding invitation.

I was welcome to add stockings or pantyhose if I so chose; both bra and panties were optional; and if the only things I wore — or brought with me for the weekend — were the dress and the sandals, I should worry not at all about clothing or toiletries, or anything else I might need or want.

All would be supplied.

What if I wore nothing but the dress? I wondered.

What if I wore nothing but the sandals?

What if I simply strolled through the lobby of my co-op, naked as the day I was born, seated myself in the waiting limo, and was just “delivered” that way?

Which made me think, of course, of the previous weekend’s Naked Lunch.

Jason and I had pretty much been in daily contact — mostly by text, a little on the phone, no email — since the last time we’d seen each other.

More often than not, these contacts occurred around the time of one of my twice-daily “nipple ring rotation assignments,” whether at home or at work.

It felt to me like, were I to pursue my own pleasure, somehow, I would be cheating.

I would later come to understand that, during that period, Jason saw me — and treated me — as a Novitiate, an applicant — or, perhaps better, a supplicant — feeling her way toward joining his Order, as he simultaneously assessed me.

I was to be given, and to follow, edicts.

But what I did, how I behaved, in the absence of instructions?

I only once made the mistake of trying to hold onto the phone as I did the required “dab and rotate.” The heat and the sting of the alcohol was overwhelmingly sensual; the phone had clattered to the marble-tiled floor in my office’s single-occupant bathroom . . . ruining the moment for me — though the phone, thankfully, survived.

From the start, his side of those specific conversations had consisted of questions; top of the list, what he had wanted to know was how wet this made me.

Could I feel the lines of force, pleasure, and pain: a “V” from nipples to navel then a straight line down to my clit; further down, then back, up, a “J,” and in — as though the barbed tip of a large, curved, fish hook was just beginning to prick at my tailbone, at the very top of the crease of my buttocks?

“That’s good Maura, that’s very good. Something of a piercing path there to consider,” as though we were talking about the choice of desserts on a date.

That Thursday night — I was taking Friday off, to give us a little more time together — he did something different.

I was standing in front of the mirror on the back of my bathroom door: my short silk dressing gown was fully open, nothing underneath; my phone on speaker, balanced on the lip of the sink — all the acoustically “echo-y” tile giving Jason a more otherworldly tone.

I had dabbed and rotated, my eyes tearing up a little at the pain — which I also savored.

“Maura,” he said softly, as if calling me carefully back from a reverie, “I would like you to do something a little different for me this evening.”

I nodded, though I knew, obviously he couldn’t see that.

My inner thighs were glossy-slick; my knees were getting a little unsteady.

“I’m very wet,” I croaked, answering a question not yet asked.

He sighed, then gave a soft hum.

“Well . . . I’d like you to take one of your middle fingers, extend it fully, and embed it in your pussy from tip to base. Can you do that for me?”

I nodded hurriedly, then half-sobbed my agreement.

I looked at my own finger for a brief moment, as if contemplating a new and curious appendage, then pushed it smoothly and fully into my pussy, the heel of my hand coming to uneasy rest over my swollen clit.

For a few moments, there was only the sound of our breathing with each other; given no further instructions I remained frozen in that position.

“Alright,” Jason said, as if with some regret, “you may remove it — slowly.”

I complied, then held my hand up, palm-side to my face, and looked at the finger again, feeling drowsy, a little nervous, somehow proud.

“Maura?” Jason almost whispered, seeming to know he was, again, calling me back from elsewhere, “it is impressively wet, is it not?”

“I’d like you to reach down again, press a little further back, and fully embed that finger in your ass. It’s very wet, you’ve said; it won’t hurt you.”

A little coaxing — or teasing — in his tone?

But he had done nothing more than tell me what he would “like” to happen.

I heard myself make a little peep as I again complied.

“Thank you, Maura!” he said, still speaking softly but in a tone that was clearly joyous. “I’ll see you around noon tomorrow, then!” he said brightly.

And the cell call beeped to an abrupt close.