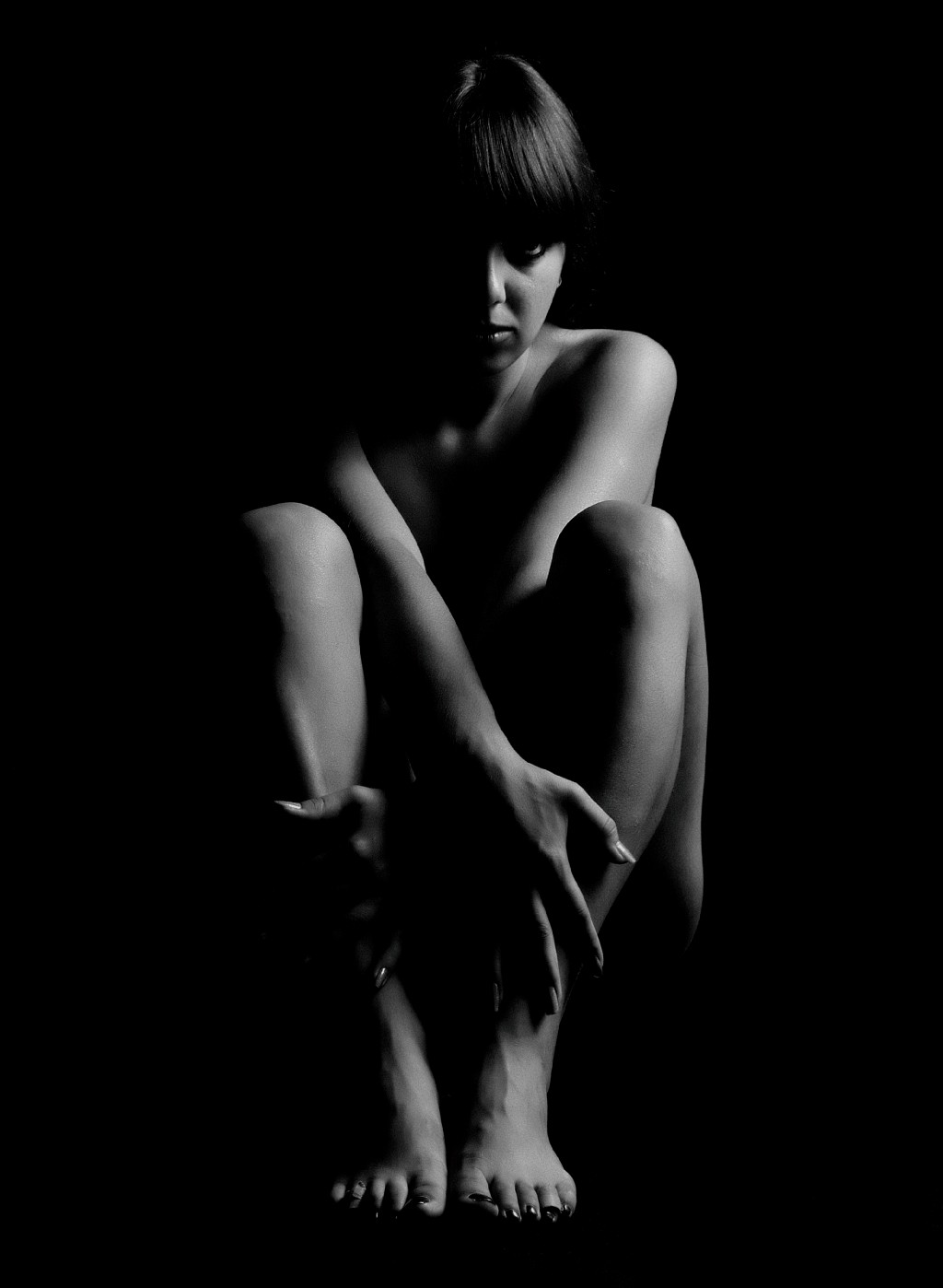 part three: inviting him inside

I like — I admire, I respect, I often envy — Connie Price.

She’s about twenty years older than I am; she’s one of the senior partners; she’s — to me, in the best sense of the word — tight.

Takes care of both business and people.

And I was deeply mortified to be coming to her with the issue I had, with the request I felt I needed to make.

Connie looked at me steadily for a moment, over the half-lens readers she had on a golden chain around her neck, then sighed, nodded, stood, and came out from behind her desk. She walked over and closed her door, gestured me to her soft leather couch, where she seated herself, removed the glasses from her nose and let them rest atop her substantial cleavage.

For a quick moment, I felt “inspected.”

Connie briefly went back to inspecting me, pursed her lips, then nodded.

“Working backwards,” she said neutrally, “this is, of course, under seal.” She made a circular gesture in the air, her hand signal for “in-house.” I nodded hurriedly. “Ten mil,” Connie said, cocking her head to the side and raising her eyebrows, as though she were sharing a slightly perplexing joke.

It felt like that was exactly what it was.

“Some re-arranging and re-allocation,” Connie said, “severance, stock options, other benefits; maybe five mil in ‘new money.’ Still and all: for a couple day’s work? Your bonus will be getting a hell of a boost this quarter!”

Connie sat back on the couch, tilting the back of her head against the cushions, examining the ceiling for a moment or two.

“You’ve always been honest with me,” she said. “Or — ” a quick smile flashed by, “you’ve been a good enough liar to give me that impression.” She leaned forward for a moment and patted me on the thigh. “Not what I think,” she said in reassurance. “I have a . . . theory that I want to run past you. And I am going to trust — ”

Connie closed her eyes briefly and nodded as well.

“Why did you want to recuse yourself here, Maura? Pretty lucrative case, whatever happened; hits dead-bang center in your area? So . . . why?”

Oddly, having asked a somewhat sharper question, Connie seemed to be less inspecting or interrogating, more interested and — perhaps even — concerned.

I felt heat rise from my chest to my neck to my cheeks, knew I was going pale to pink to red.

I cleared my throat.

I tried to better . . . explain myself to myself, so that I could try and answer Connie’s question.

And while she gave me a respectful silent pause — during which I found myself unable to produce useful words — she lifted the weight of the silence before it became too heavy.

“Here’s my theory,” she said, after a few moments, nothing remotely accusatory in her tone. “You wanted out. Flood settled — and ‘not for cheap.’ Recusal would have ‘created a little space.’ Settlement just severs your professional connections. And I — I don’t tend to do much in the way of high school cafeteria speculation or gossip, but — I have to wonder whether or not maybe . . . he ‘likes’ you. And you ‘like’ him. And, from different ends, you’ve both worked to ‘clear the decks’ to make at least a little personal ‘exploration’ professionally . . . clean.”

So that’s why — among a longer list of very good reasons — Connie’s a senior partner.

That’s why Connie’s — among a longer list of very good reasons — just a scary-good lawyer.

I’ve only seen her “use her powers for good.”

I held her gaze because I knew she valued and respected that.

I spoke instead of just nodding because I knew she valued and respected that as well.

This time her smile was sad, though fairly gentle.

“First,” she said, “thank you. In part? This — call it maybe your tendency toward honesty in difficult circumstances? — is why you’ll be a junior partner sooner than you think. But — ” another sad smile, “you pretty much know what I just have to say, right?”

“I’m feeling drawn to billionaire-investor-Jason-Flood,” I said ruefully, “who I came into direct contact with because of — what is now no longer — the Long Island Dungeon Case.”

“Painful when we have to quote The Post,” Connie said, giving back her own rueful smile. “But you understand my — sincere! — concern for your . . . health and wellbeing here, yes?”

Connie stood; it took me a moment to follow suit.

She reached out; I followed suit as a matter of reflex.

She gave me a firm handshake.

“Adults make adult decisions,” she said, crisp and sincere, not much in the way of anything disrespectful that I could find anywhere in her tone. “And you will — ” she pulled me in a little closer, before releasing my hand, “I trust that you will take care of yourself.”

I couldn’t quite make words work at that juncture.

But I nodded gravely — perhaps as much, or more, to myself as to Connie — wondering, just a little, whether or not I was really going to be able to do that.

“Aren’t you going to invite me in?”

Devya’s always had this thing about vampires, mostly books but movies, too.

Doesn’t always make her the person you want to be hanging around with in the small hours of the morning; but it does make her less “a font” of vampire trivia/information, rather more a torrent.

I can’t keep track: some obscure Swedish or Japanese movie — perhaps bolstered by what Devya somewhat impishly referred to as research?

Among the bits and pieces that she’s spattered me with over the years, a handful have stayed with me.

They are powerless, until . . . you invite them in.

Just after eleven o’clock on Friday night; I was at home, watching television; I was wearing sweat pants and an old t-shirt, nothing on under either.

Jason Flood was wearing a tuxedo — give him a red-lined black cape, put a little product in his hair?

And there he was, on my doorstep, a bottle of Champagne tucked under one arm, asking — in that deep, mellifluous, calm-but-firm, voice — if I was going to . . . invite him in.

I’ll waste no time pretending I don’t know why; I won’t lie to myself or anyone else; and it’s not that I was in any way helpless or confused — entranced maybe . . . but not confused.

The yearning I felt as soon as I opened the door was familiar, something between an old friend and an old adversary, a recurring low-grade fever I’d suffered since long before I understood the way in which I wanted both to take and to be taken, to utterly lose myself in the blaze of a man’s dominance, to romp in that fire, before being disciplined and required to surrender.

I stepped aside, made a sweeping gesture of welcome with my arm, closing my eyes and bowing my head a little as I did so.

When I opened my eyes again, Jason had not moved.

His gaze sparkled with interest and intensity.

We didn’t speak for a few long moments.

I was suddenly aware of my own scent — I hadn’t showered after work; I had worked out for a while — a musky tang of perspiration.

I was aware of the sharp musk of his body, as well, braided together with aftershave, cigars, and whisky.

“Now Maura,” he said, in the tone of warm reprimand one might use with a beloved child, “I think invitations should be explicit — verbal. Don’t you? We want no confusion here, after all.”

My heart did a little flutter and jump; my mouth went dry; I stopped breathing for a moment, afraid of what it might sound like — as much to myself as to him.

“Go on,” he all but whispered gently. “Be a good girl. You know how to ask properly. I have no doubt.”

I closed my eyes again, bowed my head a little more abjectly, made a slightly more flamboyant gesture with my arm, hoping he wouldn’t notice that I was shaking.

“Mr. Flood,” I intoned, working to keep my voice steady, “would you do me the great honor of entering — ” I swallowed, “my home?”

I could feel the subtle motion of the air, the tiniest of ripples, as he crossed the threshold; I kept my head down.

And then I made something between a gasp and a moan, as he lightly traced the back of his hand over the line where my shoulder met my neck.

“That wasn’t so difficult, now. Was it?” he asked, his voice still gentle, the most subtle notes of amusement and menace ever so lightly perfuming his words. “That was the hard part,” he said, as if in reassurance. “Everything else will be easy now. Mostly.”

I heard myself moan again.