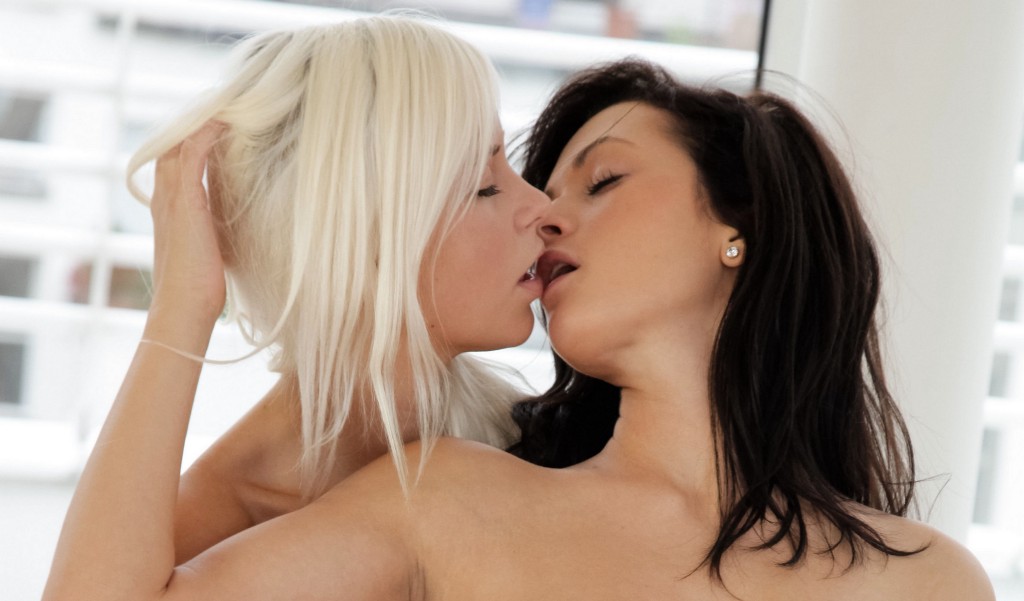 Bliss slammed the door. “Mother fucking fucksticks.” When she looked over at Harley, she was expecting more than a lifted eyebrow. But that’s all she got. “And fuck you, while I’m at it.”

“Tough day at work?” Harley closed the book on her lap.

Bliss felt like anything but her namesake. She wanted to break something or rip something in half. Instead, she threw her purse across their living room and collapsed into criss-cross applesauce. Even thinking of what her students would have called the seating position she was in give her no pleasure. She put her head in her hands and started crying.

In moments, the feel of Harley’s hands on her was soothing, though unexpected. “What’s wrong?” She stroked Bliss’s shoulders and back.

“That motherfucker has pissed me off for the last time.” As much as she loved feeling her wife’s hands on her, it wasn’t having the desired effect. “Not now. I don’t need to be petted.”

“The principal? He’s done it again hasn’t he?” Harley got up and walked away. She came back a few seconds later. “ I told you last time if that shit happened again, I’d handle it.”

“No one can handle it. The fucker is untouchable.” Bliss fisted her curls and tugged at her hair. The pain felt good. Grounding. But it wasn’t enough. “I don’t know what to do. I feel like I’m about to fly into a million pieces.” She looked up at Harley and was about to ask her for something when she saw the paddle in the slender woman’s hands. “You are a mind reader. I need that, right now.”

“I know you do. I need you to take down your pants and get on the kneeler. I’ve got you.” She tapped her hand with the paddle’s blade.

Biting her lip, Bliss stood. She took off her jacket and looked for permission before unbuttoning her blouse. When Harley nodded, blonde ponytail tickling her shoulders, Bliss undid the pearl buttons on her white shirt and soon the lacy bra underneath showed, contrasting against her olive skin. She dropped the shirt on top of her jacket and unbuttoned her pants. The gray twill pooled around her feet and she was left wearing nothing but a silvery pair of bikinis.

Cool air caressed her skin and she kicked out of her flats and stepped out of the pants. She walked over to the wooden kneeler, one they’d found at a church auction, and she assumed the position. Her knees hit the black felt and her elbows touched the matching cushion where parishioners would assume an entirely different one. A friend of theirs had modified the kneeler so when she was on it her ass would be slightly higher. She waited.

Behind her, Harley stood close, caressing her back and her ass. “The first few strokes will be over your panties. I want you to count them out.”

“Yes, Goddess.” This was their prayer time. Harley was the Goddess she came to for everything she needed. She knew her Goddess was now as nearly naked as she was. She could hear the wood cut through the air. When it hit her rump it stung a little, but over the satin of her panties and even on the bare skin it contacted, it was a one on their scale.

The paddle whistled again and there was a more solid smack.

“Two, Goddess.” Harley had hit in the exact same spot and again, there was a sting but no real pain. This was just the warm-up.

Again, and this time, Harley put a little more power behind it.

On bare skin that would have been a three at least. As if reading her mind, Harley leaned the paddle against the kneeler. The lighter wood of the instrument contrasted against the furniture almost as starkly as Harley’s alabaster skin did against Bliss’s own. The Goddess grabbed Bliss’s panties by the hips and slid them down over her rounded, ample ass. She let them fall to the crook of Bliss’s knees where they would stay.

Her hands warmed, Harley touched the smooth skin of her partner’s ass and then the parted skin of her lips. “It never fails to amaze me how wet even kneeling can get you.”

Harley grabbed the paddle by its handle. “You remember that.” She swung hard, cracking against Bliss’s ass with the force of a four, making Bliss jump and bite her bottom lip. “There are assholes in this world. I didn’t hear you count.”

“There are assholes in this world and I will always be here for you when they attack.” She swung the paddle again and it cracked loudly in the little apartment’s living room.

“Four, goddess.” Bliss’s skin was really tingling now. Her ass warmed by the wood and her cunt by the love and lust she always had for Harley. It wouldn’t take much more for her to be dripping and to really feel grounded but how many she’d get she didn’t know and didn’t care. Harley knew what she needed.

Harley put the paddle down and rubbed again at the warmed skin and knelt behind Bliss. “How are you doing?” She kissed the places her hands had touched. “Better?”

Bliss nodded, a tear sliding down her cheek, not from the pain but from the tenderness in Harley’s voice. “Better, Goddess.”

“Okay.” Harley dipped a finger into Bliss’s wetness. “Oh, you love this so much.” There was no small amount of glee in her voice.

“Yes, Goddess.” Bliss couldn’t hide the smile in her own voice.

“I am your lover, partner, friend, and Domme.”

“And one more.” This one had been a seven to the last three’s level fives.

“Nine, Goddess. Thank you, oh fuck, thank you so much.” Bliss’s ass was hot and it would sting for quite a while, but this had been a calming spanking. She’d been a good girl and now she remembered where she was and whose she was.

Harley walked around to the front of the kneeler. Her pert breasts and milky skin looking positively edible. Her eyes held the same moisture Bliss felt and she put the paddle down. When she came back up, she kissed Bliss, trapping the woman’s lips between her and her head between Harley’s hands. When they parted, Harley tapped her cheek. “You are smart and powerful.” She walked around behind Bliss.

Bliss didn’t move. She’d not been given permission yet. When she felt her partner’s lips and tongue attack her dripping labia she shuddered. “Oh, yes.”

Harley slid her tongue between the thick pouting outer lips, teasing them open even more.

Bliss clutched at the arm shelf of the kneeler and moaned. The spanking had made her ready, heightening her arousal to a fever pitch. When the pink, nimble muscle pushed deeper into her she gasped. “Oh, my Goddess.”

Harley’s fingers massaged her ass and she continued lapping and scooping at Bliss’s honey. The skin was sensitive but Harley knew just where to touch and how much pressure to apply. She changed her attention to Bliss’s labia and teased them further apart so she could suck on the inner lips and clit that by now showed its round little head.

“Fuck, yes. Oh. Oh. Ooooo, right there.” Bliss kept her hands in place and just listened as best she could to the licking and sucking noises as well as her own sounds of pleasure and Harley’s appreciative grunts.

Fingers explored Bliss’s depths and that magical tongue of Harley’s slid over and around her clit. In minutes, she could no longer remember why she’d been so angry. Oh, she would sooner or later, but then they would be working as a team.

Harley coaxed the orgasm from her body, not because it was difficult, but because she wanted the build-up to last. When Bliss finally did come, it was with a wail and a furious scratching of the shelf. Spooning across Bliss’s back, Harley crooned wordless encouragement into her ear. When the shivering thighs and quaking inner muscles finally came to a stop, Harley kissed her ear.

“Now, you gather our things and I’m going to draw a bath and we’re going to talk about next steps for the principal. He’s not going to give you any more shit. You hear me?”

“Yes, Goddess.” Bliss stood once Harley moved and groaned at the slight ache between her legs and the sting of her bottom. It was delicious. And before the night was over, she hoped there would be a repeat, perhaps with the flogger. She didn’t need comfort any more, but she felt like between now and then she could be a very bad girl.