The Risk In Women’s Nipples 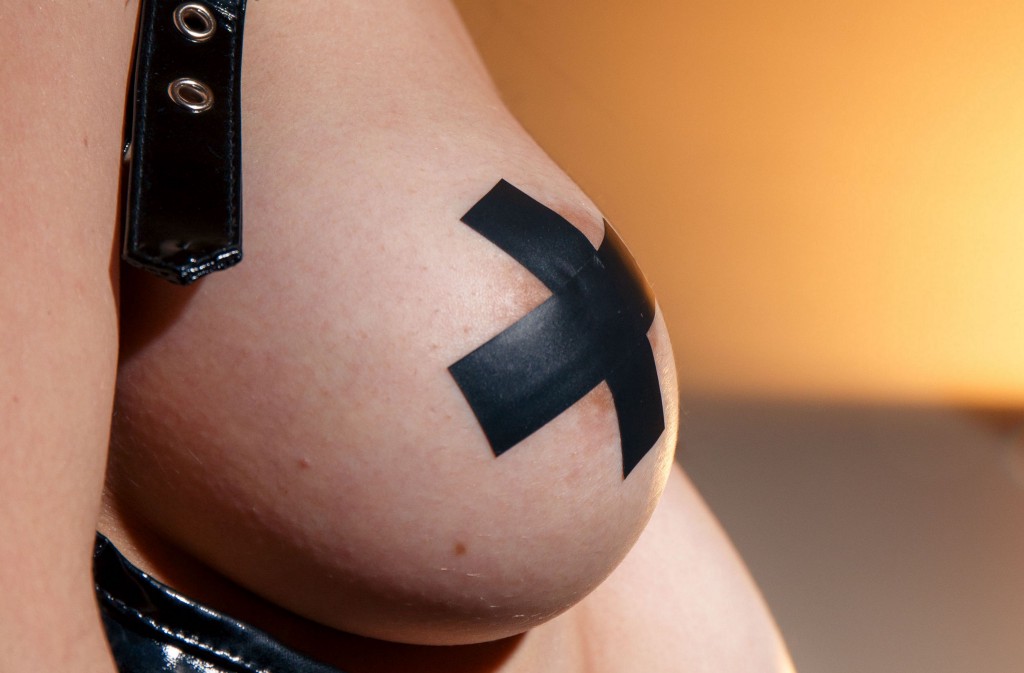 Anti-censorship activists stripped nude outside Facebook and Instagram’s New York headquarters earlier this year in July, hoping to highlight the company’s problematic censorship of female nudity. The protest, dubbed #WeTheNipple, was organized by the National Coalition Against Censorship (NCAC) and photographer/artist Spencer Tunick, and featured the nude models’ nipples and genitals covered (per NCAC) “with stickers of photographed male nipples, to highlight the rigid — and anachronistic — gender inequality in existing nudity policies.”

Facebook and Instagram are developing quite the reputation for censorship, so for those of you following along at home, it should come as no surprise that the social media sites didn’t react the way protestors had hoped. The internet megalith responded to the protest by removing all photos of it from their platforms. Reportedly, users were told that the #wethenipple posts did not meet Community Guidelines, despite the fact that the demonstrators were technically covered and making a political statement, both facts which should have helped exempt them from the sites’ stringent policing of women’s nipples.

While Facebook is technically well within their rights to monitor user content on their sites, they have drawn harsh criticism for the uneven application of their policies on nudity and the effect that it has on artists, models, and others who rely on the platforms to connect with their audiences and display their work to prospective buyers. Public toplessness is actually legal in New York (and has been since 1992), which further highlights the contrast between Facebook’s policies and the customers it serves.

Svetlana Mintcheva, Director of Programs at NCAC, said in a statement, “We recognize that moderating content for billions of users is challenging and draw the line between art and images that are not art is hard. Yet, if Facebook and Instagram want to be platforms for artists, they need to modify their current overbroad ban on photographic nudity, which harms artists who work with the human body, especially those exploring issues of gender and identity. We urge the company to adopt an art-friendly policy developed with the help of a group of global stakeholders, such as arts advocates, historians, curators and artists.”

It seems frustratingly unlikely that Mintcheva, the protestors, or others will ever truly be heard by Facebook or influence any policy changes. Since the passage of SESTA-FOSTA, the social sites have been working hard to minimize their chances of prosecution for facilitating sexual trafficking. Despite having publicly taken meetings with groups such as the Adult Performers Advocacy Guild, no real adjustments have been seen in Facebook or Instagram’s community guidelines. Regardless of lip service to users, the social media giant has too much to lose to take what they obviously view as an inherent risk in displaying women’s nipples.